BACK TO THE MASS ROCKS: Ireland's Heartbreaking Apostacy 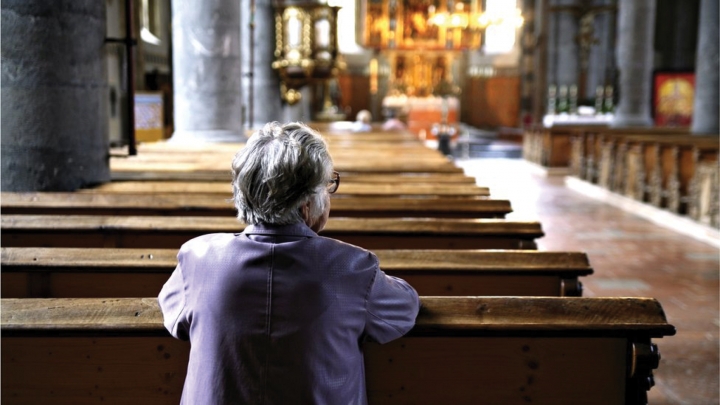 The Republic of Ireland has been in lockdown since late December, and Masses with a congregation have been banned for over a year. Priests allowing people to attend worship services face fines of over $500. There are whispers of dissent, but precious little from the shepherds of the Emerald Isle.

Last week, however, an Irish bishop warned that the public’s patience was “wearing thin” over the ban on religious services:

LEICESTER, United Kingdom – Church leaders in Ireland are calling on the government to take the spiritual needs of the population into consideration, noting the country is the only one in Western Europe to continue to ban public worship due to the COVID-19 pandemic.

“I must speak out to represent the voices of a very large cohort of people who are growing increasingly weary of being unable to attend Mass and whose spiritual and mental wellbeing is being eroded. Their patience is wearing thin. They are frustrated and feel unrepresented and discriminated against,” said Bishop Alphonsus Cullinan of Waterford and Lismore.

But the Irish government shows no sign of heeding the warning:

The Irish Catholic newspaper reports that businessman Declan Ganley has been advised by the State that it is indeed illegal to either attend or hold acts of public worship.

No other country in Western Europe is currently banning public worship, and only three in Eastern Europe are doing so.

Mr Ganley has brought a legal challenge against the part of the law enforcing lockdown that seems to affect public worship. Last week, the High Court asked the State for its interpretation of its own law and whether it does, in fact, prohibit public worship.

At the weekend, Declan was informed that this is, in fact, the case.

Last October, Independent TD, Michael McNamara, warned that the law would have this effect. The Iona Institute reported this at the time and said a priest could potentially go to prison for saying Mass in public, as could any cleric who holds public worship.

We now have the example of Fr PJ Hughes in Cavan who continues to allow members of the public to attend Mass in his church. He has been issued with a fine for €500 which he refuses to pay and now faces the prospect of arrest and imprisonment… Read the rest HERE.

Remnant Comment: In recent years, by popular referendum, the people of Ireland removed from their Constitution the prohibition of divorce and abortion and legalized same-sex "marriage." They also elected an open homosexual as Prime Minister who has made Mass illegal under the guise of covid. It has become a "mission territory." I guess some Catholics are going across the border to Northern Ireland, a part of the UK, to Mass. If you read this article, notice that the local police are cooperating with injustice just as they are throughout the U.S. The police enforce laws for the state, not for you. Maybe someday people will have a more forgiving attitude toward the Germans who did evil acts under orders from the Nazi State.

[Comment Guidelines - Click to view]
The Remnant values the comments and input of our visitors. It’s no secret, however, that trolls exist, and trolls can do a lot of damage to a brand. Therefore, our comments are heavily monitored 24/7 by Remnant moderators around the country.  They have been instructed to remove demeaning, hostile, needlessly combative, racist, Christophobic comments, and streams not related to the storyline. Multiple comments from one person under a story are also discouraged. Capitalized sentences or comments will be removed (Internet shouting).
The Remnant comments sections are not designed for frequent personal blogging, on-going debates or theological or other disputes between commenters. Please understand that we pay our writers to defend The Remnant’s editorial positions. We thus acknowledge no moral obligation whatsoever to allow anyone and everyone to try to undermine our editorial policy and create a general nuisance on our website.  Therefore, Remnant moderators reserve the right to edit or remove comments, and comments do not necessarily represent the views of The Remnant.
back to top
Last modified on Friday, April 9, 2021
Tweet
More in this category: « Conservatives Push Back Against Great Reset #SupportGeorgia RACIAL UNREST IN MINNEAPOLIS: The Second Wave »