The Equality Act: Nothing Equal About It 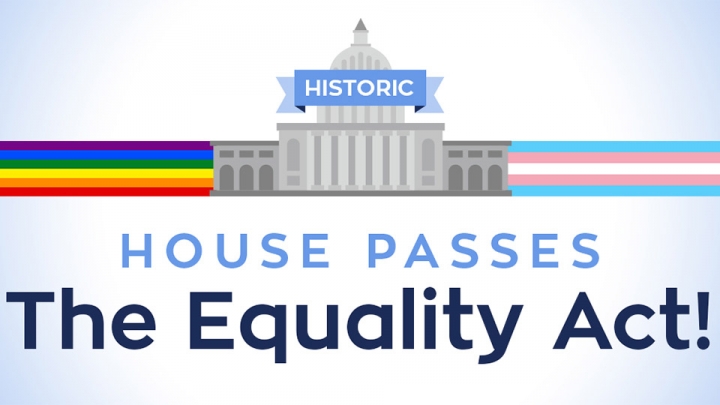 The Equality Act is terribly misleading and not only threatens religious liberty, but freedom of speech and rights of conscience.
_______

Too often words are used to assuage reality. Verbiage and euphemisms can be useful in certain circumstances, but language should never be manipulated to camouflage wickedness.

The U.S. House is set to vote on the Equality Act.  Sounds innocent enough.  After all, what red-blooded American is against equality?

The Equality Act is terribly misleading and not only threatens religious liberty, but freedom of speech and rights of conscience.  It would make gender identity and sexual orientation a protected class, turning biological and biblical truth on its head.

A few highlights of the bill include:

Despite its name, there is no balance of LGBTQ rights with traditional religious rights.  The bill should be renamed: The Cancel Culture Enabling and Enforcement Act.

The LGBTQ movement has successfully hijacked the Civil Rights Act, while specifically denying exemptions for religious freedom granted under the RFRA – a bill passed with overwhelming bipartisan support sponsored by then-Congressman Chuck Schumer.  Today, relying on now-Senator Schumer to safeguard religious liberty is like trusting the dog to find who stole the steak off your plate.

The Equality Act would suppress the Constitutional rights of 97% in the name of the other three percent.  Anyone who disagrees or questions it is cancelled as a hate-filled bigot.

A Christian ecumenical pushback is brewing and is the only way to protect our rights and be the catalysts for a spiritual and moral awakening.  The hour is late, but not over.  Contacting your Congressional representatives in both houses is a must.

“The Equality Act is, without a doubt, the most radical assault on religious liberty, the right to life, and privacy rights ever packaged into one bill.”

“The Equality Act represents the most invasive threat to religious liberty ever proposed in America and effectively turn Billy Graham into Jim Crow.”  President of Family Research Council Tony Perkins called it the “Inequality Act” saying, “It is an attack on parental rights, women’s sports, but to the millions of people of faith in this country, it is an egregious attack on the freedom to believe and live according to those beliefs.  It would position the government to lord over churches and other faith-based institutions … for not falling in step with a view of human sexuality that directly contradicts orthodox biblical teaching.”

No institution or person of faith will escape the Orwellian reach of the Equality Act and what everyone will learn is when equality comes before freedom, we get little of either.

Your president plans to fulfill his campaign promise to pass the bill in his first one hundred days and with Democrats controlling Congress, prospects are favorable.  However, given the Senate’s fifty-fifty partisan split, it would only take one Democrat to break ranks, while any tiebreaker is decided by Vice President Harris.

The Equality Act is another sterling example of how chaos and ignorance reign when biblical truth is vanquished by a morally and financially bankrupt government.  Leftists, blinded by their pride, cannot see how they are rushing headlong into destruction and taking the rest of us with them.

Is this the legacy we want our children to inherit?