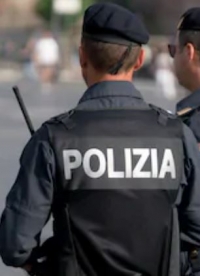 The Italian Vicit Leo association, an organisation whose members are specialists operating in the fields of law, natural science, and ethics, has announced that it has filed criminal complaints with the Court of Rome against the Minister of Health, Roberto Speranza, and against representatives of the Technical Scientific Committee and the Higher Institute of Health. The association, which is closely associated with Monsignor Carlo Maria Viganò, accuses Speranza and others of very serious crimes committed during the COVID-19 emergency.

Vicit Leo had intended also to pursue criminal charges against directors and employees of the World Health Organisation operating in Italy but the WHO, a United Nations body, is claiming diplomatic immunity for its employees.

In July 2020 Vicit Leo hosted a press conference in Rome entitled 'Delenda WHO' (The WHO must be destroyed). Journalists from the Italian State broadcaster RAI were present at the event and later began their own investigation based on evidence presented by conference speakers. The result of their investigation aired in a major TV documentary at the end of November called 'La consapevole foglia di fico'.

Following this documentary and presumably in light of Vicit Leo preparing to pursue criminal charges against the 'Health Dictatorship', a number of people who work in various capacities alongside Vicit Leo have suffered dawn raids, and general harassment and intimidation, from the police and other official bodies on spurious grounds.

For further information Vicit Leo can be contacted at This email address is being protected from spambots. You need JavaScript enabled to view it.

[Comment Guidelines - Click to view]
The Remnant values the comments and input of our visitors. It’s no secret, however, that trolls exist, and trolls can do a lot of damage to a brand. Therefore, our comments are heavily monitored 24/7 by Remnant moderators around the country.  They have been instructed to remove demeaning, hostile, needlessly combative, racist, Christophobic comments, and streams not related to the storyline. Multiple comments from one person under a story are also discouraged. Capitalized sentences or comments will be removed (Internet shouting).
The Remnant comments sections are not designed for frequent personal blogging, on-going debates or theological or other disputes between commenters. Please understand that we pay our writers to defend The Remnant’s editorial positions. We thus acknowledge no moral obligation whatsoever to allow anyone and everyone to try to undermine our editorial policy and create a general nuisance on our website.  Therefore, Remnant moderators reserve the right to edit or remove comments, and comments do not necessarily represent the views of The Remnant.
Last modified on Monday, February 8, 2021