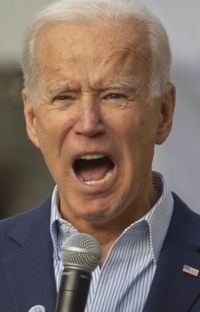 The unprecedented events since November’s election have left many Americans angry, bewildered and disenfranchised.  Millions believe the vote was rigged and such strong sentiments do not bode well for future political bipartisanship.

In one breath the new president called for “unity and healing” and in another Joe Biden called Trump voters “domestic terrorists.”  Moreover, nothing says “unity and healing” like the Democrat controlled House of Representatives conducting a second impeachment only days before a presidential inauguration.

Biden also said the events at the Capitol “do not reflect true America, do not represent who we are.”  Since 1973, over 62 million lives of the most innocent among us were killed through abortion.  We have codified into law that a women’s right to an abortion is greater than the unborn’s right to life.  Riotous behavior is very much its cause and effect and the reflection it produces, like it or not, is indeed who we are.

Our founding documents profess “life, liberty and the pursuit of happiness.” Liberty, and the pursuit of anything, is impossible when your life is taken from you.  In an ironic twist of presidential proportion, Biden’s inauguration is just two days before the 48th anniversary of the Supreme Court decision that legalized abortion in Roe v. Wade.

Abortion has corrupted our entire political and judicial systems and its poisonous fruit continues to wreak havoc and liability across our fruited plain.  Like the appalling Dred Scott decision in 1857 regarding slavery, Roe v. Wade deals with the very heart of what it means to be human.  And in both decisions the Supreme Court got it terribly wrong.

Many Americans abandoned biblical morality decades ago and our political and judicial systems have followed suit by conceding to abortion, redefining marriage and gender that has nothing to do with the Constitution.

Under a Biden/Harris administration expect more of the same with the longstanding Hyde Amendment clearly in their crosshairs.  Since 1976, the Hyde Amendment blocked federal tax dollars from paying for abortions.

Anyone is free to support abortion providers, but forcing those with the First Amendment protected freedom of religion to pay for something that is in direct violation of their faith was a bridge too far, even for Democrats.  Tragically, this is no longer the case for Biden, a "practicing" Catholic who once supported the Hyde Amendment, or for the political party he leads.

Former Democrat congressman Dan Lipinski, who lost his March 2020 primary after serving for 16 years in Illinois’ Third Congressional District and was one of only two pro-life Democrats in the House, said his party would be committing a “terrible political mistake” by trying to enact taxpayer-funded abortion by repealing the Hyde Amendment.  Once upon a time in America, Joe Biden was pro-life, but over the last generation, “pro-life and Democrat” became a definitive oxymoron.  New House Appropriations chair Democrat Rosa DeLauro is advocating for Hyde’s repeal, and with new Vice President Kamala Harris being the deciding vote in the Senate, things remain most favorable.

Democrats claim to “follow the science” but as bestselling author, George Neumayr, writing in American Spectator underscored, Democrats “can stare at a sonogram of an unborn child and deny the child’s existence, while presenting the most conjectural climate change reports as ironclad fact.”

If Biden means business about being “a president for all Americans” and that includes those in their mother’s womb, he should leave the Hyde Amendment alone and tell the impeachers to stand down. On the eve of a presidential inauguration, impeachment only deepens the divide in an already intensely polarized nation.

Biden should heed a lesson from history when President Gerald Ford in 1974 pardoned his predecessor, Richard Nixon, which spared the nation a drawn-out trial over Watergate.  In retrospect, the decision probably cost Ford the presidential election two years later, but history has looked favorably on Ford’s clemency that at that time was unpopular, but the right course of action.  As president, one would think Biden would want to resolve any fraud about the electoral process and ballot manipulation to ensure honest future elections.

What’s needed is the political will to get it done.

It is called leadership and it’s Biden’s ball.

[Comment Guidelines - Click to view]
The Remnant values the comments and input of our visitors. It’s no secret, however, that trolls exist, and trolls can do a lot of damage to a brand. Therefore, our comments are heavily monitored 24/7 by Remnant moderators around the country.  They have been instructed to remove demeaning, hostile, needlessly combative, racist, Christophobic comments, and streams not related to the storyline. Multiple comments from one person under a story are also discouraged. Capitalized sentences or comments will be removed (Internet shouting).
The Remnant comments sections are not designed for frequent personal blogging, on-going debates or theological or other disputes between commenters. Please understand that we pay our writers to defend The Remnant’s editorial positions. We thus acknowledge no moral obligation whatsoever to allow anyone and everyone to try to undermine our editorial policy and create a general nuisance on our website.  Therefore, Remnant moderators reserve the right to edit or remove comments, and comments do not necessarily represent the views of The Remnant.
back to top
Last modified on Sunday, January 17, 2021
Tweet