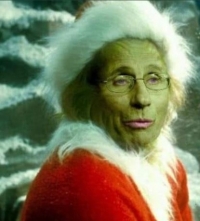 American religiosity has been in decline for more than a generation and with the added fear of COVID-19, many Christian leaders have deserted their flocks.

Welcome to Christmas 2020, where the biggest crisis is not a virus but a lack of faith.  Church leaders have conceded to government diktats in this era of COVID-19 in a doleful attempt to brand themselves as benevolent.

The Constitutional right to freely worship, virus or not, was underscored with the recent Supreme Court ruling prohibiting arbitrary limits on church attendance.  Despite the court’s 5-4 decision, religious liberty has never been in more need of defense, especially when New York Gov. Andrew Cuomo dismissed the ruling as “irrelevant” and “political.”

California Gov. Gavin Newsom had imposed a 10 p.m. curfew, which would have made attending Christmas midnight Mass, a criminal offense.  Perhaps Newsom would find Mass more acceptable if it were celebrated in the French Laundry restaurant – site of his crowded birthday party?  This is another example of directives made by the faithless affecting the faithful in the ongoing leftist agenda to secularize America.

Archbishop Fulton Sheen would be appalled how the church hierarchy has acquiesced to the state.  The state prohibits Alcoholics Anonymous meetings, yet liquor stores remain open.  Churches should have had the same rights as beer distributors, pot smokers and abortion clinics – all deemed essential.

Mandatory masking, overflowing hand sanitizer, and social distancing are in vogue in houses of worship, but what is missing are the children.  Churches will not survive without them.  Few in the pews are under age 50.  Sign-up sheets, roped off pews, and parking lot services did little to bring anyone back, let alone evangelize.

Limiting, or worse, cutting off sacramental grace from Christ’s mercy has only deepened the divide.  The science supporting lockdowns has failed to stop the spread, and may prove deadlier than the virus it was meant to heed.

If anything, COVID-19 underscores daily that no human endeavor can prevent our eventual death from any cause.

Any government that has the authority to restrict your livelihood, family gatherings, and houses of worship is worse than any virus.  The alternative is subservience, empty pews, and lost souls.

The COVID-19 generation may never come back.  The unrelenting attack on Christianity will never cease until the faithful stop kowtowing to tyrants.  Science isn’t going to save you and it is no coincidence Democrats are leading the charge.  What do you expect from a political party that has forced religious sisters to provide for contraception?   The left knows all too well that faith can be exorcised by breaking one’s spirit and will.

Too many politicos claiming to be Christian believe Jesus Christ came to put a chicken in every pot rather than to feed souls and offer salvation.  As long as a portion of a bishop’s budget is generated from government service contracts, towing the party line will be its low-hanging fruit.

Where are the bishops’ supernatural faith?

Where are today’s St. Thomas Mores, and St. Joan of Arc’s, or Fulton Sheens?

Prophetic voices must emanate among the bishops to speak truth to this abuse of government power.  As suicides and other mental health issues increase, we need more prayer, not less.  The secularist, dictatorial governors and mayors and designated so-called experts seeking to oppress worship reveal their contradictory priorities, daily.

Christmas is not the time to take counsel of your fears, but recall the hope that only a sincere faith provides.  Has there been a year in living memory when the Christmas promise is in such demand?  The reason for the season is here, and never leaves.  Jesus was born during one of the darkest periods in human history as the Roman Empire begot moral depravity on an unparalleled scale.  Our Lord did so by entering the world in the humblest of ways to show He will go anywhere when invited.

In a remarkable sign, Jupiter and Saturn crossed paths this past week appearing as one body in the night sky.  They were closer than they have been in nearly eight centuries and was labeled the “Christmas Star.”

Many need to heed the message the angles announced that first Christmas: Fear not!

The child whose birth we celebrate is Emmanuel, “God with Us.”

If God is with us, who can be against us?

[Comment Guidelines - Click to view]
The Remnant values the comments and input of our visitors. It’s no secret, however, that trolls exist, and trolls can do a lot of damage to a brand. Therefore, our comments are heavily monitored 24/7 by Remnant moderators around the country.  They have been instructed to remove demeaning, hostile, needlessly combative, racist, Christophobic comments, and streams not related to the storyline. Multiple comments from one person under a story are also discouraged. Capitalized sentences or comments will be removed (Internet shouting).
The Remnant comments sections are not designed for frequent personal blogging, on-going debates or theological or other disputes between commenters. Please understand that we pay our writers to defend The Remnant’s editorial positions. We thus acknowledge no moral obligation whatsoever to allow anyone and everyone to try to undermine our editorial policy and create a general nuisance on our website.  Therefore, Remnant moderators reserve the right to edit or remove comments, and comments do not necessarily represent the views of The Remnant.
back to top
Last modified on Sunday, December 27, 2020
Tweet