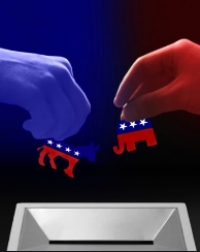 Georgia was pivotal during November’s presidential election as one of a handful of swing states that made Joe Biden, President-elect.  The Peach State will again take center stage on Jan. 5 with its scheduled runoff of two Senate seats whose importance cannot be exaggerated.

Georgia’s anticipated January election for Republicans could very well serve as a last stand against the emerging Democrat socialistic wave that is anxiously awaiting to swallow up the American Republic.

The providence of a nation depends on this historical, dual Senate runoff election that ironically are from the same state and will determine which political party controls the Senate.  Keeping Democrats from a Senate majority will serve as a buffer on the Biden-Harris agenda – at least for the first two years.

That is why Biden has Georgia on his mind and plans to campaign for Democrats Raphael Warnock and Jon Ossoff, who are outspending both Republican incumbents Sens. David Perdue and Kelly Loeffler in a campaign that is expected to exhaust in excess of $300 million.

While in Georgia, Biden’s first campaign stop will be Westview Cemetery, the state’s largest, to thank them for their unanimous support in November.

Warnock, a Baptist minister much like Obama’s former mentor and pastor the Rev. Jeremiah Wright, is beleaguered by his extremist sermons, and a 2002 arrest on obstructing a police investigation which was eventually dropped.  Meanwhile, Ossoff will have to, well, run his Ossoff, to win against Perdue, the incumbent favorite.  Ossoff is doing just that with both Democrats being aided by a boatload of cash courtesy of out-of-state Democrats.

While in Georgia, Biden’s first campaign stop will be Westview Cemetery, the state’s largest, to thank them for their unanimous support in November.

Biden may be many things, but he is not ungrateful.

Republicans need to win at least one of the two Georgia runoffs to prevent Vice President-elect Kamala Harris from casting any tiebreaking votes in a 50-50 Senate.  Of course, that is provided Republicans Mitt Romney, Lisa Murkowski and Susan Collins refuse to remain steadfast.

Losing both seats would set the stage for Democrats to end the Trump era tax cuts, pack the Supreme Court, and welcome Puerto Rico and the District of Columbia as states solidifying a Democrat majority, perhaps forever.

Trump said he will campaign for the Republicans, which is certainly in his interest, provided he plans to stay involved in national politics.  A Republican sweep would provide Trump some vindication by keeping the Senate in Republican hands. If not, then much of what Trump accomplished could be seriously endangered. 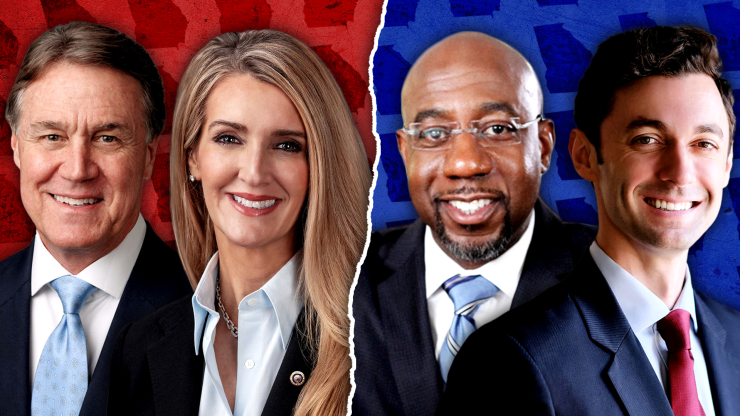 Amid the litigation and recounts, questions still linger on how legitimate November’s presidential election was as Democrats throughout the swing states spent their Thanksgiving holiday recounting their blessings.  Entering this election vortex every Georgian should be assured that its election system is fair and functioning properly.

Historically, Republicans have never lost a statewide runoff in Georgia.  There is always a first time and don’t forget that Biden was the first Democrat to win the state in 28 years.  The avenue that gave Biden the win can certainly send two Democrats to the Senate.

Democrat Stacey Abrams has registered over 800,000 new voters since being defeated for Georgia governor in 2018.  Abrams also claimed that more than 600,000 Georgians have already requested their runoff ballots.

The Dominion Voting Systems used throughout Georgia remains questionable and given how Eric Coomer, a Vice President at Dominion, has berated Trump ever since he took office and stated on his Facebook page and during an Antifa conference call: “Trump will never win, I fixed that” should give everyone reason to pause, and the DOJ and FBI a reason to investigate.

What remains to be seen is how many Georgians that were angered or frustrated by the presidential election stay home.

All registered voters should have to identify themselves with photo I.D.s and matching signatures using paper ballots.  Absentee ballots should only be reserved for medical or military reasons.

Both parties are anticipating each runoff to be close.

The stakes for our country could not be higher, especially with an impaired Biden, and an overly ambitious and woke Vice President-elect Harris, and longtime leftists cheerleaders Nancy Pelosi and Chuck Schumer.

The alternative is alarming.

[Comment Guidelines - Click to view]
The Remnant values the comments and input of our visitors. It’s no secret, however, that trolls exist, and trolls can do a lot of damage to a brand. Therefore, our comments are heavily monitored 24/7 by Remnant moderators around the country.  They have been instructed to remove demeaning, hostile, needlessly combative, racist, Christophobic comments, and streams not related to the storyline. Multiple comments from one person under a story are also discouraged. Capitalized sentences or comments will be removed (Internet shouting).
The Remnant comments sections are not designed for frequent personal blogging, on-going debates or theological or other disputes between commenters. Please understand that we pay our writers to defend The Remnant’s editorial positions. We thus acknowledge no moral obligation whatsoever to allow anyone and everyone to try to undermine our editorial policy and create a general nuisance on our website.  Therefore, Remnant moderators reserve the right to edit or remove comments, and comments do not necessarily represent the views of The Remnant.
back to top
Last modified on Sunday, December 6, 2020
Tweet