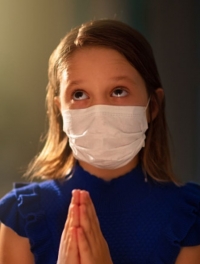 Bishops working on racism, illegal immigration rights and climate change have no time for leadership such as reported below. Four Madison County Pastors are responsible for backing down Northam. At least the ecclesial dystopia at weekday Mass is over (assuming Bishop Burbidge passes this authority to his pastors.)

In case you’ve not yet heard, we wanted to make sure you knew about a positive development that may directly impact your church. As a result of a recent lawsuit filed by four Madison County pastors against Gov. Northam’s restrictive mandates on churches, the Governor's attorneys agreed to the following: Religious services of 250 people or fewer are no longer subject to any mandatory restrictions in the Executive Orders other than EO-63 (relating to facemasks).

While this was not a recorded judicial opinion, what this essentially means is that the mandates placed specifically on churches by EO-67 (Phase 3 Restrictions – p.10) will no longer be enforced for gatherings of up to 250. (This, despite the fact that the Governor still has not amended his Order to reflect this change of tune.) That’s a pretty big deal when you consider all the things EO-67 demanded churches do for every religious service, no matter how small:

While some of these decrees have been easy enough to follow, and most churches have been more than willing to exercise serious health precautions, most of these rules were rapidly thrown up without due consideration for the nature and purposes of church/religious gatherings or the often impracticalities of such one-size-fits-all approaches. There are countless examples of how these rules might seem reasonable in some religious contexts, but yet are unworkable, if not absurd, in others. (e.g. weddings, funerals, bar mitzvahs, baptisms, Mass/communion, small churches vs. large churches, youth group and children’s events, Vacation Bible School, etc.) And that does not even get at the more fundamental issue of whether the Governor has any authority in the first place to direct the manner in which religious services are conducted inside or outside the church – and with criminal penalties for non-compliance! (We say he does not.)

So at least for now, religious services with 250 or less can freely be directed at the discretion of staff within each church – who after all care most for and know best how to accommodate their congregants – without the constant threat of a criminal citation. (Even though this should go without saying.)

We are continuing to pursue ways to reign in this Governor’s lawless power grab that apparently never ends (as long as he – and he alone – says there’s an “emergency”). Meanwhile, this latest development can fairly be seen as some ground recovered in the sustained fight to preserve religious freedom in Virginia. And it will hopefully allay some of the concerns held by many pastors and church staff.