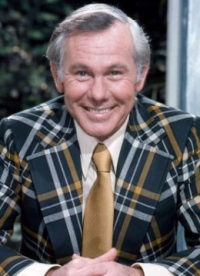 With the recent death of Carl Reiner, some perspective is in order.  The longtime actor, writer, director, and straight man for Mel Brooks believed humor fostered his longevity and his curtain call proved it by enduring two years short of a century.

For decades, Reiner’s witticisms and wisecracks were a perennial favorite that crossed generations.  He was the last regular of “Your Show of Shows” and “Caesar’s Hour” that had no hidden agenda other than obtaining laughs.  The comedians, writers and producers of Reiner’s era possessed intelligence, imagination and talent.

Today’s comedic monologues, quips and routines have been lost to angry, political diatribes that are more lecture than laughter – Fractured Farley Tales, they ain’t.

Late night television has devolved into ghastly versions of an agonizing Chris Cuomo and Maureen Dowd where self-righteous condescension is the standard.

It departed with Johnny Carson.

Even David Letterman in his later years succumbed to spreading the butter of the leftist credo.  Proving that comedy, through political correctness, had become another weapon of leftism.

The entertainment industry promotes leftism and maligns anyone who disagrees.  One’s humor is another’s insult and the left has taken this to the extreme.  Leftists are anything but funny because their partisan snark and loathing is dispiriting and adds nothing to the conversation.

Once upon a time in America, we didn’t know the personal politics of Carson, Jack Parr, Bob Hope or Carl Reiner, nor did we really care.  Comics were not intimidated by anyone or anything and every person, place and thing was fair game and everyone was in on the jokes.

Today, any political satire from the conservative or libertarian side of the house that fails to meet leftist orthodoxy is deemed hateful.  You are “racist” if you joke about Barack Obama, a “homophobe” if you poke fun at gays, “transphobic” if you do an impression of PA Secretary of Health Dr. Levine, and “sexist” if you are not on board with the platoon of fuming feminists who populate The View.

Since the time of the ancient Greeks, free societies have used political satire as a means for introspection, while at the same time keeping government in check. Autonomous and unconstrained comedic talent has the trifecta capacity to make one laugh, contemplate and think about an issue.

The problem with today’s political satire is not that it derides and ridicules. Rather, our politically correct epoch has rendered it archaic and vain.  Lost is our collective sense of humor and the unrestricted resolve to actually be amused and enjoy a good laugh.

When things are difficult and challenging, we find the humor in it not because it will change the situation, but because it can help alleviate how we feel about it. Jokes are rarely singular in meaning as there is always an undefined nuance to every quip.

With the ability to laugh and make fun of ourselves lost, everyone loses.  Few, if any, of the old great comedians would exist today.  Plenty of comics, even those who are non-ideological, make it a point to avoid college campuses with their interrogational and hypercritical environment.

“We have become stupidly politically correct, which is the death of comedy,” Mel Brooks said in 2017.  This lack of humor is a legacy of the leftist orthodoxy that is sweeping the country.

In leftism’s utopia, nothing would be allowed to be funny unless they declared it so.  Think of the comedy talents of Yakov Smirnoff, or the minions leading North Korea.

Is this what we need, or worse, want?

Perhaps the joke is on us on how we used to laugh.

Psychologists tell us that possessing a sense of humor does indeed matter.  Sigmund Freud believed there was no better human interaction than two people laughing at the same joke.

Popular culture was once defined by its willingness to challenge, enlighten and awaken.  Artists, musicians, comedians and writers enriched us by delivering specific slights to the sensibilities of those who were cultural avatars and lawmakers.  Today’s performers mostly fall over each other to demonstrate how much they are “woke” with leftist bona fides.

They may believe themselves to be woke, but in reality they are on life support.

And we are all poorer because of it.

[Comment Guidelines - Click to view]
The Remnant values the comments and input of our visitors. It’s no secret, however, that trolls exist, and trolls can do a lot of damage to a brand. Therefore, our comments are heavily monitored 24/7 by Remnant moderators around the country.  They have been instructed to remove demeaning, hostile, needlessly combative, racist, Christophobic comments, and streams not related to the storyline. Multiple comments from one person under a story are also discouraged. Capitalized sentences or comments will be removed (Internet shouting).
The Remnant comments sections are not designed for frequent personal blogging, on-going debates or theological or other disputes between commenters. Please understand that we pay our writers to defend The Remnant’s editorial positions. We thus acknowledge no moral obligation whatsoever to allow anyone and everyone to try to undermine our editorial policy and create a general nuisance on our website.  Therefore, Remnant moderators reserve the right to edit or remove comments, and comments do not necessarily represent the views of The Remnant.
back to top
Last modified on Wednesday, August 19, 2020
Tweet