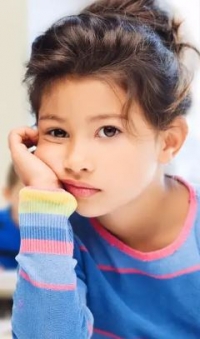 Throughout the mainstream media, leftist doomsayers and their cronies in the Democratic Party are all engaged in a synchronized effort to keep people fearful and locked down. Given that COVID-19 is not the killer we were led to believe, it has turned the opening of public schools into a political maelstrom.

Public education is a huge enterprise that spends $680 billion a year with 51 million students and six million teachers and staff complimented by tens of millions of parents.

Earlier this year schools were opened for months as COVID made its presence felt.  The Centers for Disease Control and Prevention released “The Importance of Reopening Americans Schools this Fall” and acknowledged what has been known for months: “COVID-19 poses relatively low risks to school aged children.  Deaths of children are less than in each of the last five flu seasons.”

The former chief of neurology at Stanford University Medical Center Dr. Scott Atlas said House Speaker Nancy Pelosi’s claim that reopening schools will expose children to the “biggest risk for the spread of the coronavirus” is an example of the “ludicrous” level of “hysteria” pushed by Democrats.  “That’s just completely wrong, and contrary to all the science.  The risk to children from this disease and the fatality is nearly zero.”

Cases in low-risk populations is exactly how we are going to get herd immunity, population immunity, when low risk people with no significant problem handling the virus, which is basically 99 percent of people, get this and they become immune and they block the pathways of connectivity to more contagious, older, sicker people.”

Missing school can have serious consequences for child health and wellbeing, particularly for students with disabilities or with special healthcare needs,” said President Sally Goza.  Students physically in school, she added, “learn social and emotional skills, get healthy meals and exercise, and mental health support. Schools help identify and address learning deficits, physical abuse, substance use, depression, and suicidal ideation. These are all critical reasons to get children back to school.”

As more data becomes available, COVID is similar to the 1957-58 Asian flu in terms of both mortality and infectiousness.  It resulted in 116,000 deaths, which is equivalent to 255,000 deaths relative to today’s population.  There were few school closures, a modest economic impact, and practically no political repercussions.  The risk is four times greater to be struck by lightning on the way to school than for a child to be infected.

The biggest risk to teachers and Americans in general is obesity, not COVID.

If you are one who believes it takes a village to raise a child, it will take a vineyard to homeschool, particularly among parents not vested in their children’s education.  Parents need to know if they are buying school clothes and laptops, or more booze.  Meanwhile, Democrats cannot decide if children are in more danger in school or at home watching Fox News.

Cynicism aside, an unstructured home will only serve to increase achievement gaps as many must juggle their work-from-home gigs with their children’s’ school needs, while sharing electronic devices and limited bandwidth.

Parents will face difficult choices and the economic recovery will remain shackled.

Philadelphia Superintendent William Hite warned children “will fall through the cracks, which may result in an increase in crime.”

The overwhelming evidence from science to economics argues for schools to reopen.  If Black Lives Matter protests and riots are allowed to continue, then it is safe enough to revive the school year on time.

If schools are delayed valuable instruction time will be impossible to make up.

The pandemic does present itself as an opportunity for an educational renaissance, provided administrators realize what lies in front of them and are insightful enough to take full advantage.  You never hear anything about such things because it doesn’t fit the left-wing agenda, which the media is partnered to.

School attendance will only increase herd immunity, which begs the question why did schools close in the first place?

The harm of lost teaching far outweighs the consequences as the stakes could not be higher: A decent education is often the one best chance for a better life.

More in this category: « A Major League Whiff Join the 900 Mass Novena for President Trump »