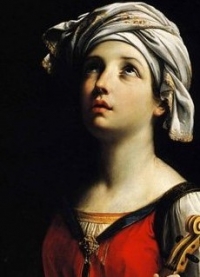 The Remnant's Lives of the Saints...

THE LOMBARDY REGION of Italy is today the site of great devastation and death by the coronavirus. This area has a long Catholic heritage. The Lombards were fierce barbarians who invaded the region of Italy after the fall of the Roman Empire. They, as other invaders, were converted to the Catholic Faith.

St. Cecilia has a connection with both Italy and the Lombards. St. Cecilia was a Second Century virgin and martyr. She is also the patron of church music. Her representations in church art often give no hint of the fact that she lived and died in the turbulent times of the bloody Roman persecution, and even her church in the Trastevere section of Rome and her tomb were subject to disruption. It is because of this that she is a saint that we can turn to in the dangers, turbulence and uncertainty of today.

St. Cecilia was born into the family of a Roman senator. She was a Catholic from birth and she took a vow of virginity.

Nevertheless, she was given in marriage to Valerianus, a pagan Roman. When Cecilia told him that she had a vow of virginity and was protected by an angel who would kill anyone who violated her, Valerianus asked to see the angel. She told him that he must first be baptized, and he could achieve this by going to the third milestone of the Appian Way.

Valerian was baptized there by Bishop Urban, the future pope. When Valerianus returned home, he saw the angel. The angel crowned them both with roses and lilies... [Continued in the April 15th Remnant Newspaper]

The April15th issue of The Remnant Newspaper shipped last week. 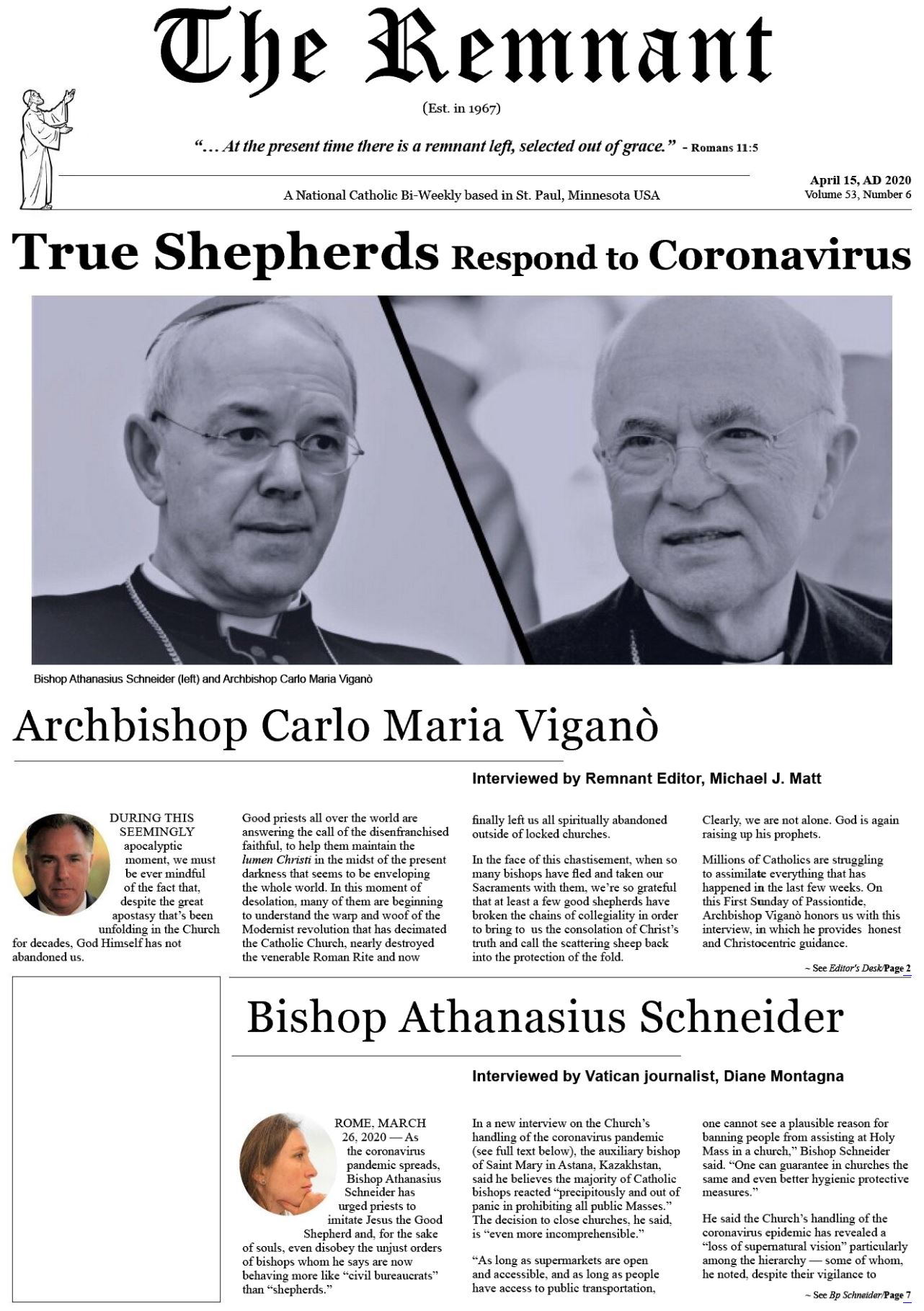 [Comment Guidelines - Click to view]
The Remnant values the comments and input of our visitors. It’s no secret, however, that trolls exist, and trolls can do a lot of damage to a brand. Therefore, our comments are heavily monitored 24/7 by Remnant moderators around the country.  They have been instructed to remove demeaning, hostile, needlessly combative, racist, Christophobic comments, and streams not related to the storyline. Multiple comments from one person under a story are also discouraged. Capitalized sentences or comments will be removed (Internet shouting).
The Remnant comments sections are not designed for frequent personal blogging, on-going debates or theological or other disputes between commenters. Please understand that we pay our writers to defend The Remnant’s editorial positions. We thus acknowledge no moral obligation whatsoever to allow anyone and everyone to try to undermine our editorial policy and create a general nuisance on our website.  Therefore, Remnant moderators reserve the right to edit or remove comments, and comments do not necessarily represent the views of The Remnant.
back to top
Last modified on Wednesday, April 29, 2020
Tweet