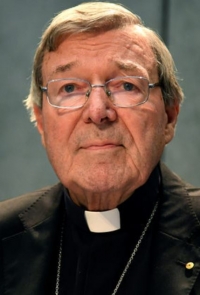 The Australian Catholic Bishop's conference, however, would like to remind us that "the result today does not change the Church's unwavering commitment to child safety and to a just and compassionate response to survivors and victims of child sexual abuse."

Apparently the Australian bishops are fine with the Vatican's abandonment of obviously-falsely accused shepherds, and would like to pretend that Pell is still perhaps a threat; much like some folks would still like to call the coronavirus the worst thing since the Black Plague.

Cardinal Pell's first public statement since his imprisonment is making the rounds on social media:

[Comment Guidelines - Click to view]
The Remnant values the comments and input of our visitors. It’s no secret, however, that trolls exist, and trolls can do a lot of damage to a brand. Therefore, our comments are heavily monitored 24/7 by Remnant moderators around the country.  They have been instructed to remove demeaning, hostile, needlessly combative, racist, Christophobic comments, and streams not related to the storyline. Multiple comments from one person under a story are also discouraged. Capitalized sentences or comments will be removed (Internet shouting).
The Remnant comments sections are not designed for frequent personal blogging, on-going debates or theological or other disputes between commenters. Please understand that we pay our writers to defend The Remnant’s editorial positions. We thus acknowledge no moral obligation whatsoever to allow anyone and everyone to try to undermine our editorial policy and create a general nuisance on our website.  Therefore, Remnant moderators reserve the right to edit or remove comments, and comments do not necessarily represent the views of The Remnant.
back to top
Last modified on Monday, April 6, 2020
Tweet