Germany's Federal Constitutional Court rules that the right to die includes the freedom to “rely on the voluntary help of another person.” 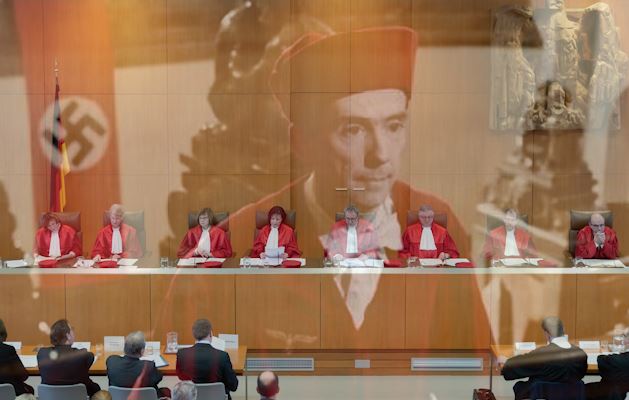 Shades of things that already came.
(Roland Freisler must be laughing in Hell)
Credit...

So, here we go again. Germany’s highest court has overturned a ban on medically assisted suicide. This means that Germans wanting to end their own lives, or help someone else end theirs, will no longer have to leave the country to get the job done.

According to a New York Times report, Hermann Gröhe, a former health minister who helped create the original ban on assisted suide, told reporters he believes the decision "would pave the way toward the normalization of suicide as a treatment option.”

Beatrix von Storch, a member of the far-right Alternative for Germany party, said the decision would have wide-ranging consequences and would create “a cult of death.”

Welcome to the New World Order.

[Comment Guidelines - Click to view]
The Remnant values the comments and input of our visitors. It’s no secret, however, that trolls exist, and trolls can do a lot of damage to a brand. Therefore, our comments are heavily monitored 24/7 by Remnant moderators around the country.  They have been instructed to remove demeaning, hostile, needlessly combative, racist, Christophobic comments, and streams not related to the storyline. Multiple comments from one person under a story are also discouraged. Capitalized sentences or comments will be removed (Internet shouting).
The Remnant comments sections are not designed for frequent personal blogging, on-going debates or theological or other disputes between commenters. Please understand that we pay our writers to defend The Remnant’s editorial positions. We thus acknowledge no moral obligation whatsoever to allow anyone and everyone to try to undermine our editorial policy and create a general nuisance on our website.  Therefore, Remnant moderators reserve the right to edit or remove comments, and comments do not necessarily represent the views of The Remnant.
back to top
Last modified on Thursday, February 27, 2020
Tweet