Edward Pentin on the Munich Demonstration Against German Bishops 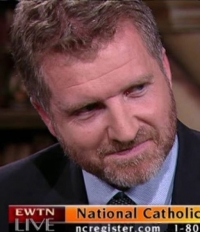 Edward Pentin:  MUNICH — Lay faithful from around the world stood for an hour in silent prayer in the center of the Bavarian city of Munich today to ask Pope Francis and Germany’s bishops for “clarity and coherence” and an end to “dissimulation and deception.”

The group of around 130 laity, including Germans, Italians, Americans, Austrians, Brazilians, Canadians and Chileans, made the appeal due to concerns about the German bishops’ two-year “synodal path” that fully gets underway with its first general assembly on Jan. 30.

Among those present at the event was retired apostolic nuncio to the United States and whistleblower Archbishop Carlo Viganò, making his first public appearance since he went into hiding after issuing his scathing testimony in criticism of recent Church leadership in August 2018.

The participants gathered under the name Acies Ordinata, a Catholic title reserved for Our Lady who assembles an army of the faithful to defeat her enemies.

In a Jan. 18 statement, they asked Pope Francis to state if he agrees with the “doctrinal deviations” that they say are supported by many German bishops.

… The participants also appealed to the German episcopacy to be “just as coherent” in following the synodal path “to its logical end-point” which, the statement asserted, is a “new church, with a German-Amazonian face” that is “separate” from the Catholic Church.

REMNANT COMMENT: Edward Pentin’s presence at the Acies Ordinata offers some idea of the nature and importance of this event.  In the age of social media and self-promotion demonstrations, the Acies Ordinata stands out as something different which even attracts the attention of topnotch journalists such as Pentin.

The point and purpose of it is not to impress with large numbers. The idea is to set up a Catholic “strike force”, if you will, that is light, maneuverable and can be set up fairly quickly to make a specific statement anywhere in the world.  To accomplish this, invitations are sent to representatives in media and Catholic action to take part in the event or to cover it.  Participants stand in silent protest for one hour, praying the rosary. Like St. John at the foot of the Cross, they stand in silent witness to the truth, followed by millions of Catholics around the world. 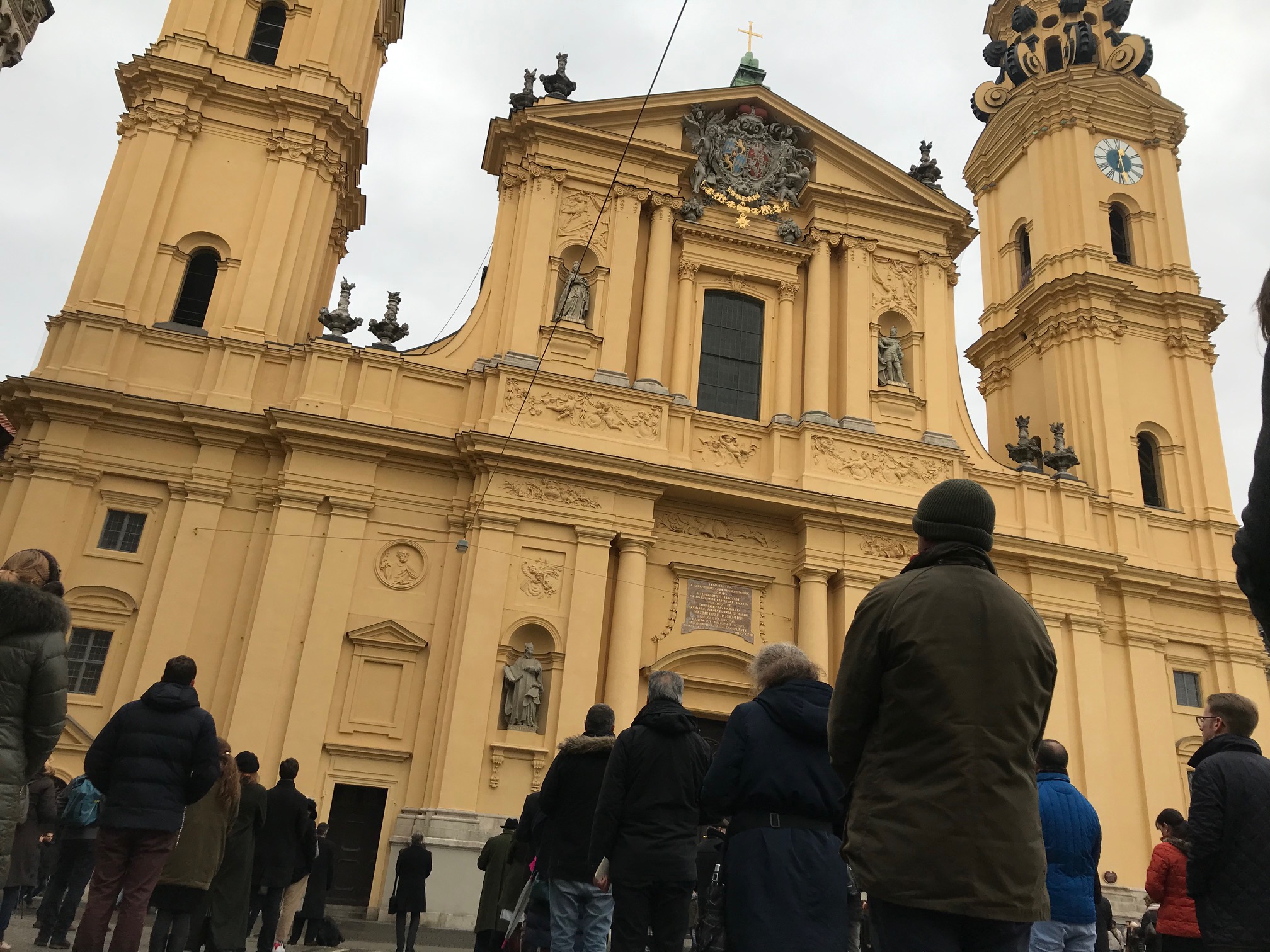 If you want large demonstrations of traditional Catholic force, consider joining Remnant Tours on the Chartres Pilgrimage where as many as 20,000 take to the streets in prayer and pilgrimage. Or come to this year’s Catholic Identity Conference. But the Acies Ordinata is not like other events and it’s not supposed to be. It’s a lay-run initiative and it’s so successful that in Munich this year, the great Archbishop Carlo Maria Viganò came out of hiding to join in demonstration.

May God bless and keep the good men and women who organize this powerful public statement. MJM 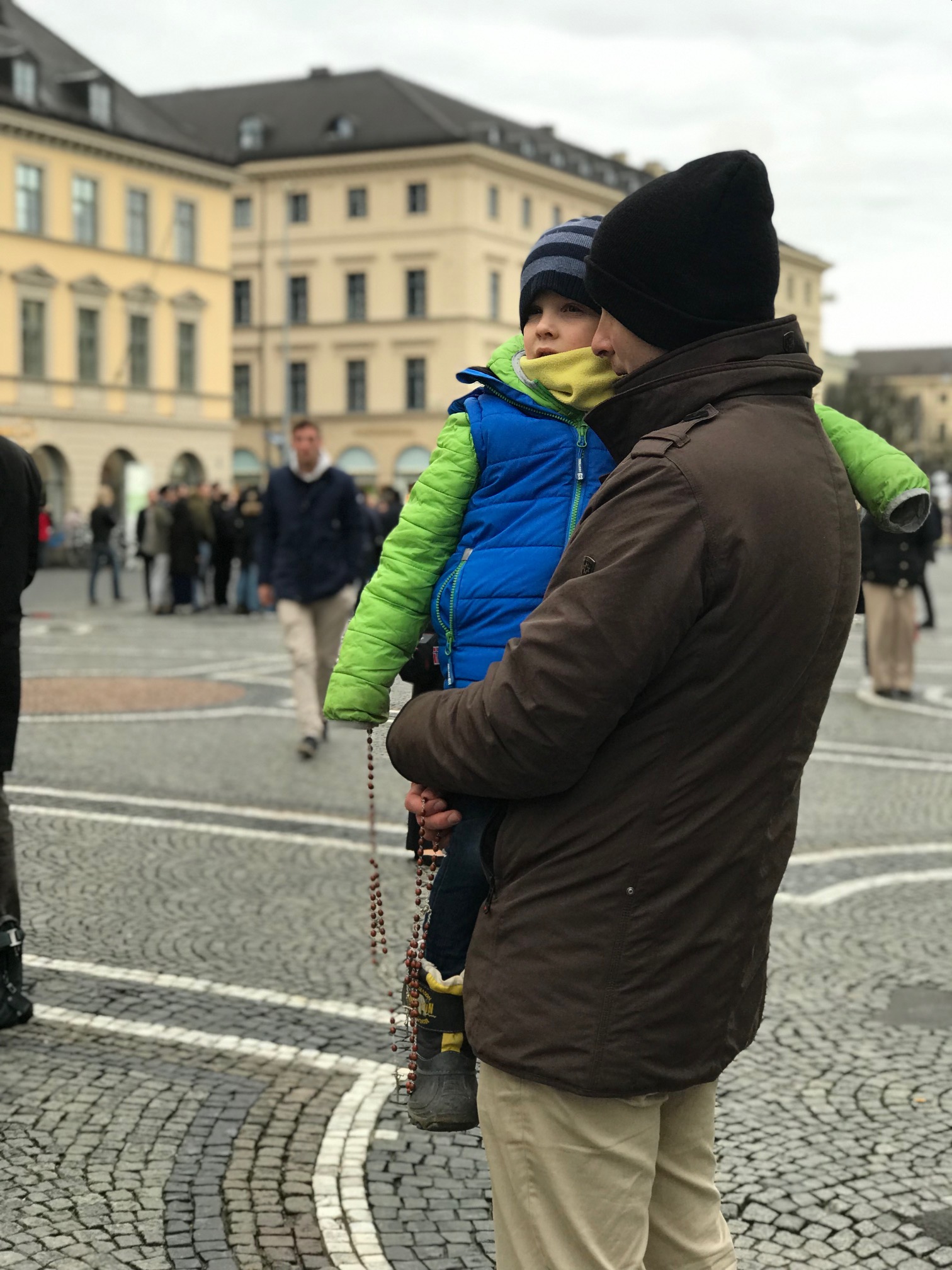 [Comment Guidelines - Click to view]
The Remnant values the comments and input of our visitors. It’s no secret, however, that trolls exist, and trolls can do a lot of damage to a brand. Therefore, our comments are heavily monitored 24/7 by Remnant moderators around the country.  They have been instructed to remove demeaning, hostile, needlessly combative, racist, Christophobic comments, and streams not related to the storyline. Multiple comments from one person under a story are also discouraged. Capitalized sentences or comments will be removed (Internet shouting).
The Remnant comments sections are not designed for frequent personal blogging, on-going debates or theological or other disputes between commenters. Please understand that we pay our writers to defend The Remnant’s editorial positions. We thus acknowledge no moral obligation whatsoever to allow anyone and everyone to try to undermine our editorial policy and create a general nuisance on our website.  Therefore, Remnant moderators reserve the right to edit or remove comments, and comments do not necessarily represent the views of The Remnant.
back to top
Last modified on Tuesday, January 21, 2020
Tweet

More in this category: « APOSTASY AND OLD LACE: Do We Have an Uncle Benny Brewster in the Attic? Class Action Filed Against USCCB »