THE CLEESHEA: A Motley Crew of Trump Haters 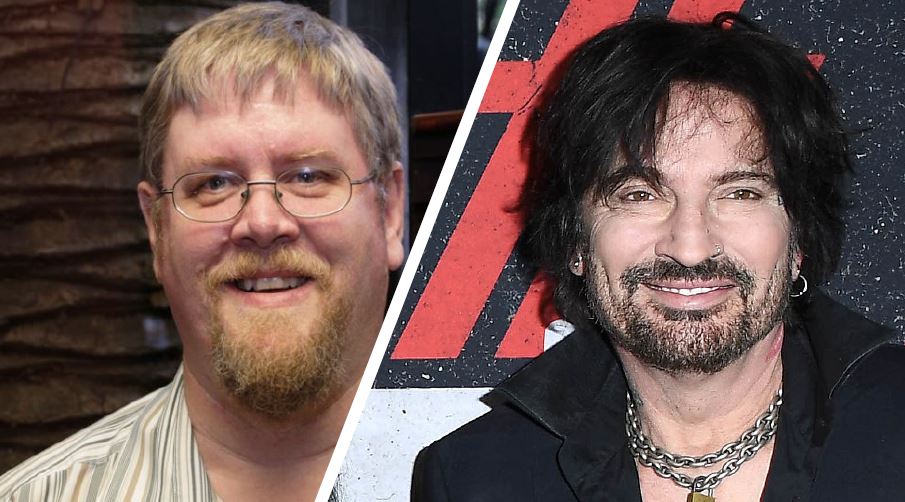 Behold the fearless haters of Donald Trump. Righteous in their resolve, they’ll do anything to help the world understand how woke they are. Some of them—the few, the proud, the goateed—will go so far as to cuss and swear about it in front of God and everybody.

Each a rock star in his own right, these two bodacious boomers are going where every be-gauged, tattooed, Starbucked, social justice warrior has gone before—to the cliched heights of profanity-laced Trump bashing.

Poet philosophers, it’s almost like the Chesterbelloc thing all over again, only let’s call it the Cleeshea. Together they make one thing clear: As 2020 draws nigh, the Trump Haters are going to be dropping a lot more F-bombs.

Adjective, verb, noun—you name it, the F-bomb says it all when it comes to the profundity of the anti-Trump brigades.

Let’s start with Mötley Crüe's drummer, Tommy Lee—the has-been rocker with something to say. His tweet last weekend was super woke. I mean, he woked and woked on it because it’s not only against Trump but also the horse he rode in on: 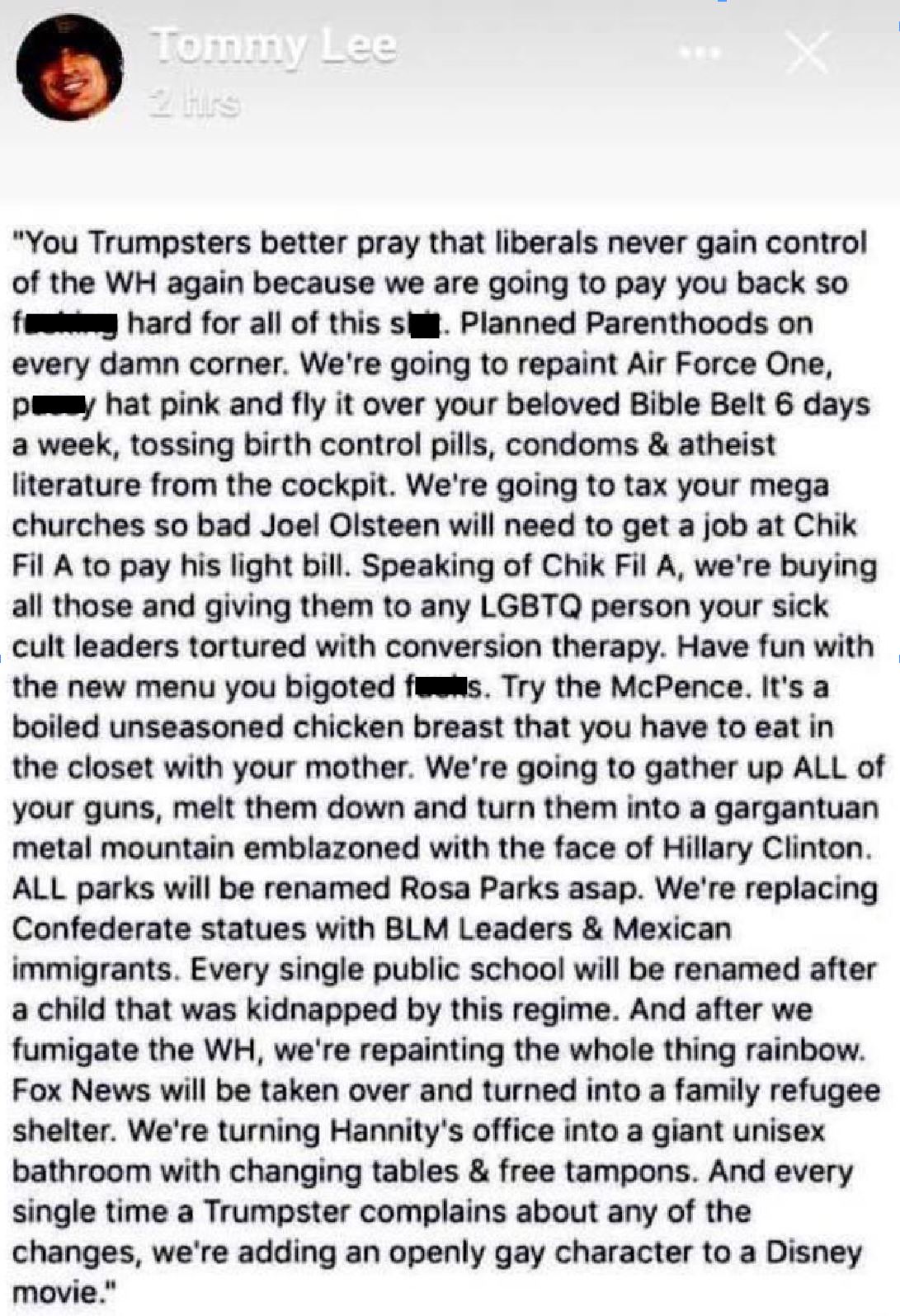 Okay, fine! It reads like a Breakfast Club outtake. But let’s look at the bright side: The latest Mrs. Lee must be so relieved that Tommy is providing meaningful political commentary on Twitter rather than whacking her around the house.

By the way, who is Tommy Lee? Exactly!

But this is relevant when you line up Tommy’s trumped up outrage with that of our friends the Neo-Catholics. Take away Tommy’s fun little attempts at being witty, add in a bunch more profanity, and you’ve got Neo-Catholic blogger and.. whatever, Mark Shea: 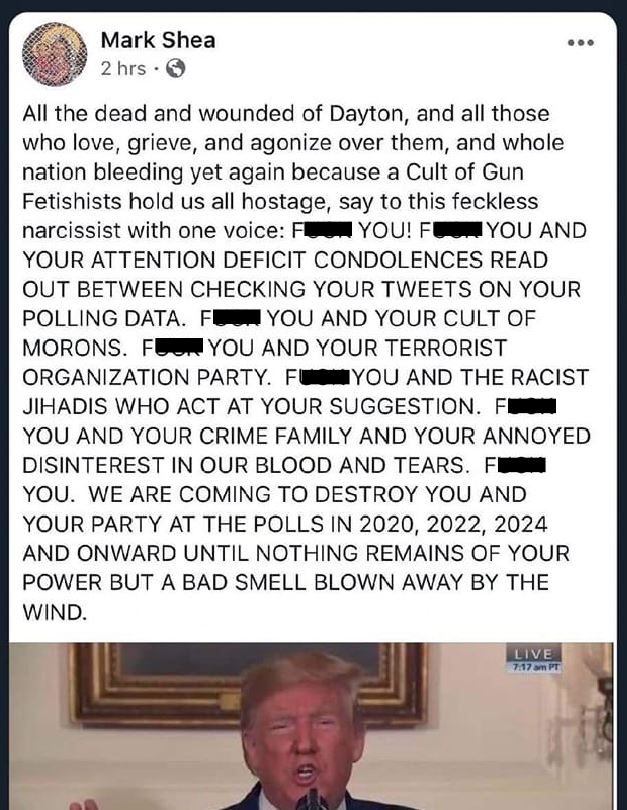 You got that? Mark Shea is coming to destroy the president, oh my!  By the way, does this poignant reflection come with a free tube of Clearasil?

Incredibly, these are the thoughtful words of the Neo-Catholic convert when engaging in discourse with his political opponents: “F… you and f… your cult of morons.” Tell us more, Mark, about how Catholic you are and how much you’re enjoying it.

But don’t worry about the rock stars. They’ll be fine. Worry about this: When Trump loses in 2020---that is to say, when the Lizard People find a way to lie, steal and cheat their way to victory—the Constitution and the rule of law will mean about as much to these people then as civility means to them now.

Tommy Lee is exactly right—they’re planning to purge America of all things pro-life, pro-family and pro-God. They’re going to pay us all back for having voted for Trump. And to get the job done, they’re going to roll out the gestapo all over again--whatever form that takes this time around.

If Trump loses, the pagans and the people's puppets are going to engage in full-on persecution of all things Christian, with the Neo-Catholics only too eager to line up and hold their coats.

The Vatican, the neo-Catholic establishment, Hollywood, the EU and the Marxist minstrels of rock ‘n’ roll are all lining up behind the Democrats and the RINOs and the New World Ordonarians for 2020 in America.

And if you think the next presidential election really doesn’t matter, you too are smokin’ in the boys’ room.

[Comment Guidelines - Click to view]
The Remnant values the comments and input of our visitors. It’s no secret, however, that trolls exist, and trolls can do a lot of damage to a brand. Therefore, our comments are heavily monitored 24/7 by Remnant moderators around the country.  They have been instructed to remove demeaning, hostile, needlessly combative, racist, Christophobic comments, and streams not related to the storyline. Multiple comments from one person under a story are also discouraged. Capitalized sentences or comments will be removed (Internet shouting).
The Remnant comments sections are not designed for frequent personal blogging, on-going debates or theological or other disputes between commenters. Please understand that we pay our writers to defend The Remnant’s editorial positions. We thus acknowledge no moral obligation whatsoever to allow anyone and everyone to try to undermine our editorial policy and create a general nuisance on our website.  Therefore, Remnant moderators reserve the right to edit or remove comments, and comments do not necessarily represent the views of The Remnant.
back to top
Last modified on Monday, August 12, 2019
Tweet

More in this category: « Viganò Points to 'strands of Marxism' in the Heart of the Church Caritas In Scandalum: If Only Francis Had Listened to Benedict »