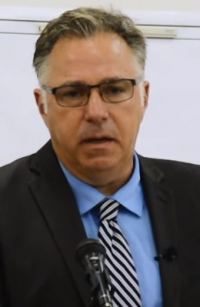 Interested to know more about the event which invited The Remnant’s Editor halfway around the world?

The symposium was the result of many meetings between a French “legitimist” Catholic and a Japanese priest who is back in his native country heading up the first traditional Catholic mission there since St. Francis Xavier’s in 1549.

Both men are well-connected in academia and have a singular vision of bringing the traditional Faith back to Japan (a country in which it was never allowed to take root; which persecuted the budding fruits of Xavier’s efforts into visible extinction within 100 years of the missionary’s arrival). The idea was described by Vexilla Galliae, one of the event’s sponsors, as being inspired in part by circles of historical studies and their summer schools.

The symposium’s first incarnation, under the patronage of Louis XX, was a huge success, including speakers from many countries and talks delivered in French, Japanese, and English. They were honored to welcome Michael Matt, whose lecture they described as “muscular and enthusiastic”, terms which should resonate with any viewer of his YouTube channel.

The conference provided a venue for influential speakers from all over the world to come together for a single purpose: to educate the remnant of Japan on the French Revolution, an event which catapulted the errors of the Enlightenment into the world. The fight began 230 years ago, and is far from over.

Vexilla Galliae described the result as “convincing in a heterogeneous assemblage of listeners of all nationalities and all walks of life: traditional non-Catholic Japanese, Japanese, American, Chinese Catholics, English and American Catholics and Legitimists, French counter-revolutionaries French history.”

In case you missed it, watch Michael Matt’s presentation below: