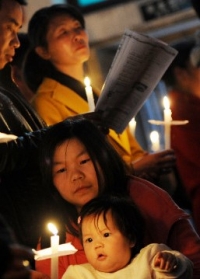 The Catholic situation in China continues to depress. While the Vatican fusses over pagan tribes in the Amazon who don’t want Catholicism (despite being dubbed—incredibly— “the Heart of the Church” by Pope Francis), faithful Chinese Catholics inch closer than ever to all-out persecution under a patently anti-Christ government and their Vatican-approved, state-appointed, window dressed “church”.

Most recently, Catholic shrines are taking a hit. A churchgoer in China described the new crackdown.

May 12 in Ludezhuang, China, is a special day on which tens of thousands flock to its famous Catholic pilgrimage site. This year the government stacked the entrance with over 300 police officers who practically frisked each pilgrim, then capped it off at 10,000. Thousands more arrived only to be denied entrance. These faithful knelt on the ground outside the shrine and prayed there in quiet witness. 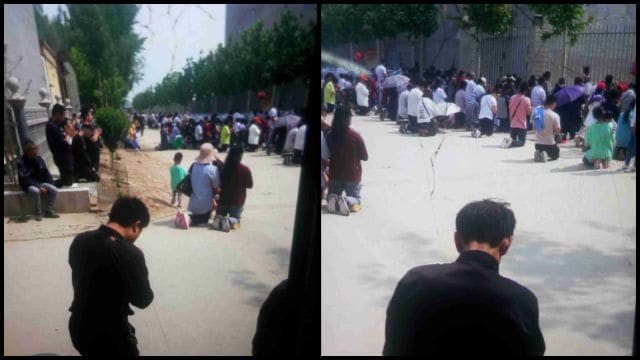 Also in May, pilgrims along the road to the Sheshan Hill pilgrimage in Shanghai were forced by police to fly the national flag and sing the national anthem, in an attempt to assimilate their religious doctrine and erode their religious faith—else they faced the threat of imprisonment.  As one local pilgrim put it:

“It is an insult to us to sing the national anthem before Mass, but if we resist, the CCP will arrest us.”

And last August, the Mozi Mountain pilgrimage site in the Inner Mongolia Autonomous Region also fell under government suppression. Checkpoints were stationed on each of the major roads leading to this site, and all without a specific travel pass issued by the Religious Affairs Bureau were denied access. Moreover, the electronic signal at the shrine itself was scattered, which prevented faithful from posting photos and videos of their pilgrimage.

Persecution is coming, and not just in China. Imagine if such a thing happened in France, home of the massively-successful Chartres Pilgrimage?

Lastly, a quick request for prayers for the soul the recently deceased Bishop Stefano Li Side of Tianjin. Asia News reported that Bishop Stefano Li Side, the legitimate ordinary of Tianjin, died last month after a long illness. He was 92 and had been living under house arrest since 1992. Since Bishop Li Side never joined the schismatic CCP, the state-backed religious authorities will not permit his body to be buried in a Catholic cemetery. 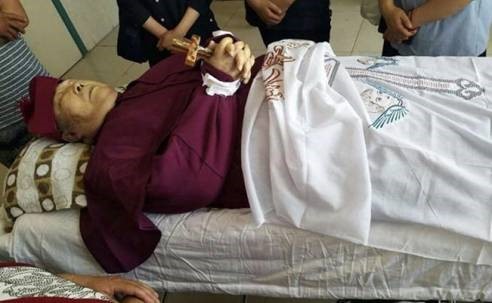 We’d like to thank this good bishop for his faithful service and remember him in our prayers.

[Comment Guidelines - Click to view]
The Remnant values the comments and input of our visitors. It’s no secret, however, that trolls exist, and trolls can do a lot of damage to a brand. Therefore, our comments are heavily monitored 24/7 by Remnant moderators around the country.  They have been instructed to remove demeaning, hostile, needlessly combative, racist, Christophobic comments, and streams not related to the storyline. Multiple comments from one person under a story are also discouraged. Capitalized sentences or comments will be removed (Internet shouting).
The Remnant comments sections are not designed for frequent personal blogging, on-going debates or theological or other disputes between commenters. Please understand that we pay our writers to defend The Remnant’s editorial positions. We thus acknowledge no moral obligation whatsoever to allow anyone and everyone to try to undermine our editorial policy and create a general nuisance on our website.  Therefore, Remnant moderators reserve the right to edit or remove comments, and comments do not necessarily represent the views of The Remnant.
back to top
Last modified on Tuesday, July 2, 2019
Tweet