The Paris fire brigade knew exactly what they were doing. They knew they could not save the roof, and so they went inside and saved the building. And, voila! It worked.

Incredibly, it begins to appear at least from preliminary reports, that all the Cathedral of Notre Dame de Paris is going to need is a lot of love and a new roof.

The City Hall of Paris released photos of the interior today which show massive amounts of debris from an 800-year-old wooden-beamed roof that, sadly, is no more. 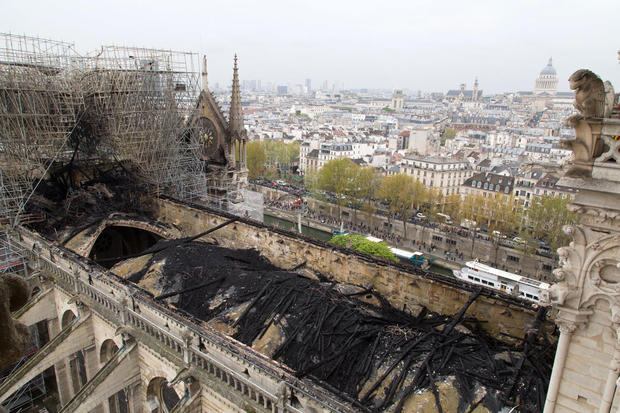 Still, the medieval stone masons' genius saved Notre Dame some 800 years after she’d been built. The roaring flames quickly compromised the many-ton wooden structure of the attic, which collapsed onto the vaulted ceiling of the cathedral, threatening to fall through and down into nave below. And then, what of the walls themselves? But the great gothic buttresses and flying buttresses did their job. They held, until the fire on the roof had burned itself out.

And if the wind had shifted and fanned the flames into the twin bell towers, the huge bells (such as the 13-ton Emmanuel) would have come crashing down, bringing their fortress-like towers with them.

Many are calling this miraculous, and indeed it well could be.  But perhaps we should also admit that the Paris fire brigade knew exactly what they were doing after all. They knew they could not save the roof, and so they went inside and saved the building. And voila!

The interior was saved, under the watchful eye of the pieta, now covered with ash but otherwise unharmed.

“The fire was really limited to the roof, and because it’s conceived structurally as a separate system, it can burn without affecting what’s underneath it to a large extent,” said Kevin D. Murphy, professor of art history at Vanderbilt University

It's now official. This today from the Paris mayor's office:

Even though the flames swept over the cathedral so intensely, much of the interior was saved Notre Dame's two medieval bell towers were still intact, and its stained-glass rose windows appeared mostly unscathed.

After a lot of speculation, rumors and fake tweets about a government-sponsored "reconstruction project" that would be in conformity with "diversity" and "multi-cultural" secularist standards (whatever that means), one wonders how much architectural leeway would even be possible, given the facts that the walls still stand, the buttresses held, the towers are secure and the interior was saved. 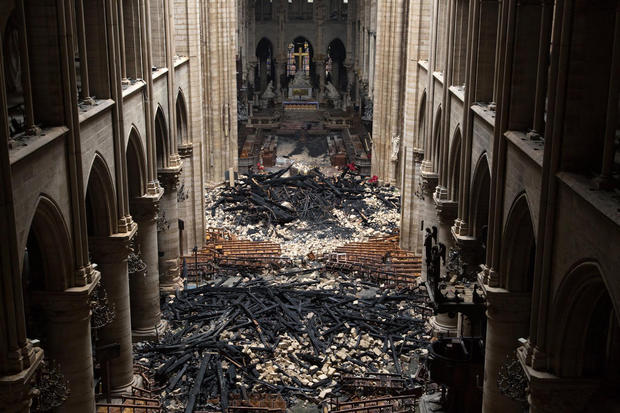 Five years and a billion dollars to restore Notre Dame? Sounds fairly reasonable, at this point.

But given the horrors we all witnessed just two nights ago, is it really so absurd to suggest miraculous intervention?  Even the "experts on TV" said the fire could well spread across the Ile de la Cite and that there was really no hope of saving the Cathedral. Fox News' Shephard Smith said Notre Dame would 'burn to the ground."

And, indeed, that is exactly how it looked. Even the mayor and a spokesman for the fire department had said they might not be able to save any of it. Notre Dame appeared to be burning to the ground. 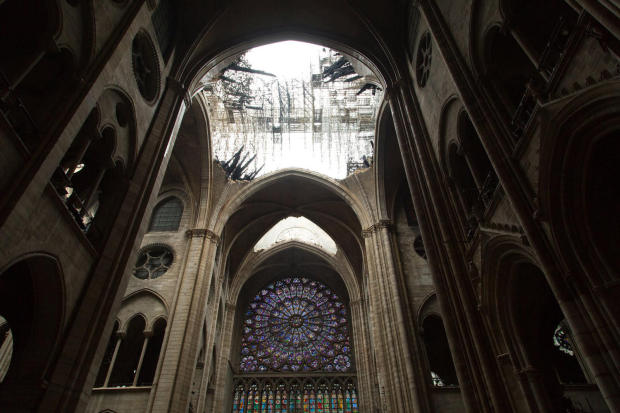 And, yet, here she is--Notre Dame--wounded and weeping for her wayward children, but still standing like the stone metaphor for a mother waiting for her lost little ones to come home. And as long as she stands in silent, if charred, maternal reminder, there is hope for them and for us all. Chez soyez Reine, nous sommes a Vous! 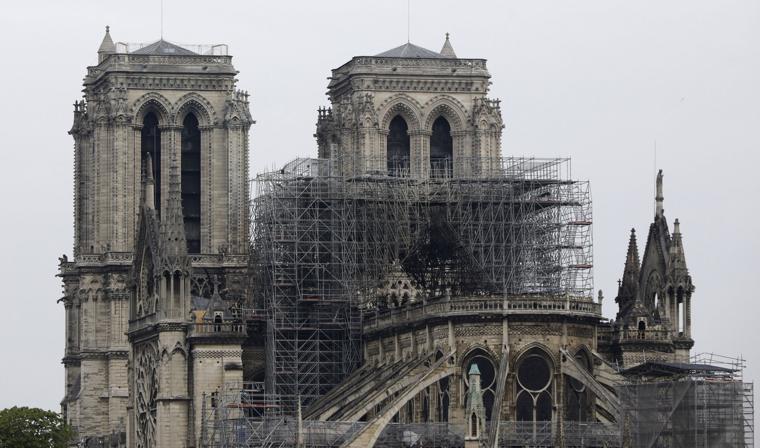 [Comment Guidelines - Click to view]
The Remnant values the comments and input of our visitors. It’s no secret, however, that trolls exist, and trolls can do a lot of damage to a brand. Therefore, our comments are heavily monitored 24/7 by Remnant moderators around the country.  They have been instructed to remove demeaning, hostile, needlessly combative, racist, Christophobic comments, and streams not related to the storyline. Multiple comments from one person under a story are also discouraged. Capitalized sentences or comments will be removed (Internet shouting).
The Remnant comments sections are not designed for frequent personal blogging, on-going debates or theological or other disputes between commenters. Please understand that we pay our writers to defend The Remnant’s editorial positions. We thus acknowledge no moral obligation whatsoever to allow anyone and everyone to try to undermine our editorial policy and create a general nuisance on our website.  Therefore, Remnant moderators reserve the right to edit or remove comments, and comments do not necessarily represent the views of The Remnant.
back to top
Last modified on Wednesday, April 17, 2019
Tweet

More in this category: « NOTHING PERSONAL, JUST BUSINESS: Time for Ganswein to Go Viganò Intervenes, Urges U.S. Bishops to be ‘Courageous’ »