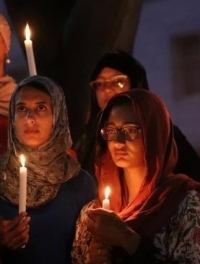 From a Remnant Reader in New Zealand:

I wondered if you would like a comment on today's events in NZ. The prime minister, Jacinda Ardern, has called for two minutes of silence to be observed to recognise the victims of last weeks' mosque massacre.

Interestingly, we are all being invited to join the commemoration which will be broadcast nationally.  It will begin with the Muslim call to prayer, then will conclude with nearly 30 minutes of Muslim prayer during which we are all requested to remain silent.  There has also been a nationwide show of sympathy by wearing a hijab (head scarf) for the day!

Naturally, we will not be joining this official ceremony.  We will visit our local parish church and recite the Rosary.

Here is a video about the 2-minute - silence...

Would love to hear some comments by people outside New Zealand about what they think of all this.

REMNANT COMMENT: Due to the horrific nature of this tragedy, we would invite comments which are sensitive to the families of the victims. Muslim or Christian, such acts of atrocity are an abomination in the eyes of God and Man.

We are curious to know, however, if our readers agree that the New Zealand PM's national call to silence Christian prayer and amplify that of their Muslim neighbors would fall within the realm of a legitimate ecumenical overture during a time of crisis.

In any case, our prayers are raised to the God of Christianity—the one and only True God—on behalf of the Muslim victims of this act of senseless violence.

Muslim or Christian, we can all agree that the perpetrators of such heinous acts of terrorism surely deserve to burn in hell should they depart from this earth unrepentant. 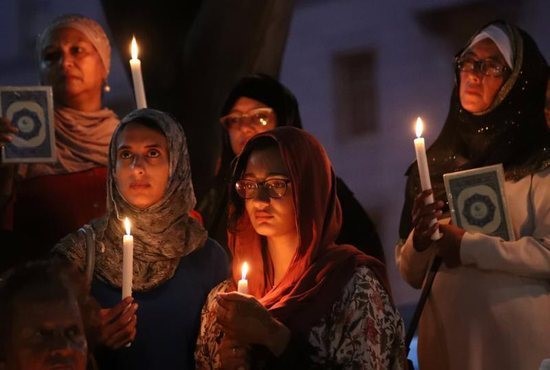 [Comment Guidelines - Click to view]
The Remnant values the comments and input of our visitors. It’s no secret, however, that trolls exist, and trolls can do a lot of damage to a brand. Therefore, our comments are heavily monitored 24/7 by Remnant moderators around the country.  They have been instructed to remove demeaning, hostile, needlessly combative, racist, Christophobic comments, and streams not related to the storyline. Multiple comments from one person under a story are also discouraged. Capitalized sentences or comments will be removed (Internet shouting).
The Remnant comments sections are not designed for frequent personal blogging, on-going debates or theological or other disputes between commenters. Please understand that we pay our writers to defend The Remnant’s editorial positions. We thus acknowledge no moral obligation whatsoever to allow anyone and everyone to try to undermine our editorial policy and create a general nuisance on our website.  Therefore, Remnant moderators reserve the right to edit or remove comments, and comments do not necessarily represent the views of The Remnant.
back to top
Last modified on Friday, March 22, 2019
Tweet
More in this category: « AOC In Trouble Already (Yet Another Corrupt Social Justice Warrior) TEASER: March 31st Remnant Newspaper is Here »