The latest in the smear campaign against President Trump has his supporters doing high fives all over the place.

According to MSN.com, Trump “pounced” Sen. Coons  over the abortion issue at a dinner party in the White House last week… pounced:

The night before last week’s National Prayer Breakfast, President Donald Trump was hosting religious leaders and lawmakers for dinner at the White House when he spotted Democratic Senator Chris Coons — and pounced.

Trump confronted the Delaware lawmaker — who attended the event as the Prayer Breakfast’s official Democratic co-chair — over the issue of abortion, creating a tense scene in the White House’s Blue Room, according to three sources familiar with the exchange.

Trump leaned in close to Coons, who calls himself “a practicing Christian and a devout Presbyterian,” and laced into the Democratic senator over controversial moves to change statewide policies on abortion that have roiled New York and Virginia politics in recent weeks. “He was in his face about it,” said one person familiar with the exchange. The person described Trump as extremely “worked up.”

“He saw a Democrat in the room, a Democrat who’s known to be a person of faith, and he was like, ‘Why aren't you speaking out about this?’” the source added.

Another source who was in the room confirmed the account, describing the moment as both “awkward” and attention-grabbing. Rarely has Trump been so vocal about abortion when the masses aren’t watching, this person said.

REMNANT COMMENT: Can there be anything more terrifying than the face of evil? And yet, for just a moment, let’s try to imagine the personified evil Donald Trump has encountered every day since taking office, keeping in mind he’s never had the benefit of the Sacraments of the Church, he’s never been to Confession, doesn’t have the advantage of grace to steel him against the Powers of Darkness. And yet he finds himself staring down demons, as the default champion of the "basket of deplorables" with their guns, God and Bibles.

He doesn’t know about the scapular and the rosary and the Mass. It’s just him, with his limited understanding of Good and Evil, Heaven and Hell, God and Man.   Just a guy who built a lot of buildings and made a lot of money and now he finds himself facing off against the likes of Soros, Beelzebub and even, God help him, Nancy Pelosi itself!

Sure, Donald Trump used to run in the same circles of people that now want him crucified after he's been duly drawn and quartered. But because he’s standing with us and making statements in defense of the unborn and against the priests and priestesses of satanic child sacrifice, they’ve all turned on him. They never leave him alone, in fact. All night every night, they cackle at him from the shadows and sinkholes of the Swamp, track his every move, wait for him to let his guard down so they can pounce on him, his family, his grandkids, his friends.

Just imagine how his impression of the “live and let live” liberals must have changed by now. Think of the freaks that show up for the anti-Trump rallies, the cursing and foul-mouthed obscenity, the ugly threats, the violence.

My point?  Donald Trump has seen the dark side as few people have.  Clearly, he is not the same man now as he was in November of 2016. The demonically possessed scream for his blood every moment of every day. The horns show and the cloven hooves are full on display.  Because he’s defended the unborn (no matter how imperfectly), the “social justice warriors” and “paragons of tolerance” have shown this man more hate and injustice and intolerance in the past two years than most men see in a lifetime.

I don’t mean to lionize this man. Donald Trump’s weaknesses, flaws and cracks are plain to see. I’m speaking here of the phenomenon, of something we’ve not seen before.  Seems to me he really has only two moves: Throw in with the demons (and move away from the light) or run for his life in the direction of the light.  And at this point, there's nothing to be gained from his trying to placate the demons, which may be why Trump is sounding more genuinely pro-life and pro-God every day.

When demons want your blood and your soul, why not seek out the company of the unfallen angels? What’s he got to lose!

In other words, it would seem that the Demons of the Swamp, under the watchful eye of Albert Pike, are driving Donald Trump up onto the high ground and into the camps of the righteous. His understanding of theology is superficial at best, obviously, but when he speaks of God these days he knows firsthand how much God is hated by the devils who also hate Trump almost as much.

Honestly, I believe Trump is horrified by the evil of the Swamp creatures, and he's turning to us in all sincerity--almost like a child would—and saying I’m with you. No, seriously, I really am.

In any case, let us presume so, and let’s pray for Donald Trump now more than ever. 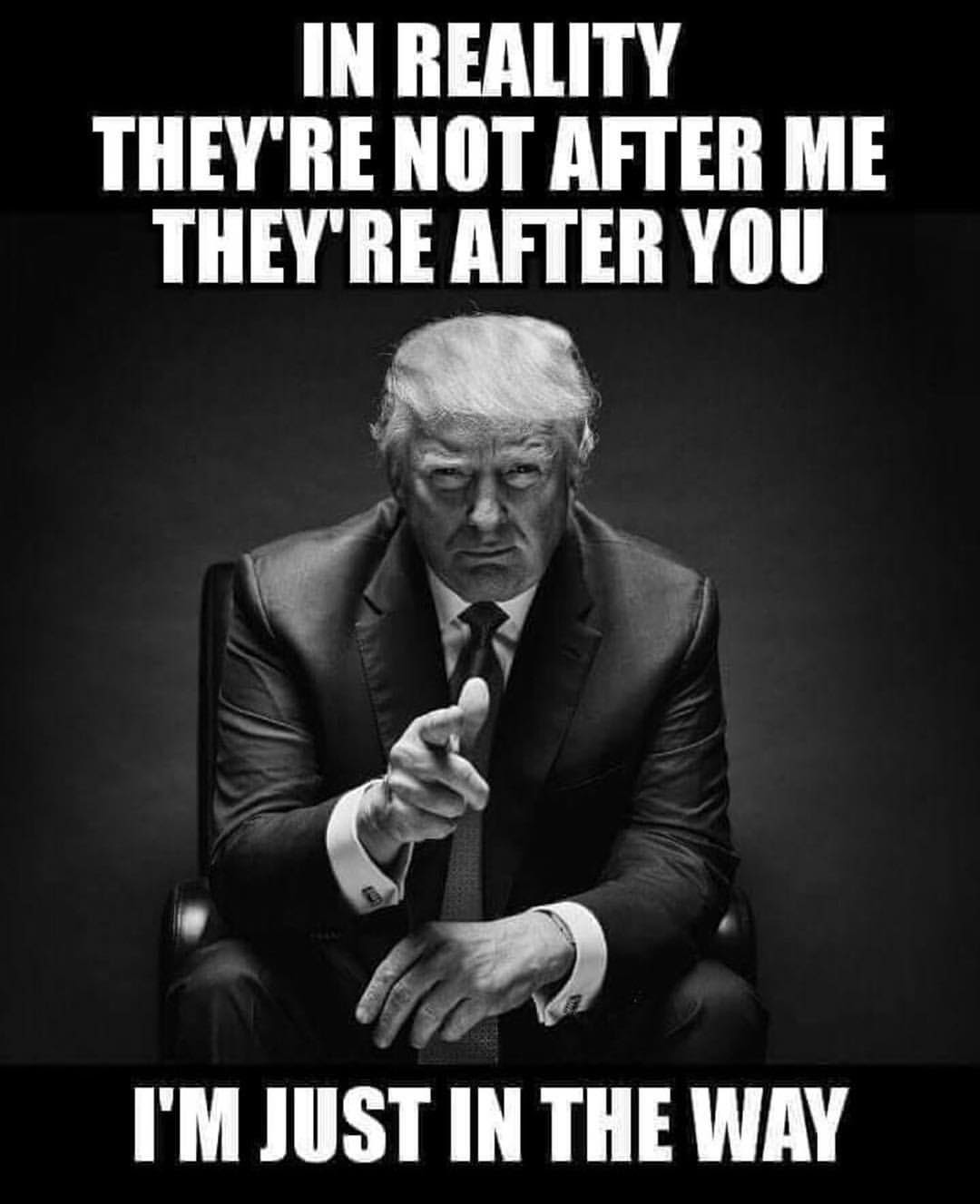 [Comment Guidelines - Click to view]
The Remnant values the comments and input of our visitors. It’s no secret, however, that trolls exist, and trolls can do a lot of damage to a brand. Therefore, our comments are heavily monitored 24/7 by Remnant moderators around the country.  They have been instructed to remove demeaning, hostile, needlessly combative, racist, Christophobic comments, and streams not related to the storyline. Multiple comments from one person under a story are also discouraged. Capitalized sentences or comments will be removed (Internet shouting).
The Remnant comments sections are not designed for frequent personal blogging, on-going debates or theological or other disputes between commenters. Please understand that we pay our writers to defend The Remnant’s editorial positions. We thus acknowledge no moral obligation whatsoever to allow anyone and everyone to try to undermine our editorial policy and create a general nuisance on our website.  Therefore, Remnant moderators reserve the right to edit or remove comments, and comments do not necessarily represent the views of The Remnant.
back to top
Last modified on Thursday, February 14, 2019
Tweet

More in this category: « RALLY THIS SATURDAY: Catholic Laity Appeal for a Worthy Shepherd in Washington PREVIEW REMNANT NEWSPAPER: February 15, 2019 »