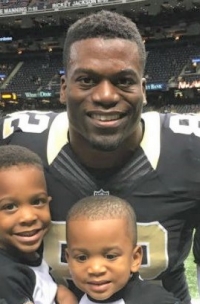 "It is a sad and evil day when the murder of our most innocent and vulnerable is celebrated with such overwhelming exuberance.

We SHOULD be supporting and encouraging the building of families which are fundamental to any society.

By not doing so, we invite consequences untold." 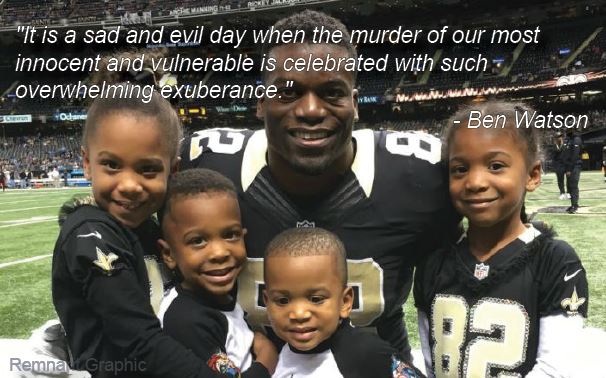 Benjamin Watson is married to his wife, Kristen Watson and the couple has five kids:Grace Makayla Watson, Naomi Love Watson, Judah Watson, Eden Moriah Watson, Isaiah Watson. They got married in 2005 after meeting at a campus party and ever since, they have continued to build their marriage on the strong virtues of Christianity. 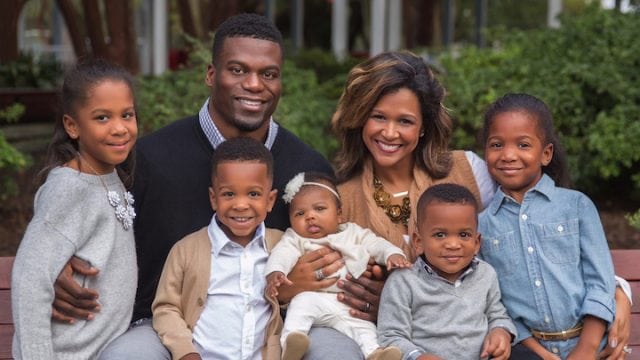 Take that, Colin Kaepernick. And, while you're at it, take this too:

Thank you, Mr. Watson. May God bless you and your beautiful family.

[Comment Guidelines - Click to view]
The Remnant values the comments and input of our visitors. It’s no secret, however, that trolls exist, and trolls can do a lot of damage to a brand. Therefore, our comments are heavily monitored 24/7 by Remnant moderators around the country.  They have been instructed to remove demeaning, hostile, needlessly combative, racist, Christophobic comments, and streams not related to the storyline. Multiple comments from one person under a story are also discouraged. Capitalized sentences or comments will be removed (Internet shouting).
The Remnant comments sections are not designed for frequent personal blogging, on-going debates or theological or other disputes between commenters. Please understand that we pay our writers to defend The Remnant’s editorial positions. We thus acknowledge no moral obligation whatsoever to allow anyone and everyone to try to undermine our editorial policy and create a general nuisance on our website.  Therefore, Remnant moderators reserve the right to edit or remove comments, and comments do not necessarily represent the views of The Remnant.
back to top
Last modified on Saturday, January 26, 2019
Tweet

More in this category: « Novena to Our Lady of Good Success (Jan 24 - Feb 2) CATHOLIC IDIOCRACY: Cardinal Dolan On Fox and Friends »