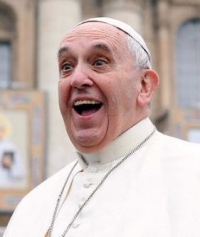 We knew it would happen sooner or later. This just in from VaticanNews.com:

…The Pontifical Commission had also exercised the authority of the Holy See “over various institutes and religious communities which it has erected which have as their ‘proper Rite’ the ‘extraordinary form’ of the Roman Rite and observe the previous traditions of the religious life.” It was also tasked with looking after and promoting “the pastoral care of the faithful attached to the antecedent Latin liturgical tradition, present in various parts of the world.”

In the motu proprio suppressing the Ecclesia Dei Commission, Pope Francis notes that “the Institutes and Religious Communities which habitually celebrate in the extraordinary form have today found their own stability of number and life.”

“With the Apostolic Letter, the Holy Father assigns the duties of the Pontifical Commission Ecclesia Dei in their entirety to the Congregation for the Doctrine of the Faith, “within which a specific Section will be set up in order to continue the work of vigilance, promotion, and protection” of the suppressed Commission.”

Remnant Comment: So according to this report, “dialogue” with the SSPX is part of the reason the commission has become redundant. Trouble is, a "deal" with the SSPX seems far from a done deal. So, what are we talking about here?

Has the purge of all things Traditional begun?

The good news? The SSPX is holding its ground. In their January 19, 2019 statement we read the following vintage position of the Society of St. Pius X:

One conclusion is evident: as the so-called Ecclesia Dei communities have preserved “their spiritual and liturgical traditions”, they clearly do not count in this discussion. If they remain attached to a section of the Congregation for the Doctrine of the Faith, it is incidental. They can have the Mass, the “spiritual and liturgical traditions”, but not the whole doctrine that goes along with them. That has always been the Society of St. Pius X’s great reproach against Dom Gérard [founder of the Benedictine monastery at Le Barroux who worked with Archbishop Lefebvre until 1988] and all those who thought they should break the unity of Tradition in order to negotiate a purely practical agreement. The crisis of the Church cannot be reduced to a spiritual or liturgical question alone. It is deeper, for it touches the very heart of the Faith and the doctrine of Revelation, Christ the King’s right to reign here below over men and over societies.

Indeed it does! Viva Cristo Rey!

[Comment Guidelines - Click to view]
The Remnant values the comments and input of our visitors. It’s no secret, however, that trolls exist, and trolls can do a lot of damage to a brand. Therefore, our comments are heavily monitored 24/7 by Remnant moderators around the country.  They have been instructed to remove demeaning, hostile, needlessly combative, racist, Christophobic comments, and streams not related to the storyline. Multiple comments from one person under a story are also discouraged. Capitalized sentences or comments will be removed (Internet shouting).
The Remnant comments sections are not designed for frequent personal blogging, on-going debates or theological or other disputes between commenters. Please understand that we pay our writers to defend The Remnant’s editorial positions. We thus acknowledge no moral obligation whatsoever to allow anyone and everyone to try to undermine our editorial policy and create a general nuisance on our website.  Therefore, Remnant moderators reserve the right to edit or remove comments, and comments do not necessarily represent the views of The Remnant.
back to top
Last modified on Saturday, January 19, 2019
Tweet

More in this category: « PRESS RELEASE: Rally at the Papal Nunciature in Washington This Friday Morning St. Raymond of Pennafort, January 23 »