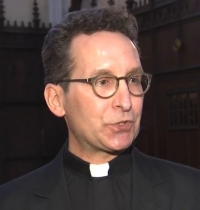 Father Tom "I Never Met a Cliché I Didn't Like" Belanger

The Archdiocese of Chicago will experience a dramatic loss of priests, and therefore parishes, in the next 13 years. It's estimated that 180 priests will have retired by then, but only 10 will have taken their place. Fr. Thomas Belanger, the pastor of St. Philip Neri Catholic Church in Chicago, was interviewed on this grim prospect. He expects his own parish will become stronger, because:

“Enlightenment, and also not judging as quickly as we used to, but accepting people where they’re at, but also help them become stronger in their own self-identity and their lives.”

…Um?  Well, anyway, sit back and have a look at the Springtime of Vatican II, which is just bustin' out all over the Windy City:

Thank you, Father, for illustrating the exact reason we’ve run out of priests to shepherd the “faith communities” of Chicago. 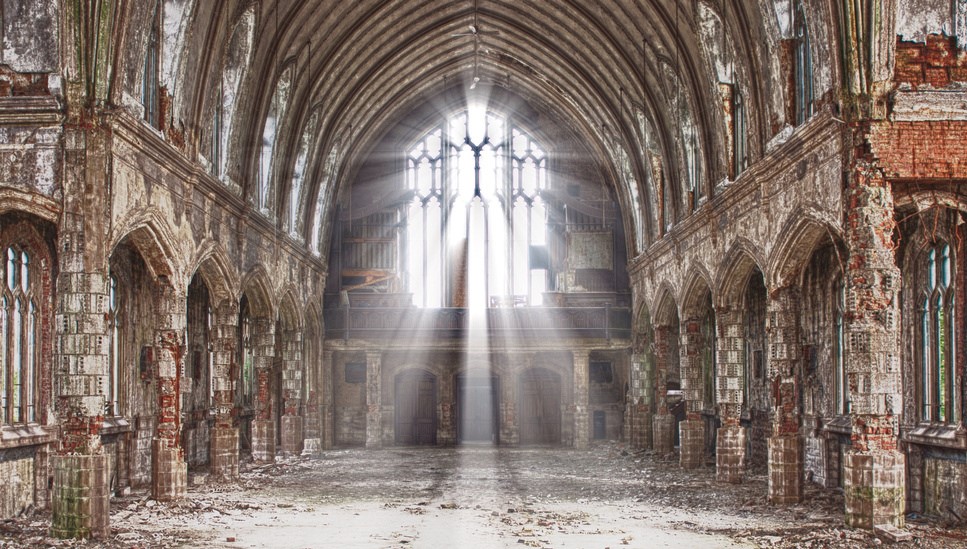 Enlightenment fills closed churches, not so much with people, but with light!
Isn't that enlightening?

[Comment Guidelines - Click to view]
The Remnant values the comments and input of our visitors. It’s no secret, however, that trolls exist, and trolls can do a lot of damage to a brand. Therefore, our comments are heavily monitored 24/7 by Remnant moderators around the country.  They have been instructed to remove demeaning, hostile, needlessly combative, racist, Christophobic comments, and streams not related to the storyline. Multiple comments from one person under a story are also discouraged. Capitalized sentences or comments will be removed (Internet shouting).
The Remnant comments sections are not designed for frequent personal blogging, on-going debates or theological or other disputes between commenters. Please understand that we pay our writers to defend The Remnant’s editorial positions. We thus acknowledge no moral obligation whatsoever to allow anyone and everyone to try to undermine our editorial policy and create a general nuisance on our website.  Therefore, Remnant moderators reserve the right to edit or remove comments, and comments do not necessarily represent the views of The Remnant.
back to top
Last modified on Wednesday, November 28, 2018
Tweet

More in this category: « REMNANT PREVIEW: A Letter from the Editor Pro-Marriage, Pro-Family Forces Win BIG in Taiwan »