Claire Marie Lanthier, a fiery Catholic woman with a huge heart, piercing blue eyes and cloud of blond curls, became a mother 8 days ago at the age of 26. Claire is also an old and dear friend of one of my most trusted team members, who has been with The Remnant for the past ten years.

Claire's son, Aaron, has been in the NICU since August 2nd, fighting a serious infection in his blood. He contracted it from his mother, and it wasn’t noticed until almost too late. He is now being bottle fed and rocked by his young aunts and uncles, his father and his grandparents, and the baby boy is growing stronger each day. 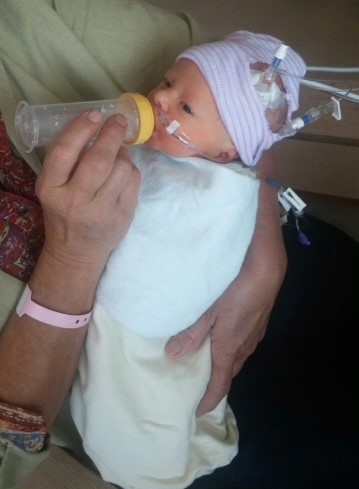 Claire, however, is fighting for her life with the same infection, a bacteria which devours the skin and organ tissues when not confined to the blood vessels. She went under the knife four times in three days, during which several organs were removed. She is currently in the OR again, as the infection has returned with a vengeance after a brief remission. Her condition is extremely critical, and her prognosis is uncertain at this time.

Those who can, are humbly encouraged to help with the medical bills which this new young couple cannot hope to tackle on their own, but what her husband asks for much more urgently are prayers. God is not cruel, but we can’t always see His plan from our limited perspective. Please, in your charity, storm heaven for Claire and baby Aaron. 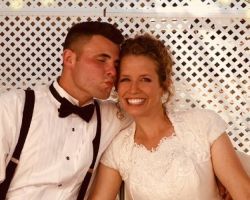 Zachary and Clarie on their wedding day, one year ago. Those who wish to, can help them finacially HERE. May God bless your generosity.

[Comment Guidelines - Click to view]
The Remnant values the comments and input of our visitors. It’s no secret, however, that trolls exist, and trolls can do a lot of damage to a brand. Therefore, our comments are heavily monitored 24/7 by Remnant moderators around the country.  They have been instructed to remove demeaning, hostile, needlessly combative, racist, Christophobic comments, and streams not related to the storyline. Multiple comments from one person under a story are also discouraged. Capitalized sentences or comments will be removed (Internet shouting).
The Remnant comments sections are not designed for frequent personal blogging, on-going debates or theological or other disputes between commenters. Please understand that we pay our writers to defend The Remnant’s editorial positions. We thus acknowledge no moral obligation whatsoever to allow anyone and everyone to try to undermine our editorial policy and create a general nuisance on our website.  Therefore, Remnant moderators reserve the right to edit or remove comments, and comments do not necessarily represent the views of The Remnant.
back to top
Last modified on Wednesday, August 8, 2018
Tweet

More in this category: « The Children's Hour? Archbishop Hebda and McCarrick's Scandal »