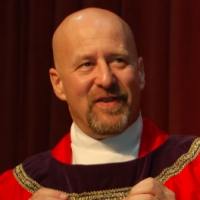 …and I read it on the Internet so it must be true!

The latest gossip is that an Argentinian nun says Pope Francis told her that it was okay for women to use various forms of birth control and sterilization.

Surely not, but then again maybe.

Really? But then who can say for sure?

You can’t believe all this stuff, but then again maybe you can.

In his book To Change the Church Ross Douthat observes that this is actually the way Pope Francis works, and the way Jesuits have worked in the past. They chip away and chip away–never quite saying what they mean but never quite denying it either.

You’ll notice this is how James Martin works, for example. He never supports same sex marriage, but then he never condemns it either. If the document doesn’t forbid something they take it as given that it is not only allowed but preferred.

So the pope says something outside the box and everybody gets nervous.

Then the Vatican communications people go into damage control mode and only make things worse.

So let’s assume that the pope really did tell an Argentinian feminist nun that certain forms of birth control are ok.

Then the Communications Office says something bland like, “These words are not necessarily an accurate report of the Holy Father’s exact wording.”

What they don’t do is issue a stout denial like “The Pope never spoke to that woman.” nor do they issue an unambiguous clarification. Neither do they issue a statement from the pope affirming without doubt that he upholds Catholic doctrine and morals.

As a result more confusion, more doubt, more questions about the pope’s ability, his intentions and his game plan.

Well, maybe there is another angle as well. It could be that the pope wishes to foster confusion. In other words, he’s being unclear, ambiguous and open ended on purpose. Over at CRUX John Allen highlights the pope’s Holy Week speeches and homilies and paints the pope as “the great iconoclast” and the idol the pope is pushing over and breaking is what he calls the “idol of truth.” Read the Rest HERE

REMNANT COMMENT: Although it’s no secret that we here at The Remnant have come to cyber-blows in the past with Father Longenecker, I maintain that he is an honest man of integrity who is genuinely interested in defending the truth. His conclusion is something we can all rally around—rad trad and non-rad trad alike:

Furthermore, while knowledgeable Catholics can dismiss headlines like, “Pope Says No Hell” you can be sure that our separated brethren read this and write off the Catholic Church as being just like any other liberal Protestant denomination.

They’re not right, but I can understand their reasoning.

All the more reason for Catholics at the local level to up their ante and be more radiantly, positively, joyfully Catholic. Now is the time for some truly dynamic, radical Catholicism to appear.

Indeed! God bless Father Longenecker for this courageous article. May more of his brother priests be encouraged by his priestly example to speak out and lead the scattering flock in the direction of faithful adherence to the traditional Catholic truth...no matter what Modernist balderdash might still be forthcoming from the Eternal City.

The Remnant Newspaper: It's about Truth. Catholics, please subscribe today! 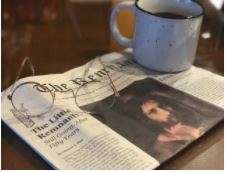 [Comment Guidelines - Click to view]
The Remnant values the comments and input of our visitors. It’s no secret, however, that trolls exist, and trolls can do a lot of damage to a brand. Therefore, our comments are heavily monitored 24/7 by Remnant moderators around the country.  They have been instructed to remove demeaning, hostile, needlessly combative, racist, Christophobic comments, and streams not related to the storyline. Multiple comments from one person under a story are also discouraged. Capitalized sentences or comments will be removed (Internet shouting).
The Remnant comments sections are not designed for frequent personal blogging, on-going debates or theological or other disputes between commenters. Please understand that we pay our writers to defend The Remnant’s editorial positions. We thus acknowledge no moral obligation whatsoever to allow anyone and everyone to try to undermine our editorial policy and create a general nuisance on our website.  Therefore, Remnant moderators reserve the right to edit or remove comments, and comments do not necessarily represent the views of The Remnant.
back to top
Last modified on Wednesday, April 4, 2018
Tweet

More in this category: « Planned Parenthood Gets Trumped April 21: Join Cardinal Burke for Conference on Marriage and Family »