Monsignor Bux: We Are in Full Crisis of Faith 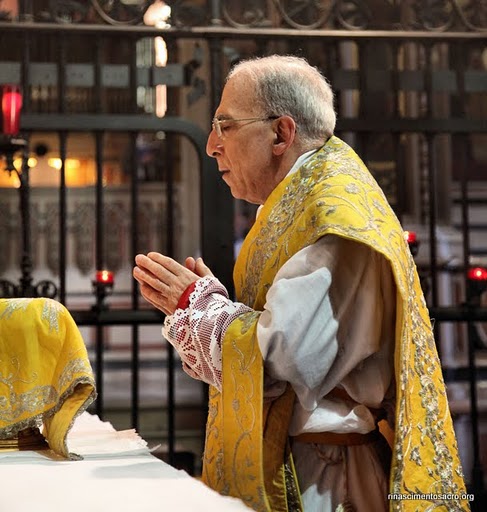 Theologian and former consulter to the Congregation for the Doctrine of the Faith calls on the Pope to make a declaration of faith, warning that unless the Pope safeguards doctrine, he cannot impose discipline.

To resolve the current crisis in the Church over papal teaching and authority, the Pope must make a declaration of faith, affirming what is Catholic and correcting his own “ambiguous and erroneous” words and actions that have been interpreted in a non-Catholic manner.

This is according to Monsignor Nicola Bux, a respected theologian and former consulter to the Congregation for the Doctrine of the Faith during Benedict XVI’s pontificate.

In the following interview with the Register, Msgr. Bux explains that the Church is in a “full crisis of faith” and that the storms of division the Church is currently experiencing are due to apostasy — the “abandonment of Catholic thought.”

Msgr. Bux’s comments come after news that the four dubia cardinals, seeking papal clarification of his exhortation Amoris Laetitia, wrote to the Pope April 25 asking him for an audience but have yet to receive a reply.

Read the exchange between Pentin and Monsignor Bux HERE!

REMNANT COMMENT:  It should be obvious to all Catholics of good will that the Church is now in a crisis unprecedented in history. Monsignor Bux is leading by example when it comes to the proper response on the part of the Catholic faithful to a crisis that rises to the highest levels in the Catholic Church.

It goes without saying that we here at The Remnant offer our full and unconditional support for this courageous priest who at this dark hour understands his duty before God to speak his mind in defense of Holy Mother Church, regardless of criticisms and unjust accusations that may arise as a consequence.

We call upon all priests, bishops and cardinals to consider adding their voice of respectful opposition to that of Monsignor Bux against the current regime in the Vatican, which in good conscience we can no longer defend and for which we pray every day that they may return to the faithful defense of Christ's Church and her immutable teachings on faith and morals.

[Comment Guidelines - Click to view]
The Remnant values the comments and input of our visitors. It’s no secret, however, that trolls exist, and trolls can do a lot of damage to a brand. Therefore, our comments are heavily monitored 24/7 by Remnant moderators around the country.  They have been instructed to remove demeaning, hostile, needlessly combative, racist, Christophobic comments, and streams not related to the storyline. Multiple comments from one person under a story are also discouraged. Capitalized sentences or comments will be removed (Internet shouting).
The Remnant comments sections are not designed for frequent personal blogging, on-going debates or theological or other disputes between commenters. Please understand that we pay our writers to defend The Remnant’s editorial positions. We thus acknowledge no moral obligation whatsoever to allow anyone and everyone to try to undermine our editorial policy and create a general nuisance on our website.  Therefore, Remnant moderators reserve the right to edit or remove comments, and comments do not necessarily represent the views of The Remnant.
back to top
Last modified on Thursday, June 22, 2017
Tweet

More in this category: « For Fort Hood: No Priests Better than Trad Priests? Trump Admin to UN: Abortion is NOT "Family Planning"! »