Philosopher Friend of John Paul II: Pope Francis' Exhortation Must Cause Jesus and Mary to Weep 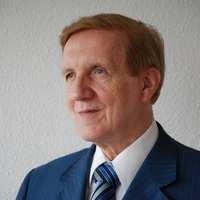 Dr. Josef Seifert
This just in from LifeSiteNews.com: "In a recent article for the Italian news platform “Corrispondenza Romana”, renowned Catholic philosopher Josef Seifert strongly criticizes Pope Francis for statements in his recent Apostolic Exhortation Amoris Laetitia.Seifert, a longtime ordinary member of the Pontifical Academy for Life and a close associate of St. John Paul II, explains that he criticizes the document because instead of invoking joy – as stated in the exhortation title – the papal document would actually make Jesus and his mother cry.

"Many of the passages which seem merciful turn the teachings of the Church on their heads, according to Seifert. “In my opinion, they risk an avalanche of consequences which would be very harmful to the Church and to souls." READ ARTICLE HERE

REMNANT COMMENT: Pope Francis is fast running out of defenders anywhere outside of the liberal Left, the Hollwood elite, the Democratic Party and the radical progressivists inside the Church. Anyone claiming to be Catholic and still making excuses for this disastrous pontificate is either malicious or downright stupid.

Says Seifert: “How can Jesus and His most holy Mother read and link these words of the Pope with those of Jesus Himself and of His Church without crying?"

Indeed, if you love the Church you must weep with Jesus over what is happening now, and recognize the fundamental responsibility of all faithful Catholics to oppose Pope Franics and to, like Dr. Seifert, publicly resist his myriad errors and his public scandal.

[Comment Guidelines - Click to view]
The Remnant values the comments and input of our visitors. It’s no secret, however, that trolls exist, and trolls can do a lot of damage to a brand. Therefore, our comments are heavily monitored 24/7 by Remnant moderators around the country.  They have been instructed to remove demeaning, hostile, needlessly combative, racist, Christophobic comments, and streams not related to the storyline. Multiple comments from one person under a story are also discouraged. Capitalized sentences or comments will be removed (Internet shouting).
The Remnant comments sections are not designed for frequent personal blogging, on-going debates or theological or other disputes between commenters. Please understand that we pay our writers to defend The Remnant’s editorial positions. We thus acknowledge no moral obligation whatsoever to allow anyone and everyone to try to undermine our editorial policy and create a general nuisance on our website.  Therefore, Remnant moderators reserve the right to edit or remove comments, and comments do not necessarily represent the views of The Remnant.
back to top
Last modified on Friday, June 10, 2016
Tweet

More in this category: « Solemn Consecration of the City of Aliquippa a Huge Success Is Pope Francis Losing His Mind? (Pray for the Holy Father) »