The Francis Effect: A Gathering Storm

“Let us make no mistake: Satan is right now shaking the Church to her very foundations over this divorce issue…”

Immediately after Cardinal Jose Mario Bergoglio was elected Pope, the Rorate Caeli blog site presented a dire report by an Argentinian journalist, who wrote that as Archbishop of Buenos Aires the Cardinal was a “sworn enemy of the traditional Mass,” that he was “[f]amous for his inconsistency (at times, for the unintelligibility of his addresses and homilies),” that he was “accustomed to the use of coarse, demagogical, and ambiguous expressions,” that he was “loose in doctrine and liturgy,” and that “he has not fought against abortion and only very weakly against homosexual ‘marriage’(approved with practically no opposition from the episcopate)…”

Honesty compels one to admit that every element of this grim assessment has been borne out by the brutal dismantling of the Franciscan Friars of the Immaculate on the Pope’s direct order, and by his astonishing plenitude of disturbing statements and actions during the scant year he has been in office. These include the phrase that will be emblematic of his entire pontificate, which is now appearing on "Who am I to judge?" tee shirts marketed to gay-rights activists and assorted other radical liberals in order to taunt the Church.

Alarming Adulation by a Hostile World

In the case of Pope Francis the fallibility of Popes in matters not involving doctrinal definitions is remarkably evident. It does no good to deny this when the entire world is heaping praise upon him for his unheard-of pastoral novelties (e.g. the jailhouse foot-washing ceremony, including a Muslim woman), his numerous statements suggesting a revolutionary relaxation of Church discipline in the name of a false “mercy,” and his repeated public insults of traditional Catholics and the traditional liturgy, which he has cavalierly belittled as “just a kind of fashion” to which certain members of the faithful are “addicted.” As if to reward his behavior, Francis has been lauded as “Person of the Year” by the world’s most prominent left-liberal news magazine (Time), the world’s leading “gay” magazine (The Advocate), the world’s leading “rock culture” magazine (Rolling Stone) and the world’s leading “rock culture” video outlet (MTV). Even the trashy libertine quarterly GQ Magazine joined the adulation by naming Francis “Best Dressed Man of the Year,” using the occasion to mock the overdressed Pope Benedict. All of these tributes, and innumerable others of like kind, have been bestowed explicitly at the expense of Francis’s predecessor and the Church’s teaching on faith and morals. Any Catholic who still retains the sensus catholicus must view with alarm this unprecedented torrent of praise from the realm of Belial. Something is seriously amiss.

The Francis Effect: A Gathering Storm

The Complete Series:  All four parts of Christopher Ferrara's weeklong series, "The Francis Effect", appear in the following post. Those who commented on other sections of this aricle are encouraged to respost their comments on this final version of the article. This article will also appear in its entirety in the next print edition of The Remnant.  MJM

The work of the devil will infiltrate even into the Church in such a way that one will see cardinals opposing cardinals, bishops against bishops. The priests who venerate me will be scorned and opposed by their confreres... churches and altars sacked; the Church will be full of those who accept compromises and the demon will press many priests and consecrated souls to leave the service of the Lord.

On March 9, Cardinal Timothy Dolan, America’s foremost Catholic prelate, appeared on NBC’s “Meet the Press” and commented as follows on the “coming out” of a “gay” college football star:

Good for him… I would have no sense of judgment on him…. God bless ya. I don’t think, look, the same Bible that tells us, that teaches us well about the virtues of chastity and the virtue of fidelity and marriage also tells us not to judge people. So I would say, “Bravo.”

“No sense of judgment…. Bravo.” That is how a Prince of Church in the Year of Our Lord 2014 reacts to a celebrity’s announcement that he engages in unspeakable acts—“men with men, working that which is filthy (Romans 1:26)”—acts that cry out to heaven for vengeance, as Churchmen used to teach before the “opening to the world” at Vatican II. Here we see the vast ripple effect of the “who am I to judge?” mantra that Pope Francis launched into the collective consciousness of humanity by going out of his way to speak to reporters about homosexuals in the hierarchy at “a surprise news conference” they had not even requested. The “Francis effect” is disarming prelates and priests alike. It threatens to disarm us as well, unless we take a stand against what is happening.

With everything else in the Church having been “reformed” or given a new meaning—not officially, of course!—over the past fifty years, it was only a matter of time before the concept of “miracle” would undergo an adaptation to post-conciliar requirements.

The problem was how to canonize Paul VI without a single clear-cut miracle to his credit, like one of the many indubitable miracles seen in the case of Saint Pius X, the last Pope to be canonized. For example, the instantaneous curing of a nun of bone cancer after a relic of Pius X was pinned to her clothing.

But the Vatican was up to the challenge: on February 24 we read the news that the “consulting theologians of the Congregation for the Causes of Saints have approved a miracle attributed to the intercession of Venerable Pope Paul VI, moving him closer to sainthood.”

Latest from Socci: The Papal Games

Today (February 17) the world press reported that Pope Francis has obtained an Argentinian passport and identity card under his former name, Jorge Mario Bergoglio, and that he “would like to keep traveling around the world with the Argentinian passport.” That is, although he already holds a Vatican passport as Pope Francis, head of the Vatican city state and Vicar of Christ, he would like to continue to be known, and treated by immigration authorities, as simply Jorge Bergoglio, citizen of Argentina. In yet another display of an endlessly praised humility that is becoming a titanic spectacle, Pope Francis—or should I say Jorge Bergoglio—insisted on personally paying the processing fees to the Argentinian government. In the “Church of the poor” there is no money to waste on fees for the Pope’s alter ego passport and ID card, but $28 million was readily available for a massive three-hour rock concert cum Novus Ordo Mass on the beach in Rio. 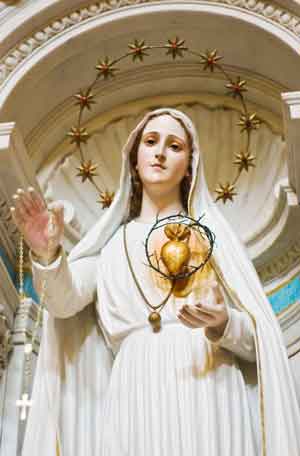 e-mail: This email address is being protected from spambots. You need JavaScript enabled to view it.

Published in The Remnant en Español
Tagged under
Read more...

"And lead us not into temptation. But deliver us from evil. Amen." - The Second Person of the Holy Trinity

Since the close of the Second Vatican Council the Catholic Church has experienced the greatest crisis of faith and discipline in her history, caused by the spread of what Msgr. Guido Pozzo, Secretary of the Pontifical Commission Ecclesia Dei, has described as “a para-Conciliar ideology … that substantially proposes once more the idea of Modernism.” By Modernism is meant the “synthesis of all heresies,” as Saint Pius X called it, a system of errors that greatest of Popes fought mightily to suppress because it undermines every aspect of doctrine and praxis it infects, proceeding by artful ambiguity in theology, demands for the “reform” and “updating” of the Church, and the “simplification” of her divine worship.
Published in Remnant Articles
Tagged under
Read more...

What is one to think of the Pope’s Apostolic Exhortation Evangelii Gaudium (EG)? In a document of 50,000 words spanning 223 typeset pages—straining the hortatory genre beyond all reasonable limits—one would naturally expect to find a good deal of orthodox Catholicism; and that is there. Francis is, after all, the Pope, even if he doesn’t like to call himself that and refuses to add the traditional pontifical “P.P.” to his signature on this or any other document.
Published in Remnant Articles
Tagged under
Read more...

Published in Remnant Articles
Tagged under
Read more...
Page 20 of 21