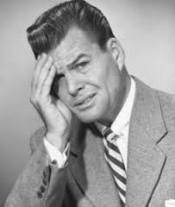 What could Francis possibly have been thinking when he ascribed to Christ Himself a “Christian identity,” as if the Second Person of the Holy Trinity had acquired this “identity” from the influence of the Holy Spirit. And what are we to make of the remark that Christ had a “Christian identity.” A slip of the tongue, obviously, but what does it reveal about the Pope’s constant suggestion that it is “neo-Pelagian” traditionalists who do not encounter the “living Christ.” Do we not see here precisely the abstraction of a “Christian identity” from its living embodiment in Christ, superabundantly present at all times in the Holy Eucharist?

As he is wont to do, Francis used the occasion once again to belittle doctrinal exactitude in the transmission of divine revelation­—the very function of the Magisterium—in favor of a subjective experience of faith, as if the two things were at war with each other:

We too can ask ourselves, what is our identity as Christians? Paul puts it very well today when he says: “And we speak about them not with words taught by human wisdom.” Paul’s preaching is not the result of a course at the Lateran, or the Gregorian... No, no, no! Not human wisdom, no! But taught by the Spirit: Paul preached with the anointing of the Spirit, expressing spiritual things of the Spirit in spiritual terms…. You can have five degrees in theology, but not have the Spirit of God! Maybe you'll be a great theologian, but you are not a Christian because you do not have the Spirit of God! That which gives authority, that which gives identity is the Holy Spirit, the anointing of the Holy Spirit….

Often, so often, we find among our faithful, simple old women who perhaps didn't even finish elementary school, but who can speak to us of things better than any theologian, because they have the Spirit of Christ.

Actually, no. That which gives authority is not the “anointing of the Spirit,” but rather the divine commission to the Church as guardian of specific revealed truths to be maintained faithfully by the successors of Peter and the Apostles as the deposit of the Faith. Revelation ended with the death of the last Apostle, and there is no “anointing of the Holy Spirit” required to give authority to what God has already revealed and the Church is divinely obliged to hand down unchanged. And that which gives the Christian his identity is not any vague “anointing,” but rather the indelible marks of Baptism and Confirmation and the sanctifying grace made available through the Sacraments.

How is it that Francis is constantly proposing unfairly imbalanced equations to illustrate his opinions? Here Catholics with “five degrees in theology” are pitted against “simple old women… who can speak to us of things better than any theologian, because they have the Spirit of Christ.” Are there no theologians with the Spirit of Christ? Are there no simple old women without it? Are there really simple old women who speak to us better than any theologian? Is the sacred science of theology, then, of no real account in the Church of Francis? Does he view the Church as an essentially charismatic enterprise where “anointing”­ rather than sound orthodoxy is the ultimate the test of Faith?

This really isn’t a question of heresy. Rather, it seems that often Francis does not quite know what he wants to say, but he says it anyway. Such is the consequence of improvisation in the realm of theology. The sacred science of theology—traditional Catholic theology—exists in the Church for a very good reason: to prevent her teaching of divine revelation from dissolving into what it has largely become in the post-conciliar epoch: an inchoate mass of sentimentality and ineffable intuitions of which Francis’s free-wheeling remarks and the “interreligious soccer match for peace” are prime examples.

ADDENDUM:  As one of the commenters rightly notes, Christ is the Anointed One.  But he is THE anointed one, the prophesied Messiah.  No one on earth was, or is, anointed as He was, for He alone is God.  The authority of the Christian to which Francis refers does not come from an "anointing" of each Christian by the Holy Spirit, as in Protestant charismaticism, wherein everyone is an authority, but from the authority with which God endowed his Church, which is the authority of Christ Himself in which the faithful participate in the Mystical Body through the grace of the Sacraments and their obedience to the Truth, not by way of some generalized, ongoing "anointing."  Likewise, the "anointing" of the Apostles and the disciples is radically different from the "anointing" of Christians in general to which Francis appears to refer: it is the anointing of the sacred priesthood and the episcopacy which confers authority the laity do not and cannot have.

All in all, the Pope's remarks conflate the order of grace (anointing) with the order of authority, which is the case with "charismatic" theology as well.  The Pope appears to place the authority of Christ on the same plane as the "authority of the Christian," when the ordinary Christian has no authority on the order of Christ's authority which is that of the priesthood of which He is the ultimate exemplar.  To say that Jesus was anointed by the Holy Ghost is certainly not the same as saying that any other Christian in the history of the Church has been anointed. The Pope's remarks conflate the unique anointing of Jesus with that of any Christian.

Further, the reference to Christ's "Christian identity" confusingly sets up a disjunction between Christ and Christianity, as if the latter were something that Jesus adopted under the influence of the Holy Ghost, when in fact He is the Word Incarnate.

Finally, I wish to stress the point I made at the end of the piece: I do not accuse Francis of uttering heresy.  The problem with the many remarks he insists on uttering spontaneously is that they are ill-considered and confusing.  For example, I do not think he really believes that Mary could have thought that God lied to her.  Rather, this is something he blurted out on the spur of the moment, which is precisely why Popes should not make it a habit to speak to the world on the spur of the moment.