Christmas Yet to Come 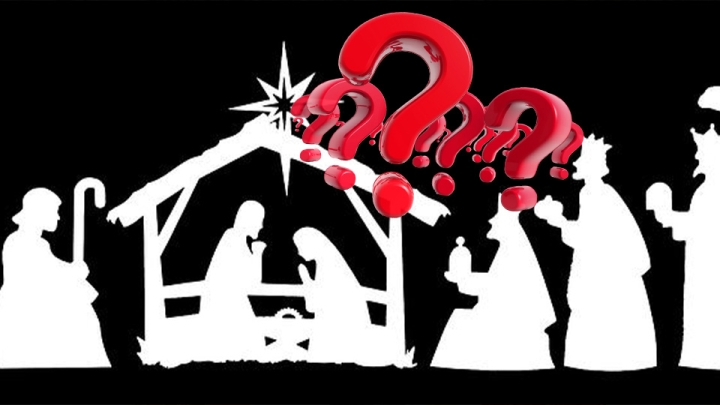 In Charles Dickens’ Victorian epic, A Christmas Carol, Ebenezer Scrooge was visited by three Christmas ghosts: Past, Present and Yet to Come. The most intimidating of the three was the final spirit – Christmas Yet to Come – the grim reaper personified.

What better time to appraise the future of Christmas than on Christmas day.

Christianity in Great Britain where Dickens wrote and set his perennial Christmas classic has been in decline for decades.  In 2016, those declaring themselves to have no religion at all exceeded the number of Christians in the land of Dickens, at 48%. Those who claimed to be Christian at 44% are more cultural Christians than practicing ones a number that sits at 6%.

38% of Britons between ages 21˗ 28 did not know who the baby in Christmas Nativity scenes is. Thirty-seven percent could not identify neither Mary nor Joseph and less than 10% were able to name the gifts that the Three Wise Men presented the infant Jesus.

Proof of that survey was underscored in another poll that found 38% of Britons between ages 21˗ 28 did not know who the baby in Christmas Nativity scenes is. Thirty-seven percent could not identify neither Mary nor Joseph and less than 10% were able to name the gifts that the Three Wise Men presented the infant Jesus.

Another study claimed if current percentage rates continue, there will be no Christians left in England by Christmas 2067. Recent headlines confirm this when some Bible verses were declared “no longer appropriate in the modern age” underscoring what now represents hate speech in jolly old England.

The LGBTQ+ revolution combined with atheistic inclinations and blasphemous caricatures now define Christianity rather than the authentic Gospel. As ideological movements hostile to Christianity bridge the gap and accrue secular power throughout the culture, the post-Christian world will devolve into an anti-Christian one.  Since this is happening in England and throughout Europe, the United States is never far behind.

Pew Research Center claims if current trends continue, Christians celebrating Christmas in the near future will make up less than half of the nation’s population.

In Christmas past (1972), 92% of Americans identified as Christians, where only 63% do in Christmas present with less than 50% belonging to a church.  Pew Research Center claims if current trends continue, Christians celebrating Christmas in the near future will make up less than half of the nation’s population.

This is the best Christmas gift the atheistic, great reset assembly of Jacob Marleys, who are overly concerned with the “surplus population,” could receive. In Christmas present, Tiny Tim, a born cripple, most likely would have been aborted in the virtuous concern of “conservation of resources” and where those who defend and espouse biblical morality are branded as homophobic and prejudiced extremists.

Earlier this month, President Biden signed the Respect for Marriage Act changing the biblical definition of marriage as the new law of the land, while placing a king-sized target on religious liberty. The Heritage Foundation, a conservative think tank, emphasized that “the tax-exempt status of religious schools and nonprofits is now up for debate. Additionally, the left will try to use the law to sue faith-based adoption agencies and contractors to drive them out of business as they have done in multiple states and localities already.”

Christmas is God’s gift to us not because we are worthy of his love but because God is love.

All are proof that a post-Christian America is methodically being expunged and the evidence is on display daily throughout the culture.  Remove God from a society that abhors a vacuum and witness more government, transgenderism, equity, tally another pandemic, and the results should scare the Dickens out of Christmas Yet to Come.

In this post-Christian world, such news and its escalation of opposition and antagonism should not surprise. For many cultural Christians, the dogma and traditions of the faith taught during their youth, never took root on the rocky soil where it was broadcast.  As such, they have made for easy fodder for the left when confronted with the first signs of resistance.

All Christians must be prepared to defend their faith and be a willing catalyst for a spiritual and moral ascent within their community.

Christmas is God’s gift to us not because we are worthy of his love but because God is love.

It took one spirit-filled evening for Scrooge to get his house in order. What will it take for America, and the rest of Western Civilization, if ever?  The solution rests in not being a Scrooge about our faith while throwing open the curtains on a new day allowing the daylight to flood the room welcoming this Christmas by proclaiming the Good News.

It is the only way.

More in this category: « Programming Run Amok Jorge You Should Know! »