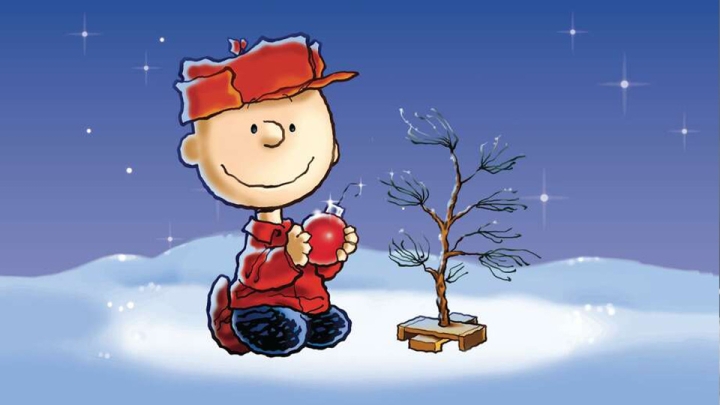 Throughout the years, I must have watched every televised Christmas special ever made several times. Leading the list was “A Charlie Brown Christmas” always an annual watch. Two questions with Charlie Brown persist: One, did he ever pitch a winning game of baseball, and secondly did he ever get any attention from that red-haired girl?

This is the first year since 1965 that “A Charlie Brown Christmas” will not air on broadcast television but instead has found a new home on Apple TV+. Such a move will reduce the opportunity of new generations of children to watch and appreciate a genuine story on the true meaning of Christmas and how Vince Guaraldi’s version of a “Christmas Time is Here” has become another American standard Christmas musical classic.

Once upon a time in America, there were just three commercial  broadcast networks that captured the nation’s attention with a few independent television stations sprinkled in.  When it came to Christmas time, there was a Christmas exclusive cartoon or animation every evening from “The Little Drummer Boy” to “How the Grinch Stole Christmas.”

This season, the Hallmark Channel released their version of a Christmas love story called “The Holiday Sitter” about a gay babysitter who ends up in love with another gay.

In contemporary America, there is no Christmas vacation when it comes to leftist indoctrination. Rather, there are “specials” chockfull of politically correct reasoning to coerce you onboard.

This season, the Hallmark Channel released their version of a Christmas love story called “The Holiday Sitter” about a gay babysitter who ends up in love with another gay. In the past, the Hallmark Channel has included LGBTQ+ characters in its movies, but this is the first time they featured a gay couple as the story’s main protagonist in an attempt at promoting homosexuality as normal to young and old alike during Christendom’s high holiday.

Not to be outdone and during Thanksgiving, Disney opened their own version of a pro-LGBTQ+ movie aptly named “Strange World” that had a robust budget of $180 million, where a gay 16-year-old boy has a crush on another teenaged boy. The film tanked at the box office and is expected to hit Disney with a $100 million loss, according to the entertainment publication, Variety underscoring how woke could mean going broke.

Disney’s embrace of drag queens, and transgenderism extends more to just a financial boondoggle. Disney alienated many fans earlier this year when it featured a lesbian kiss in ‘Lightyear,’ the latest installment in its once venerable ‘Toy Story’ franchise where audiences stayed away in droves.

So, what does Disney do a month before Christmas?

These faddish holiday specials are another symptom of a darker and malevolent evil that lurks throughout the media, Big Tech, corporations, government and academia, all working in lockstep with the global reset crowd who will stop at nothing in destroying Western Civilization through anarchy, misery and hatred.

Politics and political correctness have infiltrated everything, including stalwart brands like Disney and Hallmark. Both companies have been part of the American fabric for generations who built their trademark on wholesome entertainment that manifested traditional moral values. Instead, their creeds have devolved into grooming children for alternative sexual lifestyles at the expense of their time-honored reputations and bottom lines. The collapse of their stock has followed their moral decline, putting the pinch on many investors, especially those who are retired, jeopardizing their financial security.

Despite the chaos, do not expect such failures to handcuff the orthodox left appropriation of American culture.

These faddish holiday specials are another symptom of a darker and malevolent evil that lurks throughout the media, Big Tech, corporations, government and academia, all working in lockstep with the global reset crowd who will stop at nothing in destroying Western Civilization through anarchy, misery and hatred. Where change is about trading your liberty for security that will salute a dystopian, totalitarian nightmare that will make communism seem tame.

Film was once the domain of storytelling now it is the preferred platform in preaching the gospel of leftism where many go along to get along. The age of colossal media conglomerates having a solid monopoly of the film, cable and streaming markets has not been a positive influence on the culture at large.

Believing they are the intellectual and moral vanguards of contemporary society; leftists are convinced of historical inevitability. Leading the charge for this change is far more appealing than standing tall at society’s crossroads, as William Buckley did hollering, “Stop.”

Regarding Charlie Brown, he could never get his curve ball over and he got much more than he ever bargained for with that red-haired girl.

More in this category: « Colonies of the Artificially Intelligent Bovid Christmas Yet to Come »