Observations from the Berm 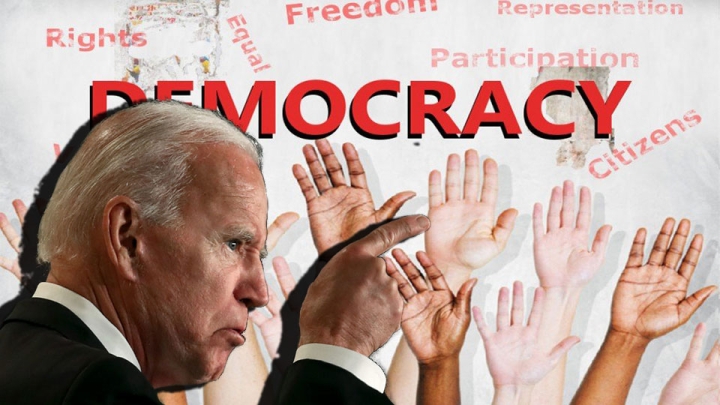 Before venturing deeper into the November midterm election and its many issues, the news’ ledger had plenty of contrasts that may have been overlooked, ignored, or simply dismissed. The good news for Democrats is despite Queen Elizabeth’s death, it won’t prohibit her from voting in November.

I asked one young, soon-to-be-parolee, why Prince Charles is now King Charles III. His answer, “His pop’s was King Charles II.”  Granted, that is English history, so I then asked him if he knew what Jim Crow was. His reply, “Ain’t he dude in 47 cell?” Such sentiments only underscore why school choice needs to be a major issue with every political campaign from sea to shining sea.

The administrative state knows no boundaries when it comes to squashing any populist sentiments that run counter to the leftist narrative. To wit: World Bank President David Malpass said he would not resign despite calls to do so from such leftist luminaries as Al Gore over his published convictions on climate change. Malpass had the gall to question the totality of human causation underscoring if you can’t question it, it is not science. What is outright dismissed and unquestioned is how China is building more coal-fired power plants than the rest of the world combined. The green energy movement is reminiscent of Mao’s “Great Leap Forward” that forced industrialization upon the Chinese. It was a ruinous failure highlighting when public policy ignores reason, logic, and truth – economic disaster soon follows.

In what sounds like a late-night punchline from a struggling comedy writer, New York is actively seeking those “experienced” in starting what conceivably could be the largest, legalized marijuana market in the country.  Prior drug convictions need apply.

The longball has certainly been a newsworthy subject in Major League Baseball as Albert Pujols hit the 700th home run of his career making him the fourth player to reach that mark, joining Babe Ruth, Hank Aaron, and Barry Bonds. With Aaron Judge’s run at the Yankees’ single season homerun record, the league’s suits need to explain why they continue to recognize the home run totals of Sammy Sosa, Mark McGuire, and Bonds, yet refuse them admittance to the Hall of Fame.

Aren’t you glad we have Joe Biden in the Oval Office as Commander-in-Chief?

The NBA retired Bill Russell’s No. 6, but not Wilt Chamberlain’s No. 13.  The overtly woke NBA disapproved of Chamberlain’s conservative politics – therefore no retired number for Wilt.

Nebraska agreed to pay Georgia Southern $1.42 million to play the Cornhuskers on the gridiron in Lincoln, Nebraska in what is known throughout the NCAA as a “guarantee-(win) game.” The only problem was Nebraska lost 45-42 and will now forfeit $16.2 million to buy out their head coach’s contract. Everyone with an economics degree from Nebraska is now suspect.

The Statue of Liberty’s inscription: “Give me your tired, your poor, your huddled masses yearning to breathe free, the wretched refuse of your teeming shore.” Martha’s Vineyard leftists added: Just not in our backyard as Massachusetts called-in their National Guard to escort the unwanted Venezuelan migrants from Florida out of town within 24-hours of arrival.  Our southern border should be that secure, no?

An animated series called: “Little Demon” premiered in late August on FXX. Disney, which produces the show, described it: “Thirteen years after being impregnated by Satan, a reluctant mother and her anti-Christ daughter attempt to live an ordinary life.” The series includes satanic rituals, witchcraft, and nudity is an attempt to normalize the occult. Don’t believe me? Series actress Lucy DeVito said: “I love that we are normalizing paganism.”  How far Disney has sunk? A schoolteacher’s arrest in Virginia for propositioning kids online could now earn him a free, lifetime pass at any Disney theme park.

The $80 billion allocated to the IRS is projected to net $4 billion per year over the next decade. The annual return on a Burger King milkshake machine is higher.

Aren’t you glad we have Joe Biden in the Oval Office as Commander-in-Chief?

More in this category: « Is It Too Late For America? A Military Chaplain Reflects Gender Trouble »