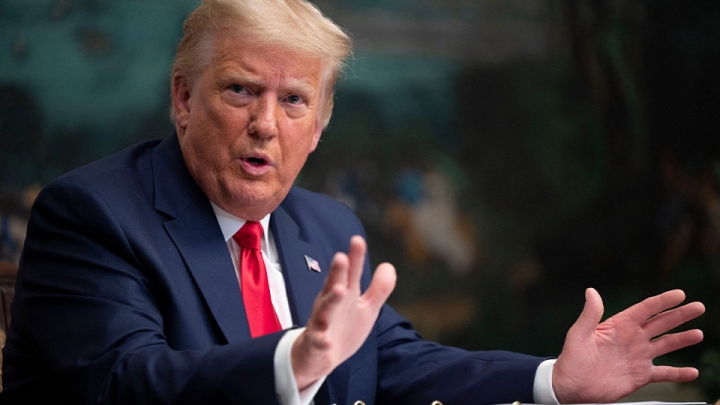 Editor's Note: What follows is the English translation of an article that first appeared in Italian on the website, Daily Compass. It is being reproduced here with the permission of the author. MJM

The FBI raid on former President Trump’s residence is the sign and culmination of an oligarchy’s domination (political, financial, media, etc.) which has subverted the natural and legal order. The remedy, however, does not consist in returning to the “American Way” or “to the principles of the Founding Fathers”, because they were always, from the very outset, designed to allow an oligarchy to dominate things politically and socially.

Although I have spent my entire career predicting the collapse of the American political system, I have to admit that I never dreamed its demise would come about in my own lifetime. Nevertheless, the events of the last two years, crowned on August 8th with the open declaration of war on political freedom and equal justice under the law that the assault on Mar-a-Lago represents, have made it obvious to me that the requiem for the American constitutional order can now safely be sung.

The assault on Mar-a-Lago tells me that the oligarchy is ready to impose the Triumph of its Will with every means at its disposal.

The descent upon the home of President Trump - claimed necessary to secure documents to which the FBI actually already had full access - was the ultimate indication of just how confident the political, financial, technological, sanitary, and media oligarchy arrogantly dominating the nation has become. That oligarchy is utterly contemptuous of everything relating both to the creation, interpretation, and administration of the laws of the land, as well as to the wishes and well being of the people of the United States as a whole. This is no surprise, given that its membership is international in character, with its parliamentary sessions held yearly not in Washington, but in Davos, with representatives of each of its constituent elements in attendance. Justice and freedom are now simply whatever this global oligarchy wills them to be, and every American institution, private as well as governmental, has been mobilized and politicized by it to secure its international goals.

In consequence, American justice therefore means one thing for Joe and Hunter Biden in their corrupt business dealings with China and the Ukraine and another for small businesses devastated by the lockdowns and vaccination requirements demanded by the oligarchy’s medical minions. It means that armed criminals are allowed to wreak havoc in cities with the blessing of Democratic mayors and George Soros backed prosecutors who condemn the work of the police, along with the right of law-abiding citizens to defend themselves from violence. It means that pro-life advocates, Supreme Court justices making decisions seeming to favor them, parents wishing to protect their children from educational programs designed to pervert youth from the earliest age, and Public Enemy Number One’s possible plans for running for President in 2024 must be blocked by whatever foul tools are required.

Freedom for the oligarchs entails the right to perpetrate unhindered whatever falsehoods aid their cause, no matter how absurd they may be; freedom for the rest of the population means blind acceptance of such propaganda and keeping its mouth shut about the collusion of all of the global elite’s different elements perpetrating them. Liberty demands that public grumbling of the serfs be met by resolute action on the part of the Gestapo once known as the FBI, which must invade their homes and clap them into solitary confinement in prison as was done with a number of the January 6th protestors. Should the disobedience of the restive masses continue, their own well being would require the oligarchy’s once again pressing groups like Black Lives Matter into action to initiate another round of Nights of the Long Knives. And the very cause of Democracy itself would have to be defended by technocratic and popular interference with potential electoral revenge; namely, through manipulation of the voting machinery and armed mob contestation of any contrary results that might unfortunately emerge.

The system of checks and balances and equal justice before the law is totally broken.

In short, and to repeat myself, the assault on Mar-a-Lago tells me that the oligarchy is ready to impose the Triumph of its Will with every means at its disposal, that the system of checks and balances and equal justice before the law is totally broken, and that the requiem for the constitutional order has to be sung. I hope and pray that I am wrong, because I do not want to live in the country taking shape under the boot of this corrupt, ideological, and criminally vile force. I hope and pray that an electoral reaction does successfully manifest itself in November, and that a reaction in the streets ensures if the results are once again distorted as in 2020.

But even if these took place, there would remain another still more crucial problem that the nation would have to resolve. In order to “build back better” in the only manner that can secure the common good and the true dignity of the individual human person the entire myth of the “American way” as “the last, best hope of mankind” would have to be exposed for the intrinsically self-destructive, sophistic lie that it has been from its very birth. For unless this beast is recognized for the dangerous fraud that it is, the outward façade of the already dead American political system, like the courts of the last of the Western Roman Emperors, will be kept artificially alive, allowing for the continued oppression of a population which to a large degree still refuses to acknowledge who is actually ruling it, how they come to do so, and for what ultimate purposes they unjustly govern. And since that myth has been propagandized throughout the globe, most especially since the end of the Second World War, its survival will continue to have unfortunate worldwide consequences.

There is no way that I can detail here all the reasons why the myth of the glory of the American way doomed the system from its very birth. Suffice it to say here that the American Revolution, the American Constitution, and the American Way, all of them shaped by the Whig Movement of the seventeenth and eighteenth centuries, whose goals were best expressed by John Locke, the founder of Liberalism, were always, from the very outset, designed to allow an oligarchy to dominate things politically and socially.

The global elite oppress not just the United States but also the entire western world, in the name of the freedom and dignity of everyone.

Under the slogan of protecting personal freedom and dignity, what Anglo-American Liberalism actually did was to free the individual from the obstructions to his will offered by the traditional, legitimate, common-good oriented Classical and Catholic authorities of State and Church, and to claim that any effort to restore these would be an assault upon liberty in general.

This has always entailed an open invitation to the strongest individuals to dominate society “in the name of the freedom of all” without any solid, open, natural and supernatural political and moral forces being allowed to oppose them.

Oligarchical combinations of these strongmen have changed over the course of time, and have led now to the victory of the global elite oppressing not just the United States but also the entire western world, in the name of the freedom and dignity of everyone. President Trump and his supporters know that this claim is an utter fraud. But if they think that a return “to the principles of the Founding Fathers”, Whig, Lockean, and Liberal that they are, will cure this evil, they are sadly mistaken. Only a return to a State founded on Socratic Reason and Catholic Truth can tame the ravages brought about by seeking to found political and social order on the unleashing of the will of individual corrupted by Original Sin. Unless Christ is King, the Gestapo will always lie in waiting outside Mar-a-Lago.

[Comment Guidelines - Click to view]
The Remnant values the comments and input of our visitors. It’s no secret, however, that trolls exist, and trolls can do a lot of damage to a brand. Therefore, our comments are heavily monitored 24/7 by Remnant moderators around the country.  They have been instructed to remove demeaning, hostile, needlessly combative, racist, Christophobic comments, and streams not related to the storyline. Multiple comments from one person under a story are also discouraged. Capitalized sentences or comments will be removed (Internet shouting).
The Remnant comments sections are not designed for frequent personal blogging, on-going debates or theological or other disputes between commenters. Please understand that we pay our writers to defend The Remnant’s editorial positions. We thus acknowledge no moral obligation whatsoever to allow anyone and everyone to try to undermine our editorial policy and create a general nuisance on our website.  Therefore, Remnant moderators reserve the right to edit or remove comments, and comments do not necessarily represent the views of The Remnant.
back to top
Last modified on Monday, August 15, 2022
Tweet

More in this category: « Democrats’ Gap Year Solemnity of the Assumption of the Blessed Virgin Mary »