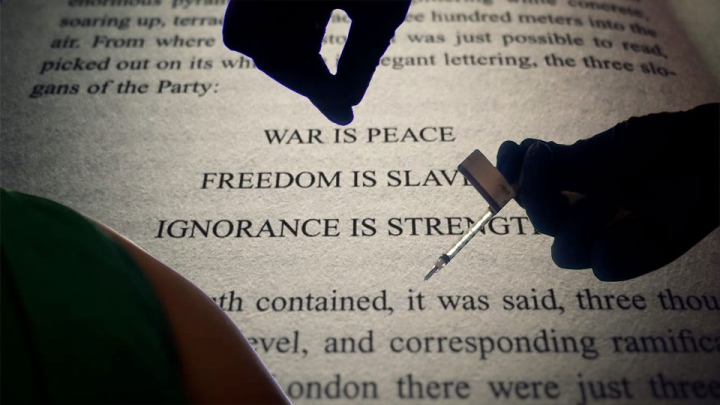 If Covid was a battlefield it would still be warm with the bodies of the unvaccinated. Thankfully the mandates are letting up and both sides of the war stumble back to the new normal. The unvaccinated are the heroes of the last two years as they allowed us all to have a control group in the great experiment and highlight the shortcoming of the Covid vaccines.

The unvaccinated carry many battle scars and injuries as they are the people we tried to mentally break, yet no one wants to talk about what we did to them and what they forced “The Science“ to unveil.

We knew that the waning immunity of the fully vaccinated had the same risk profile as others within society as the minority of the unvaccinated, yet we marked them for special persecution.

Today the hard truth is none of it was justified as we took a quick slide from righteousness to absolute cruelty.

You see we said they had not “done the right thing for the greater good” by handing their bodies and medical autonomy over to the State.

Many of the so-called health experts and political leaders in Australia admitted the goal was to make life almost unlivable for the unvaccinated, which was multiplied many times by the collective mob, with the fight taken into workplaces, friendships, and family gatherings.

Today the hard truth is none of it was justified as we took a quick slide from righteousness to absolute cruelty. We might lay the blame on our leaders and health experts for the push but each individual within society must be held accountable for stepping into the well-laid-out trap.

We did this despite knowing full well that principled opposition is priceless when it comes to what goes inside our bodies and we let ourselves be tricked into believing that going into another ineffective lockdown would be the fault of the unvaccinated and not the fault of the toxic policy of
ineffective vaccines.

We believed we had logic, love, and truth on our side so it was easy to wish death upon the unvaccinated.

We took pleasure in scapegoating the unvaccinated because after months of engineered lockdowns by political leaders blinded by power, having someone to blame and to burn at the stake felt good.

We believed we had logic, love, and truth on our side so it was easy to wish death upon the unvaccinated.

Those of us who ridiculed and mocked the non-compliant did it because we were embarrassed by their courage and principles and didn’t think the unvaccinated would make it through unbroken and we turned the holdouts into punching bags. Bonnie Henry, Teresa Lam, Lori Wanamaker, Anthony Fauci, Trudeau, and the other cast of hundreds in prominent roles need to be held to account for vilifying the unvaccinated in public and fueling angry social media mobs.

The mobs, the mask Nazis, and the vaccine disciples have been embarrassed by “betting against” the unvaccinated because mandates only had the power we gave them.

It was not compliance that ended domination by Big Pharma Companies, Bill Gates and his many organizations, and the World Economic Forum… It was thanks to the people we tried to embarrass, ridicule, mock and tear down.

It was not compliance that ended domination by Big Pharma Companies, Bill Gates and his many organizations, and the World Economic Forum… It was thanks to the people we tried to embarrass, ridicule, mock and tear down.

We should all try and find some inner gratitude for the unvaccinated as we took the bait by hating them because their perseverance and courage bought us the time to see we were wrong.

So if mandates ever return for Covid or any other disease or virus, hopefully, more of us will be awake and see the rising authoritarianism that has no concern for our well-being and is more about power and control.

The war on the unvaccinated was lost and we should all be very thankful for that.

[Comment Guidelines - Click to view]
The Remnant values the comments and input of our visitors. It’s no secret, however, that trolls exist, and trolls can do a lot of damage to a brand. Therefore, our comments are heavily monitored 24/7 by Remnant moderators around the country.  They have been instructed to remove demeaning, hostile, needlessly combative, racist, Christophobic comments, and streams not related to the storyline. Multiple comments from one person under a story are also discouraged. Capitalized sentences or comments will be removed (Internet shouting).
The Remnant comments sections are not designed for frequent personal blogging, on-going debates or theological or other disputes between commenters. Please understand that we pay our writers to defend The Remnant’s editorial positions. We thus acknowledge no moral obligation whatsoever to allow anyone and everyone to try to undermine our editorial policy and create a general nuisance on our website.  Therefore, Remnant moderators reserve the right to edit or remove comments, and comments do not necessarily represent the views of The Remnant.
Last modified on Tuesday, July 12, 2022