Memorial Day... We're NOT the Only Ones 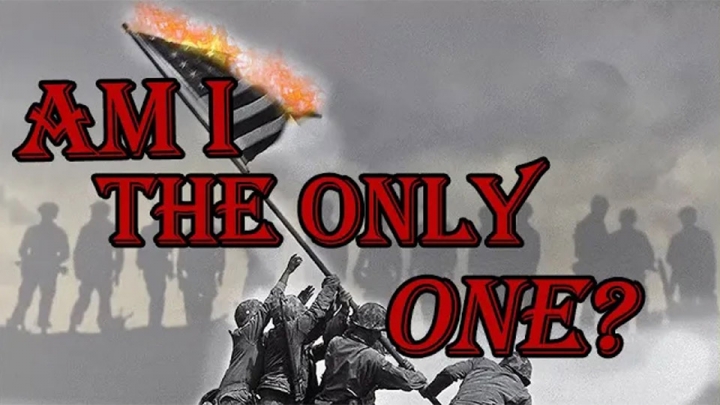 If the souls from our nation lost on foreign battlefields were allowed to return this Memorial Day, would politicians yield to them podiums or the media microphones?

If granted such leave from eternity, their line would be many miles; assuming human forms resembling the last living moments before their violent departure from this earth; arms and legs missing or hanging, and for some, heads tucked under arms with old weapons in tow. Could we take the shock of their words... words especially to those educated experts on foreign policy or national "security"? The boys we knew were uncomplicated, mostly 18, 19 or 20 years, with a desire to come home, find a job, raise a family or go to college. They were not ready to die.

We continue with irresponsible politicians spending America’s blood treasure as though they were at the casino. None of the brave men I fought with gave their lives, they were taken.

Ordinary men go into battle with the hope of surviving and the fear of dying… Eternal rest grant unto them, O Lord…

From RTV — PATRIOTISM MATTERS: Pledging Allegiance to a Burning Flag

[Comment Guidelines - Click to view]
The Remnant values the comments and input of our visitors. It’s no secret, however, that trolls exist, and trolls can do a lot of damage to a brand. Therefore, our comments are heavily monitored 24/7 by Remnant moderators around the country.  They have been instructed to remove demeaning, hostile, needlessly combative, racist, Christophobic comments, and streams not related to the storyline. Multiple comments from one person under a story are also discouraged. Capitalized sentences or comments will be removed (Internet shouting).
The Remnant comments sections are not designed for frequent personal blogging, on-going debates or theological or other disputes between commenters. Please understand that we pay our writers to defend The Remnant’s editorial positions. We thus acknowledge no moral obligation whatsoever to allow anyone and everyone to try to undermine our editorial policy and create a general nuisance on our website.  Therefore, Remnant moderators reserve the right to edit or remove comments, and comments do not necessarily represent the views of The Remnant.
back to top
Last modified on Monday, May 30, 2022
Tweet
More in this category: « Arlington’s Unsightly Reckoning “CORONA INVESTIGATIVE COMMITTEE”: Viganò Interview with Attorney Reiner Füllmich »