Hags and Have Nots 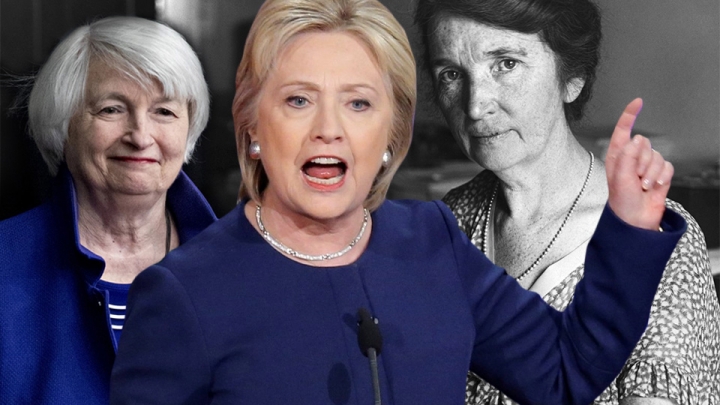 I remember reading the chapter in the wildly popular book Freakonomics years ago about abortion and crime. According to studies cited in Freakonomics, an increase in abortion rate correlates with a decrease in crime rates over time.

“Yes, of course,” I thought. “If one kills unborn children, then they most certainly cannot grow up to be criminals. They also cannot grow up to be mothers and fathers, nurses, teachers, friends, and grandparents.” The Freakonomics logic makes perfect sense, in other words. But only when seen through the Malthusian lens of the dismal science. Life is terrible if you’re poor—or so the probably misguided view of economics’ underpinnings goes—so the best course of action is just to spare as many as possible from the nightmarish fate of being born.

So much for the Freakonomics approach. But there is an even darker cast to this very common mindset. I am sorry to say it, but it is held very often by females.

Feminine nature is perhaps the most beautiful thing in our world, and a loving mother or wife is a gift from God. But when the feminine nature is corrupted, by that very same measure is turns hideous, a Medusa which in turn sets the hearts of others in solid stone. It is a Luciferian principle, after all. What is most beautiful is also, potentially, ugliest when it falls from grace.

During a Senate Banking Committee hearing held Tuesday, May 10, Treasury Secretary Janet Yellen expressed the Freakonomics view with a truly remarkable degree of contempt for human life. Better to kill a child in the womb, Yellen said in effect, than to allow that child to be raised in a poor household. Even better to kill such a child, Yellen remarked in so many words, if the family is Black.

How many other repulsive, child-loathing white females have had sway in our longsuffering country?

The blood-freezing hatred for Black children which the United States Secretary of the Treasury evinced in a hearing in the United States Senate almost went unchallenged. Just one person, Senator Tim Scott from South Carolina, spoke up. I was raised in abject poverty by a Black mother, Sen. Scott said. And I am glad I was born. Sen. Scott called Yellen’s take “cold and robotic.” I think, to be honest, that he was being very kind.

How many other repulsive, child-loathing white females have had sway in our longsuffering country? Certainly Janet Yellen isn’t the first hag to recommend murder as the cure for not being as rich as she. One thinks of Margaret Sanger, of course, who held that Black children were “human weeds” and who worked in an environment in which forced sterilization of Black women was so common that those meatball surgeries were known as “Mississippi appendectomies”.

Here is what Sanger really thought of those not in her privileged race and class:

“I consider that the world and almost our civilization for the next twenty-five years, is going to depend upon a simple, cheap, safe contraceptive to be used in poverty stricken slums, jungles, and among the most ignorant people. Even this will not be sufficient, because I believe that now, immediately, there should be national sterilization for certain dysgenic types of our population who are being encouraged to breed and would die out were the government not feeding them.”

Sanger’s role as the hag behind the massacre of the Black have-nots is now common knowledge.

“Poverty stricken slums, jungles,” and “the most ignorant people”. Very subtle. Sanger’s role as the hag behind the massacre of the Black have-nots is now common knowledge. The American Black Genocide as Sangerism is an historical fact. But not everybody has gotten the memo.

One can almost imagine Clinton, Yellen, and Sanger hunched over a boiling cauldron and sharing among them a single eye. What’s in the pot? Baby arms and legs, of course. The hags are feasting on the have-nots.

Our Lady of Guadalupe is the most beautiful image that any human being will see this side of Heaven. Our Lady is with Child, an Aztec maternity belt around Her belly and resplendent in the loving glory of almighty God, Whose Son she bears.

What an absolute contrast with the ugliness of the American abortionist hag. One suspects that Planned Parenthood would give the bloated Vladimir Putin the Margaret Sanger Award if only he were a child-hating woman, and if only the people dying in Ukraine were poor, Black, and unborn.

Latest on RTV — ZOE’S STORY: Hope of the World, Terror of the New World Order

[Comment Guidelines - Click to view]
The Remnant values the comments and input of our visitors. It’s no secret, however, that trolls exist, and trolls can do a lot of damage to a brand. Therefore, our comments are heavily monitored 24/7 by Remnant moderators around the country.  They have been instructed to remove demeaning, hostile, needlessly combative, racist, Christophobic comments, and streams not related to the storyline. Multiple comments from one person under a story are also discouraged. Capitalized sentences or comments will be removed (Internet shouting).
The Remnant comments sections are not designed for frequent personal blogging, on-going debates or theological or other disputes between commenters. Please understand that we pay our writers to defend The Remnant’s editorial positions. We thus acknowledge no moral obligation whatsoever to allow anyone and everyone to try to undermine our editorial policy and create a general nuisance on our website.  Therefore, Remnant moderators reserve the right to edit or remove comments, and comments do not necessarily represent the views of The Remnant.
back to top
Last modified on Wednesday, May 25, 2022
Tweet

More in this category: « Surveying the Battlefield: Are Catholics Interested in Fighting the Final Battle?  On the Front Lines of the Global War: An Interview with Catholic Pro-Lifer Will Goodman »