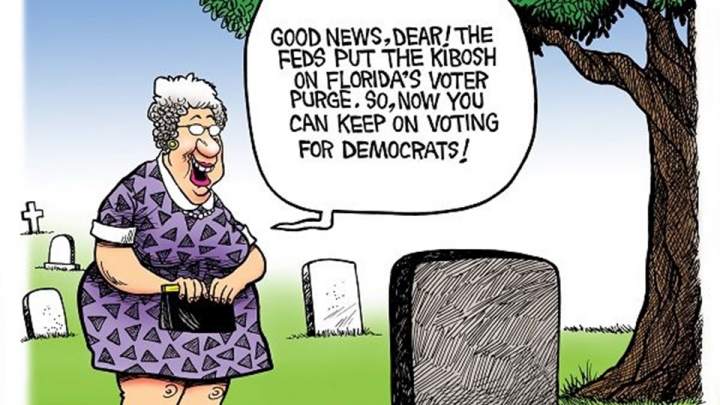 With the Pennsylvania primary election upon us, the clarity of the November midterm elections will begin to emerge and loom even larger. With good reasons, expectations of a republican rout are running from sea to shining sea.

There is, however, one element, like hydrogen, that remains incessantly present – this incredible penchant for the GOP to create, among themselves, a circular firing squad. When republican incumbent State Rep. Kurt Masser announced that he would not seek reelection in November representing the 107th Pennsylvania Legislative District, it underscored such a political paradigm.

Masser’s announcement in March left very little time for one to get their name on the May 17th primary ballot. Provided Masser remained in office, his reelection in November would have been uncontested. Within days of his announcement, Ron Tanney signs started conveniently sprouting like spring scallions as Masser’s heir apparent. Signs touting Joanne Stehr’s candidacy soon followed.

There are no Democrats listed on the primary ballot, but you can expect from them a compelling effort to establish a feasible and bankable write-in candidate come November.

Decorated Army veteran and retired state employee Ken T. Seay expressed interest but did not possess the time nor the resources to get his name on the primary ballot within the mandated deadline. As such, Tanney of Mount Carmel and Stehr of Hegins are the only candidates appearing on the ballot seeking to replace Masser in the reconfigured 107th Pennsylvania District. Southern Northumberland County and portions of Schuylkill County now make up the 107th having lost all of Montour County.

There are no Democrats listed on the primary ballot, but you can expect from them a compelling effort to establish a feasible and bankable write-in candidate come November. Given the changed district boundaries combined with a retiring Masser, it provides Democrats with a grand opportunity to return to their fold a seat that was once held by the late Democrat Robert Belfonti from 1979 to 2010. In recent times, Tanney, like his dad who was a longtime Democrat and political ally of Belfonti, changed parties.

Contrast this to the five candidates who will appear on the primary ballot hoping to replace the retiring David Millard who represented the neighboring 109th Pennsylvania Legislative District in Harrisburg over the past 18-years. In fact, all five participated in a question-and-answer forum held recently at Central Columbia High School.

Campaigns are typically about slogans rather than specifics, where campaigning and governance seem indistinguishable. Who isn’t for “better schools and good paying jobs, dignity, and equality?” Euphemisms can be powerfully persuasive and resonate with voters, whether they are accurate or not. All campaigns must focus on present policies and assess them against their actual results, but this rarely occurs.

Who hasn’t received the manic postcard that makes a beeline from mailbox to trash can?

Too often what makes political campaigns wearisome is not just their length or the middling candidates, but their mundane predictability. To date, it has been a campaign-by-numbers, unimaginative and conventional. Who hasn’t received the manic postcard that makes a beeline from mailbox to trash can?

If anything, campaigning is all about vetting the candidates and what better way than to debate the issues. Rather than your typical politician’s diet of a healthy dose of turkey, chicken and the occasional crow, debates need to be on the radar before November’s general election. If they are serious, Democrats must push hard for it since they will have to rely on the write-in ballot in order to compete.

Campaigns too often fail to illuminate the issues, solutions, and character revelations that a debate provides.  Plenty of evidence underscores how political advertising almost never affects people the way a debate can.

In essence, political campaigns are really nothing but a wholesale job interview. The job applicant, or candidate, goes before the employer, or voters, and explains why they should be hired. There is no better way to accomplish this than through a debate.

Whoever wins the primary in the 107th will most likely prevail in the November general election. If you find yourself discouraged by the lack of candidates and the absence of debate the write-in option is certainly a viable opportunity that should be exercised to prevent political atrophy.

A write-in candidate could seemingly pull off the unimaginable like Rich Strike did last week in the Kentucky Derby and upset the status quo where a political handoff turns into a fumble.

Perhaps you are reading one right now.

The Latest from RTV — CARDINAL JOSEPH ZEN ARRESTED (Where is Pope Francis?)

[Comment Guidelines - Click to view]
The Remnant values the comments and input of our visitors. It’s no secret, however, that trolls exist, and trolls can do a lot of damage to a brand. Therefore, our comments are heavily monitored 24/7 by Remnant moderators around the country.  They have been instructed to remove demeaning, hostile, needlessly combative, racist, Christophobic comments, and streams not related to the storyline. Multiple comments from one person under a story are also discouraged. Capitalized sentences or comments will be removed (Internet shouting).
The Remnant comments sections are not designed for frequent personal blogging, on-going debates or theological or other disputes between commenters. Please understand that we pay our writers to defend The Remnant’s editorial positions. We thus acknowledge no moral obligation whatsoever to allow anyone and everyone to try to undermine our editorial policy and create a general nuisance on our website.  Therefore, Remnant moderators reserve the right to edit or remove comments, and comments do not necessarily represent the views of The Remnant.
back to top
Last modified on Saturday, May 14, 2022
Tweet

More in this category: « CHRISTOPHOBIC GLOBALISM: Preparing Children for Persecution Zen and the Art of Motu Proprio Maintenance »