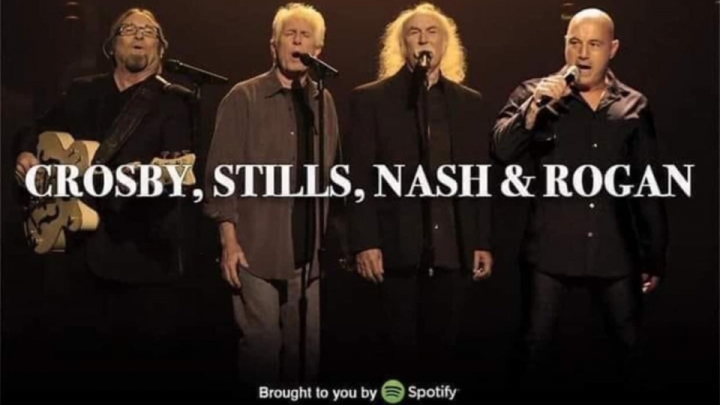 Joe Rogan’s anti-vaccine opinions created a censorship dumpster fire when singer Neil Young pulled his music from Spotify, the same platform that offers Rogan’s podcasts. In the aftermath, those under the age of 40 were wondering who Young is, while those 40 to 65 are amazed that Young still breathes, and everyone over 65 are questioning what exactly is Spotify. 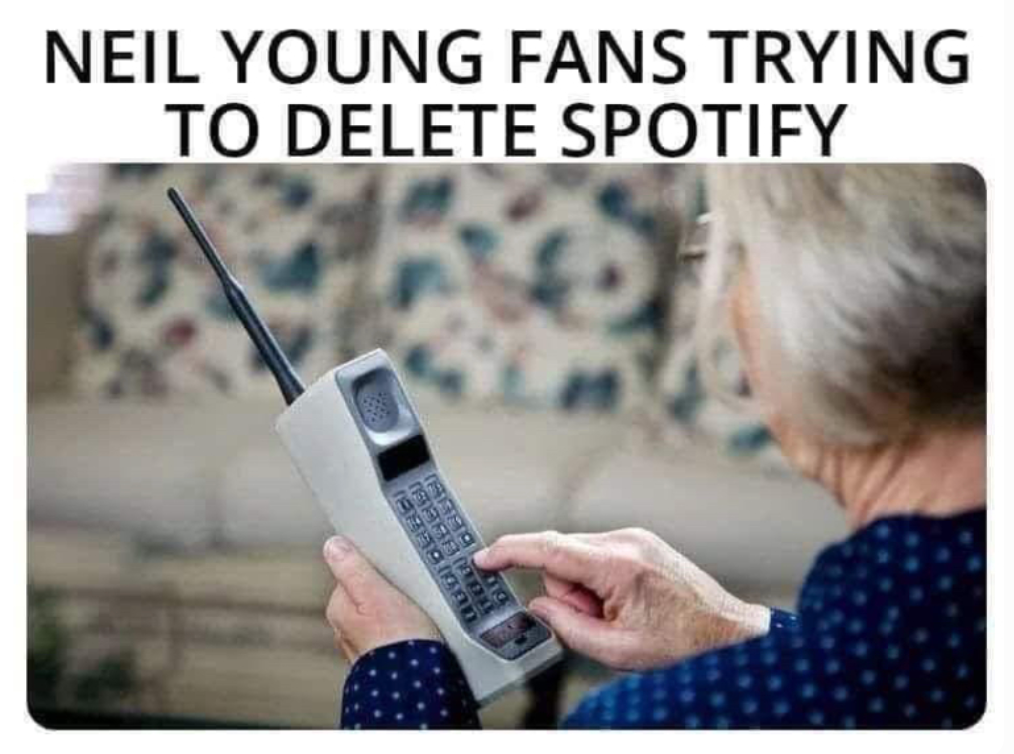 On occasion, I have tuned into Rogan, the longtime former host of “Fear Factor,” and question if Young, or any other “outraged” leftists ever actually listened to “The Joe Rogan Experience” minus an edited thirty-second soundbite.

Rogan is nothing like the arrogant Young that self-lobotomized years ago as another hippie burnout from the ‘60s counterculture who thinks nothing of attacking the First Amendment – the foundation of the nation. Ironically, Young who once sang, “Rockin’ in the Free World,” now spearheads the cancellation brigade. Those once incredulous of government now trusts a government that fears dissenting attitudes.

Rogan is a judicious, informed interviewer who is not intimidated to follow up with hard questions and consistently fact-check in real-time. Rogan’s podcasts are a formidable contrast to what is offered throughout the mainstream media. Rogan is undergoing what Supreme Court Justice Clarence Thomas described as “a high-tech lynching,” which underscores how leftists are always on the hunt for additional scalps.

Rogan is a threat because he represents the everyday “Joe” that is intellectually curious and can now access a plethora of information like never before.

Rogan was never afraid to question the leftist narrative where blind obedience rules over informed consent. Rogan’s show resonates because of its variety of perspectives coupled with earnest dialogue that is something we greatly need to regain.

Rogan is a threat because he represents the everyday “Joe” that is intellectually curious and can now access a plethora of information like never before. When firewalls are torn down informational gatekeeping dissolves.

By all means have Young pull his music but we all know Spotify would have gladly dropped Rogan like a bad habit provided he didn’t earn the numbers he does. Such drama attests to a more loyal audience. Young should have offered to be on Rogan’s show to discuss various options for COVID protection.

The pied pipers of Leftdom have deemed Rogan’s podcasts as “dangerous” yet they provide no justification to the libelous allegation that he spews “misinformation.” The suitable response to debatable speech is more speech.

For vaccine vigilantes, anyone who claims that COVID antibodies are more effective than the vaccine where inherent risks have always existed are the one’s guilty of spreading misinformation.

For vaccine vigilantes, anyone who claims that COVID antibodies are more effective than the vaccine where inherent risks have always existed are the one’s guilty of spreading misinformation.

“You’re not going to get COVID if you have these vaccinations,” President Biden said last summer. Centers for Disease Control and Prevention Director Rochelle Walensky claimed in March 2021 that “vaccinated people do not carry the virus, don’t get sick — it’s not just in the clinical trials but also it’s in real-world data.”

It seems that our taxpayer-funded health bureaucracy has excelled in misinformation, so where are the cancellations? Leftist hypocrisy knows no limit. Name one leftist who called for Whoopi Goldberg to be cancelled when she denied the Holocaust had nothing to do with race, or how New York City Mayor Eric Adams called white police officers “crackers”

Conformity and censorship that goes unchallenged is a direct affront to open discourse that is a major means of discovering truth.

Follow the science does not mean shutting down other opinions like Rogan’s. Scientists and physicians along with the rest of us must be inherently skeptical of all “settled science.” Refusing to acknowledge that the science at times has been wrong during the pandemic is misunderstanding science. Promoting science’s infallibility is a disservice to the very core of what science is – a process that is continually apprised and amended and is by no means a destination.

Censorship and its evil twins of conformity and groupthink are the bulwark to free inquiry that is imperative for making informed decisions that is the essence of a free society. The Marxist virtue signalers want to edit and control a media platform and podcast that will not spout the leftist narrative.

Today’s mandates are tomorrow’s misinformation. A free society engages in robust debate understanding that the truth will always withstand the test of time and inquiry.

Those lining up to cancel anything they do not approve of fail to realize that their number eventually arrives.

Watch the latest from RemnantTV  —  THE GODLESS DELUSION: Truckers Bring God Back to Canada

[Comment Guidelines - Click to view]
The Remnant values the comments and input of our visitors. It’s no secret, however, that trolls exist, and trolls can do a lot of damage to a brand. Therefore, our comments are heavily monitored 24/7 by Remnant moderators around the country.  They have been instructed to remove demeaning, hostile, needlessly combative, racist, Christophobic comments, and streams not related to the storyline. Multiple comments from one person under a story are also discouraged. Capitalized sentences or comments will be removed (Internet shouting).
The Remnant comments sections are not designed for frequent personal blogging, on-going debates or theological or other disputes between commenters. Please understand that we pay our writers to defend The Remnant’s editorial positions. We thus acknowledge no moral obligation whatsoever to allow anyone and everyone to try to undermine our editorial policy and create a general nuisance on our website.  Therefore, Remnant moderators reserve the right to edit or remove comments, and comments do not necessarily represent the views of The Remnant.
back to top
Last modified on Thursday, February 17, 2022
Tweet

More in this category: « OVERCOMING TYRANNY: Fr. Mawdsley's 3-Step Plan Convoy to Canberra; what it is and what it is not »