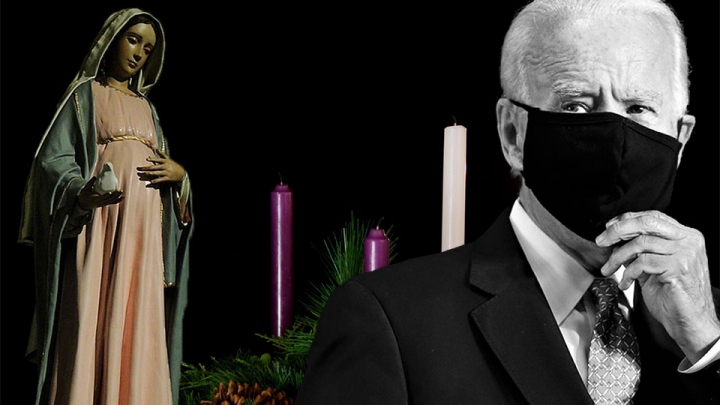 Virginia and New Jersey’s recent elections should have been a landslide.

The Virginia governor’s race is a microcosm of our national political climate. Republican Glenn Youngkin’s 51-49 victory for governor, which the Biden campaign won by 10% last year, was an impressive turnaround in such a short period of time.

Conservatives must not take the wrong message from the results that were too close for comfort.

Needing to find a culprit, some blamed Youngkin’s underdog win on the supply chain quagmire as their fake ballots from China were locked away on some container ship off the coast. Others labeled it a victory for “white supremacists” despite the fact that Winsome Sears, a Jamaican-American and Marine Corps veteran, won the Lt. Governor’s seat and Jason Miyares, a Cuban-American, will serve as Virginia’s Attorney General.

In a story that received nearly as much ink as the governor’s race in Virginia was how a Republican truck driver spent less than $5,000 to defeat the Democrat president of the New Jersey Senate.

Who is the party of diversity now?

Winsome’s victory speech reminded everyone that we are not living in the 1960’s and how identity politics played for personal advantage is not what governance is about.

In a story that received nearly as much ink as the governor’s race in Virginia was how a Republican truck driver spent less than $5,000 to defeat the Democrat president of the New Jersey Senate.

Donald Trump was not on the ballot, but inflation, higher gas, food and utility prices, supply chain issues and education were.

There is no such thing as a mandate when the Senate is 50/50 and their majority in the House razor thin.

Democrats believed they were given a mandate to steer hard left, open our borders, defund urban police departments, extend unemployment benefits while businesses were trying to fill millions of jobs, and brand concerned parents at school board meetings as “domestic terrorists.”

There is no such thing as a mandate when the Senate is 50/50 and their majority in the House razor thin. Logic is not something the left is well acquainted with, or Martin Luther King’s renowned appeal to judge a person by the content of one’s character and not their pigmentation.

The left will not vote for any ethnic candidate that they constantly claim to support unless they are Democrats. Every election, Democrats faithfully employ their reality distortion android which enables them to see racism and sexism along every avenue, even when suburban whites vote for a native Jamaican woman and a Hispanic male.

We are in the midst of an aggressive, and ascendant radical left that is a partisan power-seeking coalition with no true interest in racial and sexual equality other than to use it as a means for their party’s control of the government.

After all, the 2022 midterm election is nearly a year away and things can change dramatically as the election in Virginia proved.

The Left has overreached as usual, and the election results give the appearance that some may be comprehending what truly is going on.

The tone-deaf Democrats that permeate the nation’s beltway may pay a high price next November. That, however, remains to be seen. After all, the 2022 midterm election is nearly a year away and things can change dramatically as the election in Virginia proved.

What received little to no coverage were two recent polls that hold the key to America’s deeper slide into atheistic socialism.

A Gallup poll disclosed the number of Americans who belong to an organized religion fell below 50% for the first time since 1937 — the year Gallup began tracking such numbers. That was down from 70% just 20 years ago. Only 42% of Americans believe God is the basis of truth, while 24% believe the Bible is God’s word – Gallup’s lowest percentage ever.

What is most likely least understood in contemporary America is how prayer and faith are the thread that runs through every era of American history.

Another poll from the Barna Group that studies cultural and religious trends underscored how Christians are conforming with today’s secular norms with 68% of white mainline Protestants endorsing same-sex marriage, as do 67% of Catholics, and 44% of Black Protestants. That same poll revealed 47% of Christian Millennials believe it is wrong to share their faith.

What is most likely least understood in contemporary America is how prayer and faith are the thread that runs through every era of American history.

As the nation’s faith drifts away, it was Founding Father John Adams who famously said, “Our Constitution was made only for a moral and religious people.”  Such values are no longer self-evident and are gradually being cancelled.

This is the best news for the left as time and thus future elections are on their side.

Latest from Remnant-TV.com - THE ONE WORLD RELIGION: Francis and the Abrahamic Family House

One hundred years after the first appearance of our Blessed Mother to three shepherd children at Fatima, Portugal, her warning still resonates about how the errors of communism would spread the world over.

In no way is the United States immune.  These recent elections should have been an overwhelming landslide for conservatives.

Even atheist Richard Dawkins had “mixed feelings about the decline of Christianity” and warned his fellow atheists, “it might be a bulwark against something worse.”

Americans need to take heed, and at what better time than then during the Advent season.

[Comment Guidelines - Click to view]
The Remnant values the comments and input of our visitors. It’s no secret, however, that trolls exist, and trolls can do a lot of damage to a brand. Therefore, our comments are heavily monitored 24/7 by Remnant moderators around the country.  They have been instructed to remove demeaning, hostile, needlessly combative, racist, Christophobic comments, and streams not related to the storyline. Multiple comments from one person under a story are also discouraged. Capitalized sentences or comments will be removed (Internet shouting).
The Remnant comments sections are not designed for frequent personal blogging, on-going debates or theological or other disputes between commenters. Please understand that we pay our writers to defend The Remnant’s editorial positions. We thus acknowledge no moral obligation whatsoever to allow anyone and everyone to try to undermine our editorial policy and create a general nuisance on our website.  Therefore, Remnant moderators reserve the right to edit or remove comments, and comments do not necessarily represent the views of The Remnant.
back to top
Last modified on Saturday, November 27, 2021
Tweet

More in this category: « Following the Lord, Noting the Science Finding the Light of Christ Through the Immaculata »