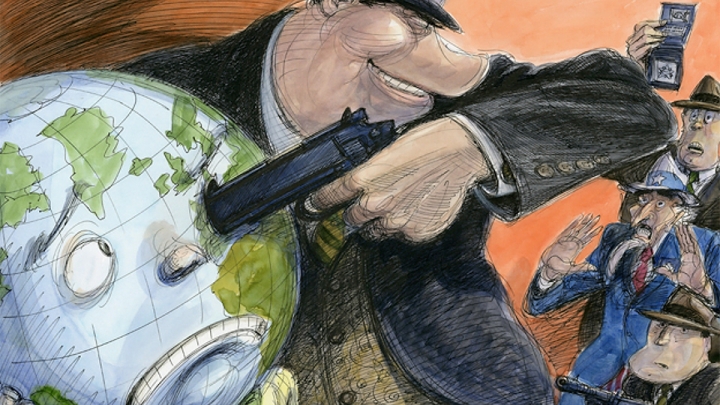 Your job’s payroll taxes, and your annual 1040 Federal Tax Return just is not enough.

The Biden administration wants access to your bank account provided you have a $600 balance or more than $600 worth of transactions, annually.

With such a low monetary threshold, nearly all will be scrutinized.

In this COVID era, Rahm Emanuel’s infamous quip about never allowing a “serious crisis go to waste” echoes throughout the $3.5 to $5 trillion budget bill that seeks more government control.

Treasury Secretary Janet Yellen is leading the charge requiring banks to report cash transactions totaling $600 or more of their account holders. Yellen claims such reporting would catch tax cheats and disclose “opaque income streams that disproportionately accrue to the top.”

Tucked away in the bill is $80 billion that would fund an army of IRS auditors to collect what the Treasury Department says would amount to “$700 billion over the next decade.” Rather than auditors, they should hire folks to answer their telephones.

When the political bureaucracy target banks, you lose.

Americans complied on endless lockdowns that were to “flatten the curve,” the ubiquitous mask mandates that continue and now how everyone must be vaccinated.

There is no evidence of anything here that could be labelled: Build Back Better.

What could possibly go wrong?

Dr. Fauci funnels millions of taxpayer dollars to the Wuhan Institute of Virology resulting in a worldwide pandemic. The F.B.I. is investigating parents who oppose the Critical Race Theory indoctrination of their school age children. President Biden claims the military never advised him to keep a 2,500 residual force in Afghanistan and that our southern border is secure.

Casting a wide net over personal finances has always been a longstanding ploy of the left. There is no evidence of anything here that could be labelled: Build Back Better.

Instead, the left doubles-down.

This scheme is nothing but another privacy breach waiting to happen. Twenty-three state treasurers and auditors signed a letter opposing the legislation describing it as “one of the largest infringements of data privacy in our nation’s history.”

Yellen and her leftist allies need to acquaint themselves with the 4th Amendment that was passed to protect the quintessential American right to be left alone. “The right of the people to be secure in their persons, houses, papers, and effects, against unreasonable searches and seizures, shall not be violated, and no Warrants shall issue, but upon probable cause, supported by Oath or affirmation, and particularly describing the place to be searched, and the persons or things to be seized.”

Perhaps, such zeal could be employed to find the 40 million here illegally and all the welfare, disability and COVID unemployment fraud circulating nationwide.

What else about the Constitution does the Biden administration not comprehend?

Granted, since the Bank Secrecy Act of 1970, all bank transactions over $10,000 is reported. In actuality, that amount needs to be adjusted for inflation, which would make today’s limit $70,000. Congress needs to include that in the legislation but won’t.

Leveraging the banking system to track down terrorists is not new, but including you is. Perhaps, such zeal could be employed to find the 40 million here illegally and all the welfare, disability and COVID unemployment fraud circulating nationwide.

Any politician supporting this is oblivious to the concepts of freedom and liberty. Socialism has arrived and this bill will only serve to expand it. This is a power grab to confiscate personal wealth and redistribute it to those whose only work history is running their mouths and playing the victim.

Affording the IRS access to your bank transactions provides them access to snoop into your financial affairs; what church, if any, you support, the charities and political causes you aid, while creating a data profile where your privacy is replaced with surveillance.

Ultimately, politicians will push legislation that regulates how you save and invest.

How soon until the IRS requires your ATM withdrawal receipt and questions where you spent it?

Along with the White House, Democrats own a razor-thin majority in the Congress. Not to be deterred, the left will stop at nothing in their brazen pursuit of power and control.

Everyone, including the economy, will be much better off provided this bill does a MacArthur and fades away, forever.

[Comment Guidelines - Click to view]
The Remnant values the comments and input of our visitors. It’s no secret, however, that trolls exist, and trolls can do a lot of damage to a brand. Therefore, our comments are heavily monitored 24/7 by Remnant moderators around the country.  They have been instructed to remove demeaning, hostile, needlessly combative, racist, Christophobic comments, and streams not related to the storyline. Multiple comments from one person under a story are also discouraged. Capitalized sentences or comments will be removed (Internet shouting).
The Remnant comments sections are not designed for frequent personal blogging, on-going debates or theological or other disputes between commenters. Please understand that we pay our writers to defend The Remnant’s editorial positions. We thus acknowledge no moral obligation whatsoever to allow anyone and everyone to try to undermine our editorial policy and create a general nuisance on our website.  Therefore, Remnant moderators reserve the right to edit or remove comments, and comments do not necessarily represent the views of The Remnant.
Last modified on Thursday, October 14, 2021