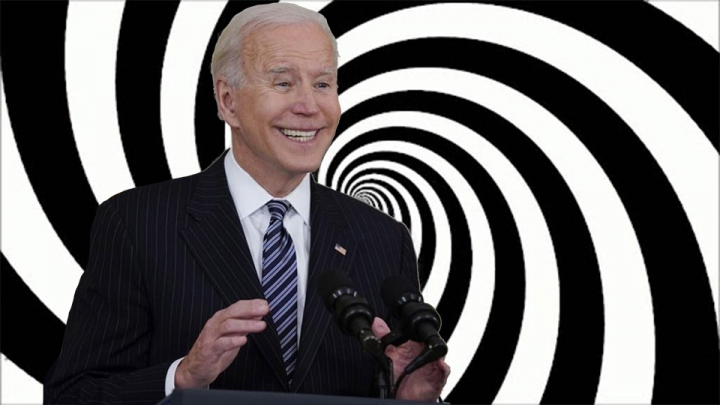 The adjective “milling” is described as moving around in a confused mass.  It certainly sounds like what is taking place daily throughout the Biden administration from COVID, Afghanistan, to the southern border.

Allegedly, the Chairman of the Joint Chiefs of Staff, Gen. Mark Milley, had two top secret phone calls with China’s Chief General Li four days before the Nov. 3, 2020 presidential election, and two days after Jan. 6, 2021, in the waning days of the Trump administration.

If what Milley said was true he was clear and concise in telling China’s Li: “If we’re going to attack, I’m going to call you ahead of time. It’s not going to be a surprise.”

The Washington Post book review claims Milley was anxious over the Jan. 6 Capitol riot and “was certain that Trump had gone into a serious mental decline in the aftermath of the election, with Trump now all but manic, screaming at officials and constructing his own alternate reality about endless election conspiracies.”  Bottom of Form

Apparently, Milley believed Trump might “go rogue,” and informed his staff, “You never know what a president’s trigger point is.” Sharing Milley’s anxieties was Speaker of the House Nancy Pelosi who requested that Milley stop “an unhinged president from using the nuclear codes.”  The book says Pelosi articulated to Milley that Trump “has been crazy for a long time.”  Milley reportedly answered, “I agree with you on everything.”

Milley insisted such “routine calls” with the Chinese were “perfectly within the duties and responsibilities of the chairman.”  Milley would not confirm or deny that he oversaw any secret meeting after the Jan. 6 Capitol riot ordering his senior military officials to disobey orders from Trump unless he was directly involved.

Provided Milley truly believed Trump was such a threat, he should have sounded the alarm and resigned.

Milley should have been relieved for allowing the abandonment of Bagram Air Base in Afghanistan, a world class facility where billions of dollars of military hardware were simply abandoned.

Biden said he has “complete confidence” in Milley.  Such reassurance does nothing to advance Milley’s credibility.  Rest assured Biden will retain him.  The last thing Biden needs is Milley airing the dirty laundry of his commander-in-chief’s dubious Afghanistan disaster that resulted in the complete takeover by the Taliban.

Provided Milley has any sense of duty left to the nation and like the patriot he so desperately wants to portray himself to be, he would finally speak truth to power.  Milley will have that opportunity when he appears before the Senate Armed Services Committee’s hearing on Afghanistan on Tuesday, Sept. 28.

Milley broke the armed force’s sacrosanct chain of command and by doing so usurped the longstanding civilian command over the military.  Treasonous charges as he failed to uphold his Constitutional oath.  This must be investigated and if substantiated, he needs to be disciplined.

The debasement of our longstanding federal conventions continues as our 233-year-old Constitution is on life support.  In order to be effective democratic institutions must earn and maintain the public’s trust.  Rather, senior leaders have embraced group think and political correctness.  Milley supports the armed forces studying Critical Race Theory proving he is more consumed with wokeism than ensuring our military is adequately equipped, prepared, and trained.

National Review’s Dan McLaughlin tweeted: “To Mark Milley, the General Lee who has been dead for 151 years is a dire threat, but the General Li who commands the world’s largest army on behalf of a murderous tyranny is a chum.”

Milley is doing to the Pentagon what James Comey did for the FBI politicizing and destroying their credibility.

Milley’s promise to warn China makes him an enemy of the United States.  If Marine Lt. Col. Stuart Scheller was relieved of command for demanding senior leadership accountability on Afghanistan, then at the very minimum Milley also should be relieved.

Gross insubordination and incompetence are a toxic brew that makes Milley uniquely positioned to transition as a member of the Biden cabinet.  Perhaps he can even get a line of Chinese fireworks named after him.

The freelancing Milley should be tried under the Uniform Code of Military Justice.

Anything less is window dressing.