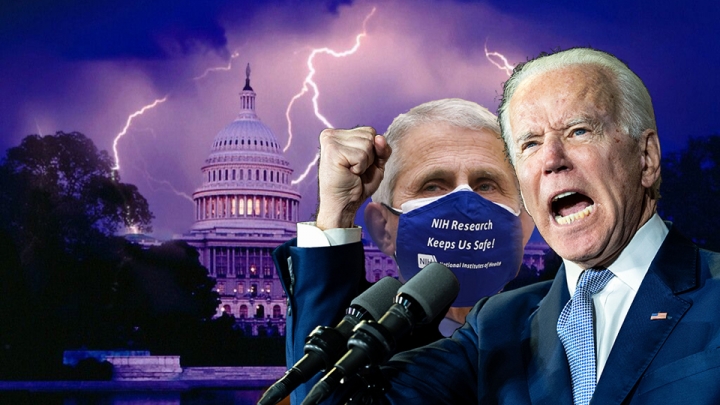 As the summer sunrise gets later and the sunset earlier, the observations from the berm have been multiplying.  Let this edition of Maresca’s two-minute drill catch you up.

While cranking along on two wheels, it has become obvious that if you drive alone wearing a mask, the Biden-Harris bumper sticker is unnecessary.

Going back to school after a summer vacation was never easy, but this year the biggest challenge may be convincing the teachers’ union to return.  In retrospect, closing schools is likelier to stop the spread of the evil twins of socialism and communism than the spread of COVID.

COVID did not disappear after the election, but Hunter Biden’s laptop sure did.

Dr. Fauci said if you wear two swimsuits you may continue to pee in your pool.

The Biden administration wants COVID vaccinations and face masks unless, of course, you crossed the border illegally.  If this president was serious about COVID, he would protect the border.

We need to be liberated from the fear-fueled decision-making that has dominated the pandemic response.

Dr. Fauci said if you wear two swimsuits you may continue to pee in your pool.

If the Jan. 6 Committee is one thing, it is the Democrat Party’s kickoff campaign for the 2022 Midterm elections.  What happened in Washington was NFL in scope: a match-up between the Patriots versus Stealers.  Provided the protestors learned anything – to win the next election – get those mail in ballots ready.

When strategizing for the recent G-7 Summit, each time one of his staff mentioned G-7, President Biden hollered, “Bingo.”

Jeff Bezos paid millions to venture into space, while Joe Biden seemingly resides there. Bezos claims to be retiring from Amazon and will have a golden parachute of a retirement.  Chuck Stroup says Bezos’ retirement package will be delivered slightly damaged and three doors away in an oversized box.

At the border, one Venezuelan claimed his was fleeing socialism for the United States, proving once again there is always someone who never gets the message.

There should be a “Millennial Survivor” show in which contenders are forced to go a weekend without being offended by a statue, a mascot or a syrup bottle.

Have you ever noticed that the two angriest people on TV are named Whoopi and Joy?

There should be a “Millennial Survivor” show in which contenders are forced to go a weekend without being offended by a statue, a mascot or a syrup bottle.

There is no better way to indoctrinate children with LGBTQ ideology, than through Tony the Tiger and other cereal box icons, children’s television shows, and sports teams.

The problem with any Middle East negotiations is that the Israelis want to negotiate under Judaic Law, Muslims under Islamic Law, and the Biden Administration under Murphy’s Law.

How soon before our schools are teaching that the difference between Yams and Sweet Potatoes is systemic racism?

Since Jennifer Lopez and Alex Rodriguez broke up, Lopez is just two rings away from equaling Tom Brady.

Why does the Biden Administration insist that pro-lifers pay for abortions and violate their conscience?

A toxicologist said that George Floyd had enough Fentanyl in his system to kill three grown men, or two Stacey Abrams.

“The Dixie Chicks” dropped Dixie from their name in order not to offend with the reference to the Confederacy and will now be known as “The Chicks” and only offend feminists.

Forty percent of college students do not believe in free speech and the other 60% believe the federal government should pay for it.

More have been arrested in Canada this year for going to a church to pray than for burning one down.

It doesn’t get any more pathetic than that which serves to underscore how as a society we are in desperate need of a vaccination against what Pope St. John Paul II called, The Culture of Death.

[Comment Guidelines - Click to view]
The Remnant values the comments and input of our visitors. It’s no secret, however, that trolls exist, and trolls can do a lot of damage to a brand. Therefore, our comments are heavily monitored 24/7 by Remnant moderators around the country.  They have been instructed to remove demeaning, hostile, needlessly combative, racist, Christophobic comments, and streams not related to the storyline. Multiple comments from one person under a story are also discouraged. Capitalized sentences or comments will be removed (Internet shouting).
The Remnant comments sections are not designed for frequent personal blogging, on-going debates or theological or other disputes between commenters. Please understand that we pay our writers to defend The Remnant’s editorial positions. We thus acknowledge no moral obligation whatsoever to allow anyone and everyone to try to undermine our editorial policy and create a general nuisance on our website.  Therefore, Remnant moderators reserve the right to edit or remove comments, and comments do not necessarily represent the views of The Remnant.
back to top
Last modified on Thursday, August 12, 2021
Tweet

More in this category: « Alberta is DONE with COVID Crocodile Tears and Hand-Wringing: No GPS Coordinates for the Unicorn »