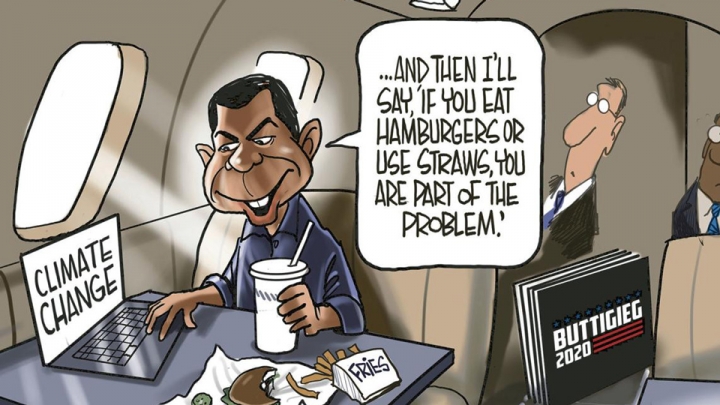 Congressional Democrats approved an expanded version of the Child Tax Credit that was part of the American Rescue Plan and did so without bipartisan support.

On July 15th, the IRS began depositing $300 a month for every child under six and $250 for each child up to 17. This latest round of monthly cash infusion from Washington is for parents making under $75,000 per year, and for those parents filing jointly who earn less than $150,000 per year.  Nearly, 39 million households, covering 88% of American children will receive the monthly outlays, according to USA Today.

Democrats maintain the payments will reduce child poverty, as if the absence of money were the problem.  Democrats have thrown trillions at poverty starting with Lyndon Johnson’s “Great Society,” which is nothing short of Jim Crow 2.0.   and on its fourth generation of undermining the family.  Cash helps but rarely addresses the underlying issues that money cannot solve.

This roguish cycle of government dependence is renewed by each subsequent generation of welfare recipients who teach their children, probably from a multitude of fathers, that they are entitled to the fruits of somebody else’s labor.

This roguish cycle of government dependence is renewed by each subsequent generation of welfare recipients who teach their children, probably from a multitude of fathers, that they are entitled to the fruits of somebody else’s labor.  Every welfare program must be tied to positive behaviors with a time limit on benefits.  It should not be a lifetime annuity.

Replacing the father with government has done tremendous harm to women and children.  Nearly 90% of incarcerated males grew up in fatherless homes.  Contrary to the Left’s ridicule of American patriarchy, the problem is not that we have too much of it but not enough.

This so-called stimulus spending is an investment in buying future votes all in the name of compassion.  Taking from those who work in order to provide for those who don’t to buy their votes is ideological theft.  Democrats have made vote buying an art, while making voting more haphazard by not requiring ID – all to their benefit.

Replacing the father with government has done tremendous harm to women and children.  Nearly 90% of incarcerated males grew up in fatherless homes.

Such shenanigans are an integral part of keeping Democrats permanently in power. Provided Democrats can maintain their slight edge in the House of Representatives and retain Vice President Harris’s tiebreaker vote in the Senate in 2022, these apparatchiks will not only remain in power but solidify it.

If you believe monthly free cash will end poverty, your perception of human nature is wanting.  A prime symptom of leftist derangement syndrome is believing poverty is solely based upon the lack of cash.  Poverty is rooted in a plethora of issues that largesse ignores but certainly reinforces.  Democrats have always been more fixated on symptoms than causes.

This cash infusion will not move the poverty level one percent because tax credits are not factored into the poverty rate.  The same holds true for food stamps, Medicaid, Section 8, and earned income tax credits that total into the hundreds of billions annually – none of it counts.

One of the malevolent attributes of socialism is how it takes advantage of people by claiming to help them.

The Leftist tradition reigns of not holding anyone accountable for their contribution to their circumstances. When bad behavior involves guns, the gun is at fault, not the humans who use them.  When those who created their circumstances fail, it is society’s fault.  This results in a one size fits all bureaucratic government program that only contributes to the nation’s decline.

Ian Smith, the New Jersey gym owner who refused to close his gym during the pandemic, summed it up this way:

“Everything the government is doing right now is designed to make you fat, weak, stupid, depressed, lazy, and reliant on crumbs they wipe off their plates. Health replaced by pharmaceuticals. Education replaced by programming. Hard work replaced by handouts. These people hate you.”

Once acquainted with systematic direct deposits from everyone’s favorite Washington Uncle, less and less people will oppose them.  One of the malevolent attributes of socialism is how it takes advantage of people by claiming to help them.

Democrats have always needed a dependent class to maintain their relevancy and hold on to power.  These longstanding attributes are now devolving into a dependent country.

The Child Tax Credit deposits are to expire at the end of the year, but Biden is hoping to extend them until 2025, the next presidential election.  How is that for political expediency?

Sporting aviator sunglasses, Biden is Santa Claus and every day is Christmas in America.

[Comment Guidelines - Click to view]
The Remnant values the comments and input of our visitors. It’s no secret, however, that trolls exist, and trolls can do a lot of damage to a brand. Therefore, our comments are heavily monitored 24/7 by Remnant moderators around the country.  They have been instructed to remove demeaning, hostile, needlessly combative, racist, Christophobic comments, and streams not related to the storyline. Multiple comments from one person under a story are also discouraged. Capitalized sentences or comments will be removed (Internet shouting).
The Remnant comments sections are not designed for frequent personal blogging, on-going debates or theological or other disputes between commenters. Please understand that we pay our writers to defend The Remnant’s editorial positions. We thus acknowledge no moral obligation whatsoever to allow anyone and everyone to try to undermine our editorial policy and create a general nuisance on our website.  Therefore, Remnant moderators reserve the right to edit or remove comments, and comments do not necessarily represent the views of The Remnant.
back to top
Last modified on Thursday, July 15, 2021
Tweet

More in this category: « NEW FROM RTV: Dr. Rao Takes on the Anti-Catholic Revolution Pope Francis's “Catholic” Guide: The Wide Gates to Nowhere »