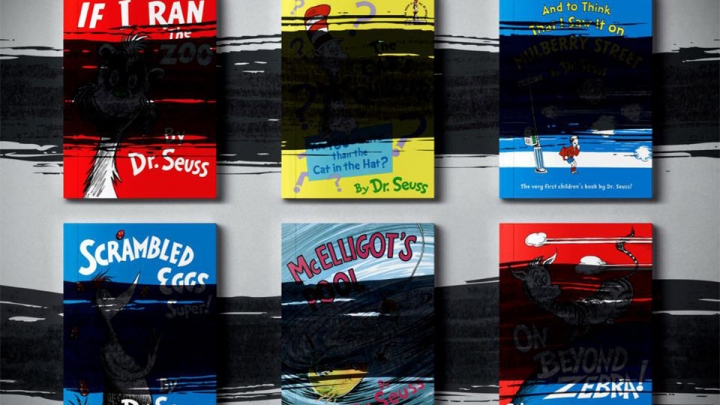 It was not a favorable week for some iconic childhood stalwarts. It began with the castration of Mr. Potato Head who is now just another vegetable with feigned expressions making it the ideal co-host for The View.  No matter how odd life is there are some folks overtly concerned about the gender of a plastic toy potato.

Then the woke mob came for Dr. Seuss, an inside job if there ever was one.  The foundation tasked with preserving his own legacy was the entity which branded this famed author of classic children’s literature as a racist.  They did so on the Read Across America Day that recognizes children’s literacy and also happens to be the anniversary of the author’s birth.

No doubt removal of those titles will have a substantive impact on our societal prejudices.

The foundation quashed publication of six of Dr. Seuss’s books that “portray people (blacks and Asians) in ways that are hurtful and wrong.” No doubt removal of those titles will have a substantive impact on our societal prejudices.  Apparently, the foundation is oblivious to the violent video games children have glued to their hands and with rap music and its racist, sexist, and drug glorifying lyrics.

Once upon a time in America, the U.S. Senate unanimously approved several resolutions praising Dr. Seuss. In 2015, First Lady Michelle Obama welcomed the Cat in the Hat to the White House.  That same year, President Obama told interns that “Pretty much all the stuff you need to know is in Dr. Seuss.”

Two years later the National Education Association (NEA) would reduce its emphasis on Dr. Seuss to encourage diversity.  The NEA recommended replacing Dr. Seuss with “Julián is a Mermaid,” about a boy who wants to be a mermaid, and “The Prince and the Dressmaker,” about a cross-dressing prince.

A political cartoonist during World War II, Dr. Seuss was a frequent critic of racism, and anti-Semitism; strong convictions that were lacking in his time.

While Amazon banished the six Seuss titles in question, the public responded by moving Dr. Seuss’ other works into eight of the top 10 on Amazon’s best-sellers list.

While Amazon banished the six Seuss titles in question, the public responded by moving Dr. Seuss’ other works into eight of the top 10 on Amazon’s best-sellers list.  Internet behemoth, eBay also put the kibosh on Dr. Seuss, but still makes available for purchase Hitler’s “Mein Kampf” and Chairman Mao’s “Little Red Book,” not to mention a plethora of pornography.

Is Curious George, Winnie the Pooh and Charlie Brown next in the cancel crosshairs?  To say nothing of the Weebles, who reinforce obesity, as they wobble but never fall down.

Not allowing a crisis to waste away, New York Times columnist Charles Blow chimed in saying the cartoon Pepé Le Pew perpetuates “rape culture” and Speedy Gonzalez does the same with “corrosive stereotypes.” No word on what Blow thought about Popeye whose legacy is that men are strong and there are some women who actually welcome a strong and humble man.

Being offended everywhere you look is vanity disguised as virtue.

Being offended everywhere you look is vanity disguised as virtue.  What the woke crowd understands is how most will concede in the name of expediency.  Make no mistake, these tactics are not uncalculated.   Marxists exploit our freedoms to divide and seek to usurp the American ethos without firing a shot.  The real question is whether Americans truly comprehend the threat and possess the will to push back.

The easiest way to make your bones as a leftist is to attack the accomplished work from eighty years ago of a dead white male. Dr. Seuss’ whimsical imagery stands as a testament to morality, while his portrayals of blacks and Asians were acts of inclusion in an era when there was little.

Tyrants understand the education of children is the key to obtaining and maintaining power.  Marx, Hitler and Stalin all knew that indoctrinating children was their avenue to domination and that is why Marx included public education as the final plank of his Communist Manifesto.

With apologies to Dr. Seuss and compliments of a Wall Street Journal blog:

The Left is acting like a vulture.
When they impose their cancel culture.
If they don't like your point of view,
You’re fired. You’re banned. Shame on you.
So now, in the manner of an empty-headed goose.
They have successfully canceled Dr. Seuss.
I won’t stop reading Green Eggs and Ham.
I am pro First Amendment, oh yes, I am.

[Comment Guidelines - Click to view]
The Remnant values the comments and input of our visitors. It’s no secret, however, that trolls exist, and trolls can do a lot of damage to a brand. Therefore, our comments are heavily monitored 24/7 by Remnant moderators around the country.  They have been instructed to remove demeaning, hostile, needlessly combative, racist, Christophobic comments, and streams not related to the storyline. Multiple comments from one person under a story are also discouraged. Capitalized sentences or comments will be removed (Internet shouting).
The Remnant comments sections are not designed for frequent personal blogging, on-going debates or theological or other disputes between commenters. Please understand that we pay our writers to defend The Remnant’s editorial positions. We thus acknowledge no moral obligation whatsoever to allow anyone and everyone to try to undermine our editorial policy and create a general nuisance on our website.  Therefore, Remnant moderators reserve the right to edit or remove comments, and comments do not necessarily represent the views of The Remnant.
back to top
Last modified on Thursday, March 18, 2021
Tweet