Indoctrinated to be Inoculated 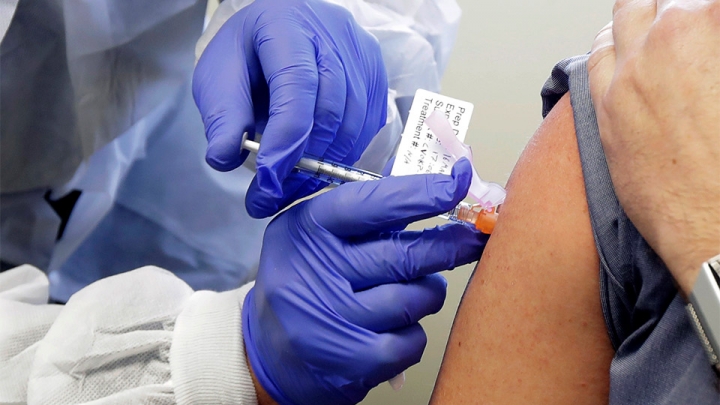 Most COVID-19 cases have had mild symptoms and despite an average mortality rate north of 75 years and a 99.6% survival level, vaccination is a must.  The virus’ ability to infect political tyrants more concerned with their “great reset” than Constitutional rights continues to metastasize.

The hype and fear campaign continues unabated despite a thousand-fold risk difference between young and old.  To “flatten the curve,” lockdowns, masks and social distancing went vogue and those who stray are shamed and ridiculed.

None of this is a panacea.

Neither is a vaccine.

A Gallup poll says 40% are unwilling to vaccinate and unlikely to change their minds. A Kaiser Family Foundation report said nearly one-third of hospital staff “would not get vaccinated.” Over half of the members of New York’s Uniformed Firefighters Association would also refuse.

The reasons are legion with unknown side effects, genome manipulation, and high-tech chip branding leading the charge. The British government warned pregnant women not to vaccinate because there is “no or limited data on the effects to the child and to fertility.”  The CDC agrees, “… only limited data are available on the safety of COVID-19 vaccines administered during pregnancy.”  Are long-term infertility issues in a Western world with already declining birthrates just another function of the great reset?

Even smokers still have the right to smoke despite the known dangers. What is the real motivation for attempting to vaccinate millions of healthy people?

Other reports say the Moderna and Pfizer vaccines could cause blood clots, brain inflammation and heart attacks and its effects on compromised immune systems remain suspect.  Despite a plethora of concerns, the vaccine received “emergency authorization” from the U.S. Food and Drug Administration.

Even smokers still have the right to smoke despite the known dangers. What is the real motivation for attempting to vaccinate millions of healthy people?

No need to fear because the vaccine success rate increased from 80% to 95% after the numbers were run by Dominion and any chip implant will be a Spicy Nacho Dorito.

Sarcasm aside, concerns about the vaccine’s safety and ethics are understandable considering its unprecedented development and distribution that normally would take years. Were cells from aborted babies used in its development and what procedures were circumvented to get it to the market so quickly?

No need to fear because the vaccine success rate increased from 80% to 95% after the numbers were run by Dominion and any chip implant will be a Spicy Nacho Dorito.

The practice of medicine has been lobbied with Uncle Sam governing nearly two-thirds of healthcare.  It is evident that since COVID began, a simple, cost-effective solution would never be allowed.  When science is politicized, we all lose as the medical malpractice of the pandemic will continue, especially when the only medical opinion permitted is Uncle Sam’s.

The Great Barrington Declaration, that can be found online, has been signed by over 55,000 medical and public health scientists.  They have affirmed that due to the relatively mild hazard of COVID-19 to the vast majority, “those who are at minimal risk” should be permitted “to live their lives normally [and] build up (herd) immunity to the virus.”

Research Dr. Michael Yeadon with over 30 years with Pfizer said in LifeSite news: “There is absolutely no need for vaccines to extinguish the pandemic. You do not vaccinate people who aren’t at risk. You also don’t set about planning to vaccinate millions of fit and healthy people with a vaccine that hasn’t been extensively tested on human subjects.”

Yeadon underscored 30 to 40% had T-cell immunity prior to the virus, and with nearly 30% having already been infected means we have reached the 65 to 72% level of herd immunity and that “the pandemic is effectively over.”

Dr. Joseph Meaney, president of the National Catholic Bioethics Center said since long-term effects remain unknown due to the lack of extended testing, coercion to vaccinate is “ethically unacceptable.”

The resolve that vaccination is somehow a social responsibility is not a self-evident truth.  No matter how noble, it is limited.  As immunity builds, the risk of infection drops.  Herd immunity certainly fits as we stampede into hysteria too easily. The ends do not justify immoral or unethical means.

A dishonest press and rampant censorship by social media regarding the inexpensive, safe and effective therapies like ivermectin, colchicine, fluvoxamine and hydroxychloroquine could have prevented many from dying.

The cure should never be more invasive than the disease.

When a vaccine to protect us from Leftism is developed, I will consider.

[Comment Guidelines - Click to view]
The Remnant values the comments and input of our visitors. It’s no secret, however, that trolls exist, and trolls can do a lot of damage to a brand. Therefore, our comments are heavily monitored 24/7 by Remnant moderators around the country.  They have been instructed to remove demeaning, hostile, needlessly combative, racist, Christophobic comments, and streams not related to the storyline. Multiple comments from one person under a story are also discouraged. Capitalized sentences or comments will be removed (Internet shouting).
The Remnant comments sections are not designed for frequent personal blogging, on-going debates or theological or other disputes between commenters. Please understand that we pay our writers to defend The Remnant’s editorial positions. We thus acknowledge no moral obligation whatsoever to allow anyone and everyone to try to undermine our editorial policy and create a general nuisance on our website.  Therefore, Remnant moderators reserve the right to edit or remove comments, and comments do not necessarily represent the views of The Remnant.
back to top
Last modified on Saturday, February 27, 2021
Tweet