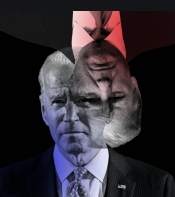 From 1980 through 2016, 19 of the nation’s more than 3,000 counties voted for the presidential winner in every election.  In 2020, only one of them backed Joe Biden.  Is this a statistical anomaly, or is something seriously amiss?

Americans are entitled to an honest election and President Trump has every right to challenge its results given the debasing treatment he has received over the past four years.  Trump’s campaign has filed multiple legal challenges regarding ballot-counting fraud in several swing states, including Pennsylvania.

The COVID-19 hysteria played into Democrat’s hands (after all, it was President Obama’s former White House Chief of Staff, Rahm Emanuel, who said: “You never want a serious crisis to go to waste.”  COVID provided them the justification to push for early voting, and voting past Election Day, while mailing out millions of unsolicited ballots with time extensions – all for our “safety.”

Pennsylvania’s Democrat Gov. Tom Wolf extended mail-in voting up to 50 days before the election, and three days after even without a valid postmark. This led to a legal fight that went all the way to the Supreme Court, which allowed the extension.

Trump’s 500,000 vote lead late on Election Day slowly disappeared once the mail-in ballots rolled in.  Such ballots are historically wrought with problems, whereas in person votes are most reliable.

The Epoch Times reported that 20,000 ballots in Pennsylvania had achieved time travel. They arrived before they were sent and that the deceased had actively voted in all swing states.   When dead folks vote, their preference is by mail.  A review of mail-in ballots discovered that even Ben Franklin voted a half dozen times in Philadelphia.  Did Democrats, knowing the deficit on election night, find the key number of ballots for Biden to win the Keystone State?

Ballots in Georgia are being recounted by hand, but it is unlikely to swing the state for Trump.  Moreover, Biden would still maintain the required 270 Electoral College votes, unless his larger margins in Pennsylvania or other states were overturned.

The 2020 election shed a spotlight upon voter fraud that is certainly nothing new from sea to shining sea.  However, was there enough to erase the margin of victory?

To expose voter chicanery is not difficult, as we are witnessing, but to prove it was enough to influence the final result is a herculean task on a very tight deadline. With not a single House or Senate Democrat speaking out, how can things bode well for the Republic?

There is nothing wrong with requiring all able-bodied voters to show up at the polls on Election Day with identification in hand to cast a ballot.

A presidential election is never finalized until the Electoral College convenes on December 14 and it is highly unlikely that sufficient vote tallies will be overturned to earn Trump a second term, unless Congress and the Supreme Court have a say, which could occur.

Media outlets were negligent in calling such a tight election pending the outcome of numerous investigations, and legal challenges.  The media does not certify elections.  If they did, Al Gore would have been the 43rd President.

Understandably, Trump is holding off conceding until the results are certified and remains president until his term expires at noon on Jan. 20, 2021.

The hypocrisy of the left is breathtaking. To claim that Trump should concede because Biden is the legitimate choice after what they did to Trump for four years, including impeachment, is incredulous.

How are 74 million Americans so delusional?

You can be sure that if it was Biden challenging the results, urban America would be rioting.  There was no way the Democrats were going to lose this election and would blame any civil unrest on Trump.

The elections of 1800, 1824, 1876, and 2000 have demonstrated how the American Republic will survive, provided we allow the constitutional processes to find its way.

Until these fraud allegations are resolved, concession is a moot point.

Provided people believe the election was stolen, Biden’s banal plea for “healing” is nothing more than empty rhetoric.

[Comment Guidelines - Click to view]
The Remnant values the comments and input of our visitors. It’s no secret, however, that trolls exist, and trolls can do a lot of damage to a brand. Therefore, our comments are heavily monitored 24/7 by Remnant moderators around the country.  They have been instructed to remove demeaning, hostile, needlessly combative, racist, Christophobic comments, and streams not related to the storyline. Multiple comments from one person under a story are also discouraged. Capitalized sentences or comments will be removed (Internet shouting).
The Remnant comments sections are not designed for frequent personal blogging, on-going debates or theological or other disputes between commenters. Please understand that we pay our writers to defend The Remnant’s editorial positions. We thus acknowledge no moral obligation whatsoever to allow anyone and everyone to try to undermine our editorial policy and create a general nuisance on our website.  Therefore, Remnant moderators reserve the right to edit or remove comments, and comments do not necessarily represent the views of The Remnant.
back to top
Last modified on Friday, November 20, 2020
Tweet

More in this category: « The Latin Mass as the Antithesis of Gender-bending Ideology The McCarrick Report: Archbishop Viganò Reads Between the Lines »