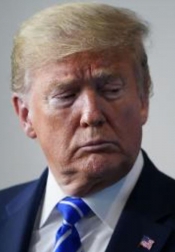 It should have been relatively easy to vote President Trump out of office. His supporters (and honest detractors) know he has had many tremendous successes during his first term, yet he has been relentlessly opposed by those who never accepted his undeniably legitimate victory over Hillary Clinton. Against this backdrop of continuous struggle, the Democrats and their allies in the media could have fielded a candidate who would have had captured virtually all of Clinton’s 2016 voters, a significant portion of Trump’s 2016 voters, and many new voters who simply wanted a return to “normalcy.” Imagine, for instance, a Democratic candidate who was reasonably likable, intelligent, experienced and free from scandals. Such a candidate would have been the presumptive favorite in an election that was simply a referendum on Donald Trump.

What happened instead? The Democrats nominated a candidate who every rational voter knows would not serve longer than necessary to transition power to his vice president. So, despite dedicating the past four years to handcuffing and hounding President Trump based on the fable that he somehow undermined the 2016 election integrity by encouraging others to expose the real misdeeds of his opponents, the Democrats’ most fundamental decision of the election cycle was to undermine the very concept of a fair election by asking us to vote for a pretend candidate. They spent four years looking for a mote in President Trump’s eye and then voluntarily stuck beams in their own eyes.

And what a striking pretend candidate they chose! All sentient voters know his obvious shortcomings, but Catholics have good reason to focus on the mismatch between his professed religion and his words and actions. There is no crime in not being Catholic. But it is stunning for a professed Catholic to take public positions that are so fundamentally opposed to Catholicism. If such a man gratuitously betrays the faith that should be the most important part of his life, what will he not betray? Who would be fool enough to trust him?

Democrats thus faced an uphill battle with their nominee. So what did they do? They made the 2020 election into a referendum on America by, among other things:

How did that work out? We learned how much the Democrats hate America. More importantly we all saw how much Donald Trump loves America. That is his great crime. And despite the egregiously false polling designed to suppress Republican voter turnout, Americans turned out in record numbers to give President Trump a second term as president of the United States of America.

Whereas the Democrats’ “insurance plan” for the unlikely Trump victory in 2016 was the Russia Hoax, the “insurance plan” for this election appears to have been an extensive voter fraud operation comprised of media, pollsters, poll workers and vote counters. In the wake of the ostensible success of the voter fraud operation, liberal pundits have scrambled to point out that Biden was simply engaging in a Biden-gaffe when he recently said his team had put together “the most extensive and inclusive voter fraud organization” in history. Of course that is possible, but the mainstream media has apparently not yet discovered that no serious person will trust them again after this election. In any case, God allowed Biden to momentarily speak truth, just as the devils themselves are sometimes compelled to tell the truth against their nefarious interests. We should not hold our breaths waiting for Biden (or the media) to do that again.

So where are we now? The current situation brings to mind the words of Jesus Christ about the homeowner and the thief:

“But this know ye, if the goodman of the house knew at what hour the thief would come, he would certainly watch, and not suffer his house to be broken open.” (Matthew 24.43)

We knew the hour and were not as watchful as we ought to have been. We know this because the thief has broken into the house — we are indeed watching the thief attempt to steal the election from the American people. But the thief has not yet subdued us. If Jesus spoke about the common sense of preventing the house from being broken into, how much more would He counsel us to to resist the thief once we realize he wishes to destroy the home and the family? Do we realize that once this is stolen we will be in the hands of those who are stealing it? Do we expect that they would show any restraint as they prevent us from ever again opposing them?

God tells us to judge a tree by its fruits. We all know the story of Eve’s encounter with the serpent. God had commanded Adam and Eve not to eat from the tree. She was deceived by the serpent and took the fruit, thereby setting in motion the fall of mankind that leads us to this fateful moment. In hindsight, we should now realize that we, as a nation, should have done more to prevent the election from being close enough for Biden’s handlers to steal it by fraud. But God has been merciful to us and is, at this moment, allowing us to see more clearly how deadly a Biden presidency would be to America. It is as if God had caused the tree to sprout thorns and emit a nauseating odor as Eve approached. Surely Eve would have turned away.

What will we do? Will we follow the cacophonous demands of those who have been showing us by their words and deeds that they want to destroy America? If we do that, will we tell ourselves we are being “good Americans” in allowing our enemies to manipulate the laws to destroy America? Or will we turn to God?

We need to pray and be ready to accept God’s grace to act according to His will. If more people do not get on their knees now to petition God to save our country, we will all be on our knees when Biden hands America over to our enemies. We are told to render unto Caesar what is Caesar’s but if we allow them to steal this election we will be rendering to the enemy of mankind what is God’s. We cannot do that, and people of good will in this country will not do that.

[Comment Guidelines - Click to view]
The Remnant values the comments and input of our visitors. It’s no secret, however, that trolls exist, and trolls can do a lot of damage to a brand. Therefore, our comments are heavily monitored 24/7 by Remnant moderators around the country.  They have been instructed to remove demeaning, hostile, needlessly combative, racist, Christophobic comments, and streams not related to the storyline. Multiple comments from one person under a story are also discouraged. Capitalized sentences or comments will be removed (Internet shouting).
The Remnant comments sections are not designed for frequent personal blogging, on-going debates or theological or other disputes between commenters. Please understand that we pay our writers to defend The Remnant’s editorial positions. We thus acknowledge no moral obligation whatsoever to allow anyone and everyone to try to undermine our editorial policy and create a general nuisance on our website.  Therefore, Remnant moderators reserve the right to edit or remove comments, and comments do not necessarily represent the views of The Remnant.
back to top
Last modified on Friday, November 6, 2020
Tweet