The Road to Sodom: Open Letter to Bishop of Tokyo 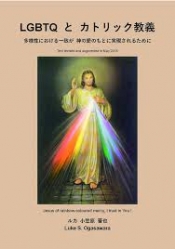 As a Catholic layman worried about the infiltration of LGBT ideology into the Catholic Church, I am writing to Your Excellency about LGBT activities in the Archdiocese of Tokyo. This public letter is an unfortunate acknowledgement that LGBT infiltration in the Archdiocese of Tokyo continues despite Your Excellency’s knowledge of the severity of the situation.

Since August of 2016, there have been announcements in the Archdiocese of Tokyo bulletin about Masses and gatherings by LGBTCJ, a Japanese Catholic LGBT group in Tokyo. This group is led by one Dr. Ogasawara, a psychiatrist and an LGBT “ally” who, writing at the LGBTCJ blog, openly supports same-sex marriage and gender reassignment surgery. Bishop Emeritus Peter Okada Takeo and Your Excellency have both been tolerant toward the activities of this LGBT group claiming to comprise Japanese Catholics. It is very deplorable there are not only some Jesuit priests, but also some diocesan priests and a bishop who have also supported this group.

In 2017, I wrote a letter to then-Archbishop Okada alerting him to the activities of this group, but there was no reply. So, I went to the Cathedral on one occasion and talked with then-Archbishop Okada in person. But he did not care about the problem at all. I was so disappointed and I did not do anything further at that time. 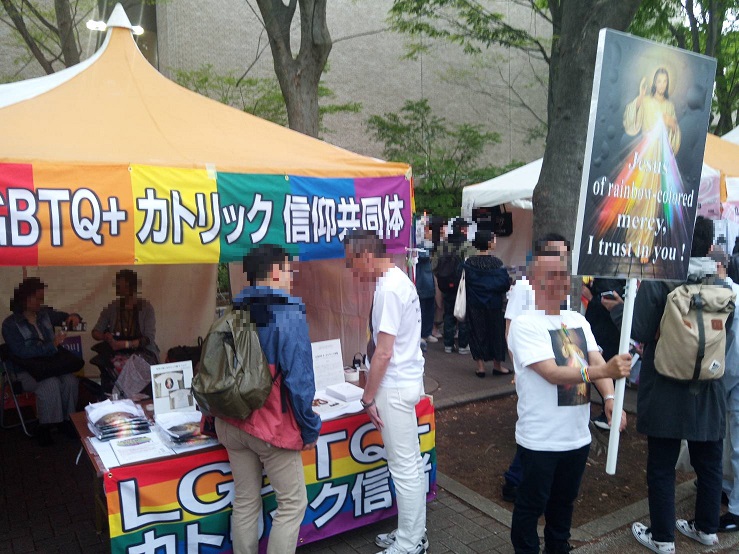 In 2018, I wrote Your Excellency once on a different matter, but I did not receive any reply so I was hesitant to write Your Excellency again. However, last year I emailed Your Excellency about the LGBTCJ group and also about a certain Pastor Taira, an openly gay Protestant and a member of the HIV/AIDS Desk, a section within the Catholic Bishops’ Conference of Japan (CBCJ) which you are in charge of. I pointed out that Pastor Taira justified homosexuality within the Catholic Church, such as at a meeting titled “What is good about being a gay Christian” sponsored by the Japan Catholic Council for Justice & Peace in 2018. The HIV/AIDS Desk itself also supports LGBT ideology by joining LGBT-friendly events.

Your Excellency replied to my email and wrote that you were against same-sex marriage, but I felt that Your Excellency showed insincerity by asking me if the pro-LGBT groups and individuals in question really supported same-sex relationships, even though it is clear from their own pronouncements that they do. Eventually, after exchanging a few more e-mails Your Excellency cut off communication with me and told me not to write to you anymore.

However, as Your Excellency is no doubt aware, gender ideology and pro-homosexual activities lead many Catholics to doubt their Faith or, worse, into grave sin. I could not and cannot be silent. In order to grasp LGBTCJ’s real nature, I myself went to Yoyogi Park in downtown Tokyo where the Tokyo Pride Parade is held every year. I found a booth there, at the Tokyo Pride Parade, run by the LGBTCJ group. At the booth I directly asked the LGBTCJ representative, Dr. Ogasawara, about his “Catholic” faith.

According to Dr. Ogasawara, he is already saved and therefore in Heaven by his faith. However, his Heaven is in this world, because he denies the Church’s teaching on the world after death—he emphasized in our conversation that Catholicism is the same as so-called “funeral Buddhism,” an expression used in Japan meaning that Buddhism is only practiced for funerals and memorial services but that many people do not take the teachings of Buddhism seriously. This so-called “Catholic” has the same view of Catholicism, by his own admission. It would be one thing if this individual were speaking on his own behalf, but he and his group enjoy the tacit endorsement of the Archdiocese of Tokyo. 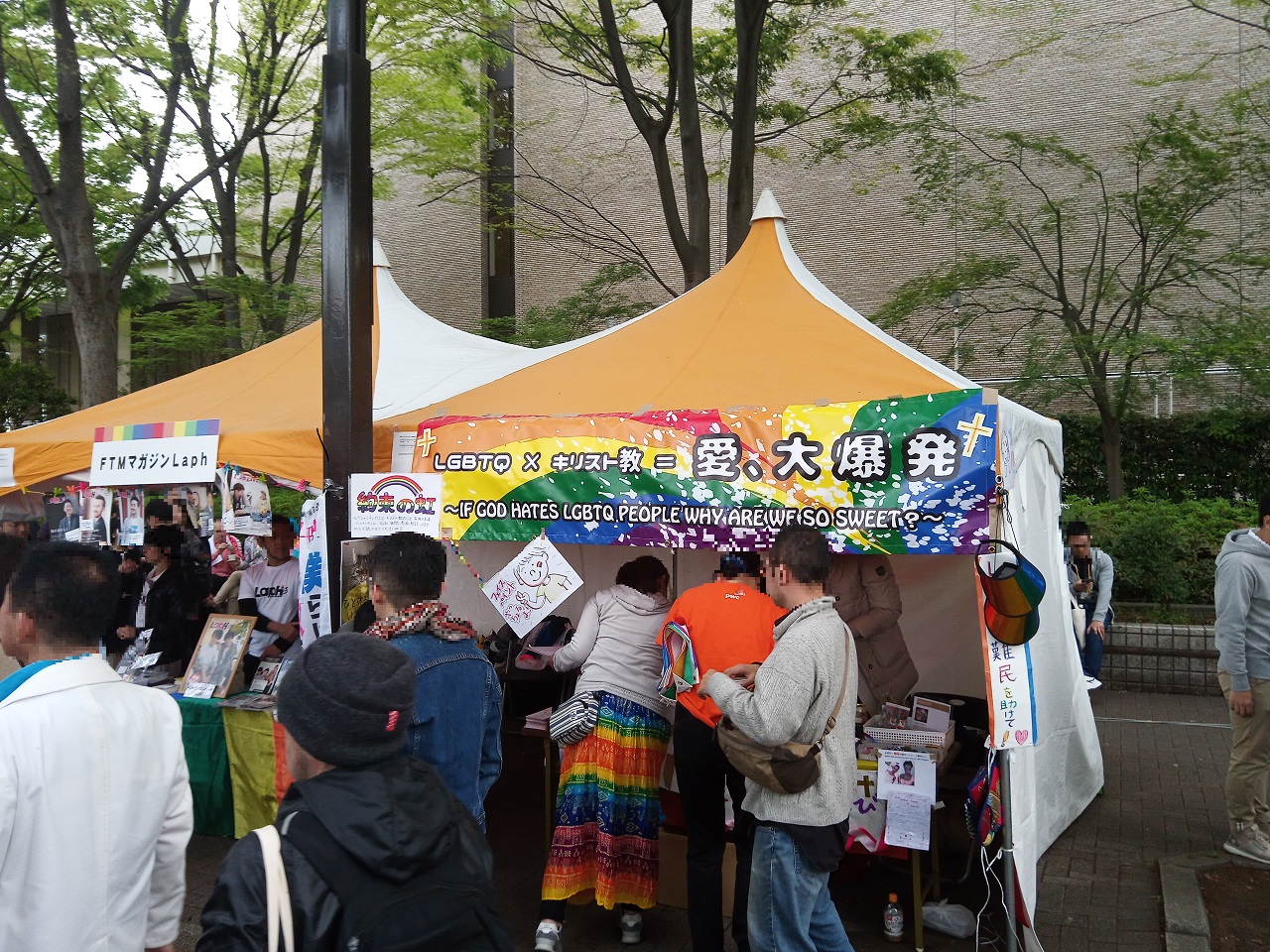 I also asked Dr. Ogasawara about how he understood the Church’s teaching on sexual acts between same-sex partners, and he answered that the Church’s teaching is old. Moreover, he denied the existence of Hell and of demons, which are as essential to the teaching of the Church as is the existence of Heaven and angels. I got the impression that Dr. Ogasawara wants to change the Catholic Church to conform with what he thinks and wants, and that he does not hold what the Church teaches to be true. For him, LGBT people are nothing more than tools to achieve his purpose, which is to use the Church to legitimize, in his own mind, his sinful behavior.

Dr. Ogasawara also told me that he has met Your Excellency several times and that you have a rather good relationship. On hearing this, I wondered why Your Excellency seemed not to know very much about LGBTCJ. I even grew concerned that Your Excellency might agree with Dr. Ogasawara. If Your Excellency believes, as you stated to me, that homosexual behavior is sinful, then why does Your Excellency not intervene to stop the invitations to grave sin which appear in every issue of the Archdiocese of Tokyo bulletin, a publication issued by your authority and under your name?

At the same Yoyogi Pride event I found a booth run by another LGBT Catholic group, one which I first learned of that day. I talked with a woman in that booth and she told me that Archbishop Kikuchi approved (her activity). This only added to my doubts about your position and activities.

Your Excellency has recently taken the time to discourage Catholics in Tokyo from attending the SSPX Latin Masses by issuing a proclamation stating that SSPX is not connected with the Archdiocese of Tokyo. And yet, neither you nor your predecessor have ever told Japanese Catholics to avoid LGBTCJ, which continues to spread their agenda as before—with the help of the Archdiocese of Tokyo. Which does Your Excellency hold to be the greater danger: Latin Masses, or LGBT ideology?

I wonder that you are so soon removed from him that called you into the grace of Christ, unto another gospel. Which is not another, only there are some that trouble you, and would pervert the gospel of Christ. But though we, or an angel from heaven, preach a gospel to you besides that which we have preached to you, let him be anathema. As we said before, so now I say again: If any one preach to you a gospel, besides that which you have received, let him be anathema.  For do I now persuade men, or God? Or do I seek to please men? If I yet pleased men, I should not be the servant of Christ.” (Galatians:1 6-10)

I think Your Excellency’s motto, “Unity in Diversity,” is a bold statement, but “unity” should not mean that any and every idea, even ideas contrary to the Church, should be tolerated. As the leader of the Archdiocese of Tokyo, I strongly hope that Your Excellency, by encouraging us to persevere in our Faith until the end, will lead all of us to Heaven, not to Hell.

Our Lady of Fatima, Pray for us!

Respectfully yours in Christ,

[Comment Guidelines - Click to view]
The Remnant values the comments and input of our visitors. It’s no secret, however, that trolls exist, and trolls can do a lot of damage to a brand. Therefore, our comments are heavily monitored 24/7 by Remnant moderators around the country.  They have been instructed to remove demeaning, hostile, needlessly combative, racist, Christophobic comments, and streams not related to the storyline. Multiple comments from one person under a story are also discouraged. Capitalized sentences or comments will be removed (Internet shouting).
The Remnant comments sections are not designed for frequent personal blogging, on-going debates or theological or other disputes between commenters. Please understand that we pay our writers to defend The Remnant’s editorial positions. We thus acknowledge no moral obligation whatsoever to allow anyone and everyone to try to undermine our editorial policy and create a general nuisance on our website.  Therefore, Remnant moderators reserve the right to edit or remove comments, and comments do not necessarily represent the views of The Remnant.
back to top
Last modified on Thursday, October 29, 2020
Tweet