Atheist Scalfari So Untrustworthy, Francis Grants Him Another Interview

In several previous interviews with Francis, atheist journalist, Eugenio Scalfari, reported that the Pontiff told him proselytism is solemn nonsense, truth is relative, Jesus was not God at all, and Hell doesn’t exist. The Vatican occasionally had to make statements following these whoppers indicating that Scalfari’s account of these interviews are unreliable. So, of course, what does Francis do? Grants Scalfari another interview.

This time there were not as many heresies, blasphemies, and apostasies. However, there were still inanities and absurdities as any interview with Francis will inevitably contain. The far left, Jesuit, (but I repeat myself) magazine “America” reported the story on August 2. Apparently, the old doddering man who questions God and Scalfari partook in an hour long conversation about the environment. I’m fairly certain that Francis previously took a strong moral stand against torture. However it is not at all apparent how this position is consistent with a 97 year old having to listen to Francis talk for an hour.

Fortunately Scalfari doesn’t take notes or make recordings, so we don’t have to read or listen to them. Instead we can only discuss Scalfari’s synopsis which may have actually taken place or may have taken place in one of the dream like trances he drifted off to while having to converse with the Jesuit pope for an hour. We will never know for certain as Francis never comments or clarifies any of the interviews himself. The only way we will ever see Francis immediately correct a Scalfari interview is if Scalfari reported that Francis told him he likes Trump and wants to MAGA.

In this gem of an interview, the two best friends discussed “the grave ecological crisis facing humanity.” The first sign an interview is going to go nowhere is when the topic being discussed doesn’t exist. For there is no more an ecological crisis in 2020 than there has been in any other time on earth. However, as far as the left and the Neo-Catholics are concerned, they could have substituted any word followed by the word “crisis” and the interview would be taken seriously.

For instance, Scalfari and Francis could have sat down to talk about the “economic crisis, the “political crisis,” the “corporate crisis,” the “sociological crisis,” the “population crisis,” or the “northern Apennines marmot crisis,” and the leftist / Neo-Catholic media would have suddenly believed that such a crisis not only exists, but is of the utmost importance. Why? Because the pope chose to discuss it with a 97 year old atheist. Ironically, the only “crisis” the left and Neo-Catholics refuse to discuss is the actual crisis in the Church which has been going on now for 55 years and counting.

Interestingly, the two met at Santa Marta, the Vatican guesthouse where Francis lives. In spite of the Vatican recently publishing an entire book of Francis’ “lockdown” homilies regarding the Coronavirus, Scalfari said of Francis, “We are truly friends,” and reported that “we could not but embrace physically and mentally.” Thus, Francis was fine when it came to shutting down Masses worldwide, depriving Catholics of the sacraments, and in many cases restricting funeral sizes over Covid-19.

However, the 83 year old author of the “lockdown” homilies, who has only one lung, has no problem inviting a 97 year old atheist into his home and physically embracing him. If no liberals or Neo-Catholics are enraged at Francis’ theology, perhaps the Karens among them will be sufficiently enraged at this flagrant lack of social distancing to try to force him to abdicate for that reason alone.

In any case, my favorite part of the interview was when Scalfari and Francis discussed Vatican II. “This time, [Scalfari] said, they spoke first about modern society, which began with the period of the Enlightenment, and how the church has to come to terms with the changes in society, as the Second Vatican Council (1962-65) made clear. He said Francis told him that the church has not yet fully implemented that council, and saw his own task as continuing that work.”

For those of you who are counting, that means that Vatican II has still not been “fully implemented” a full 55 years after it was signed. As a reminder, of precisely how long that has been, here are some events that happened in 1965: 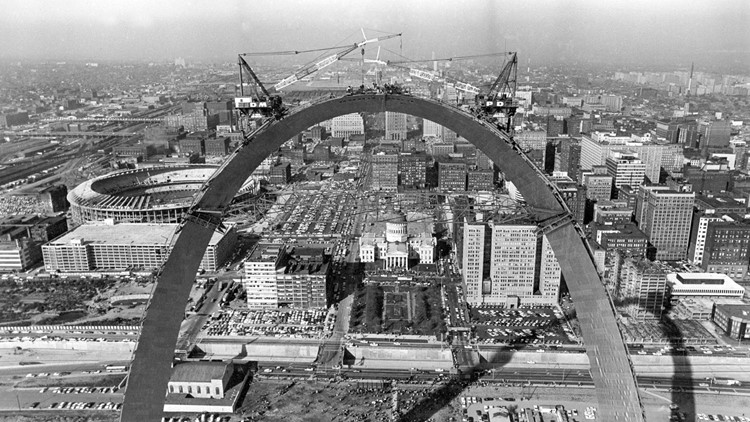 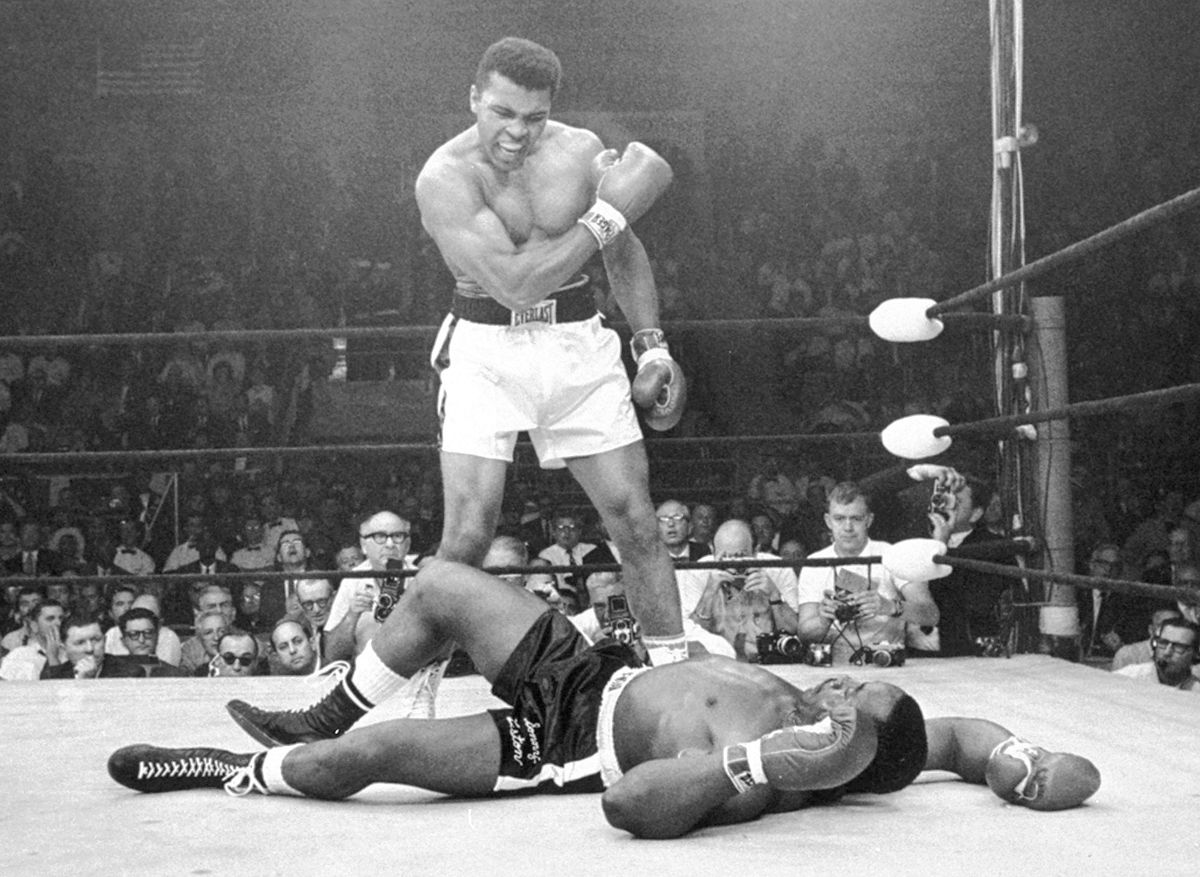 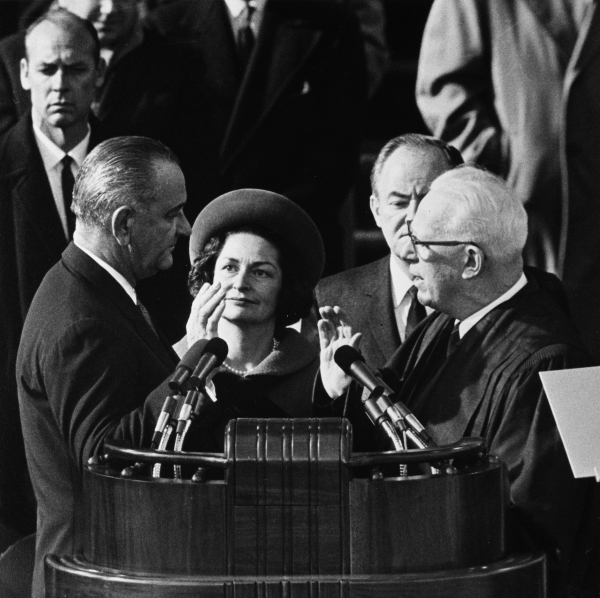 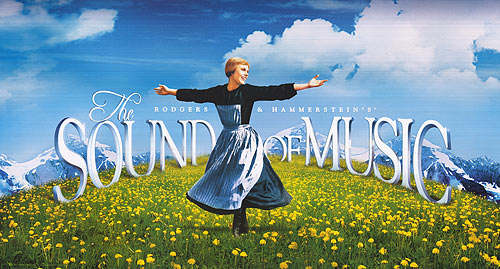 Inspired by this last historical event, I wonder what Francis believes are the highlights of at least the incomplete implementation of the Council over the last 55 years?

Any religion a means to salvation
Religious freedom, an agnostic nation
Indifference and apathy formed a new Spring!
These are a few of my favorite things

Marriages few while annulments are soaring
Got rid of Latin, I thought it was boring
The words “empty Hell” have a merciful ring
These are a few of my favorite things

When the Trads snipe,
When Carlo writes,
When I’m feeling sad,
I simply remember my favorite things,
And then I don’t feel so bad.

In any case, if you thought Scalfari and Francis discussing an ecological crisis was inane, you will not be prepared for what comes next. As the Church leaks members like a sieve and the world slouches towards global Marxism, Francis and his 97 year old atheist chum pondered, yes, you guessed it, “the ageing of the sun.” No, I’m not making this up.

Apparently the article says this is something discovered by scientists. Is this not very old news? I can remember reading about the cycles of stars (red giant, white dwarf, etc.) in elementary school. I re-read the article to make sure Scalfari did not say aging “from” the sun” which would most likely lead to a global sunscreen co-initiative between the Vatican and Coppertone. But alas, no. The Pope is actually spending time discussing star cycles with a 97 year old atheist, yet he has no time to answer Vigano. Makes sense.

Scalfari said that Francis told him, “let us remember the places that are full of bio-diversity—the Amazon and Congo basin rainforests with their great aquifers, and the great importance of these for the entire planet and for the future of humanity.” Yes, if you are taking notes, please add the “aquifer crisis” to the list of things to be extremely concerned about, according to the current pontiff.

In conclusion, Scalfari, “[R]ecalled that the pope spoke of how the oceans and rivers are changing, and said ‘the technicians [scientists] are concerned about them, but politics [the political world] is focused on other problems.’ He quoted Francis as saying that ‘all the Christian communities have an important role to play in educating people about this.’”

So your Pope, the Vicar of Christ on Earth and successor to Peter wants you to know, dear Christian, that...”oceans and rivers are changing.” Of course oceans and rivers have changed since the beginning of time, are still changing, and will forever change, but I suppose that is neither here nor there. I suppose that when one ignores every existing true crisis around oneself, one can go about making up crises based on middle school science.

In fairness, I suppose maybe the “lockdown” has gotten to Francis and Scalfari and not being tech savvy and also locked in their left wing information bubble they believe they have time to worry about fictional crises. It sure beats trying to find solutions to the real ones as Francis has shown no inclination to even make an attempt.

[Comment Guidelines - Click to view]
The Remnant values the comments and input of our visitors. It’s no secret, however, that trolls exist, and trolls can do a lot of damage to a brand. Therefore, our comments are heavily monitored 24/7 by Remnant moderators around the country.  They have been instructed to remove demeaning, hostile, needlessly combative, racist, Christophobic comments, and streams not related to the storyline. Multiple comments from one person under a story are also discouraged. Capitalized sentences or comments will be removed (Internet shouting).
The Remnant comments sections are not designed for frequent personal blogging, on-going debates or theological or other disputes between commenters. Please understand that we pay our writers to defend The Remnant’s editorial positions. We thus acknowledge no moral obligation whatsoever to allow anyone and everyone to try to undermine our editorial policy and create a general nuisance on our website.  Therefore, Remnant moderators reserve the right to edit or remove comments, and comments do not necessarily represent the views of The Remnant.
back to top
Last modified on Friday, August 7, 2020
Tweet

More in this category: « A Powerful Engine of Disenchantment: The Episcopal Program to End the Ratzinger Era BROKEN COVENANTS: From the Sanhedrin to Vatican II »