VANGUARD OF THE REVOLUTION: The Global Idea of the Communist Party 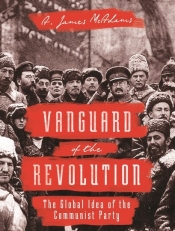 IT HAS OFTEN been remarked that Marxism is a kind of religion. The philosophy itself is shrouded in religious mystique, with adherents asked to begin from a leap of faith—dialectical materialism as the key to human history and the roadmap toward a perfect human society. The suspension of disbelief thus complete, the Marxist is free to make wild and untenable predictions, which inevitably fail to come true. When this happens, Marxists persecute their perceived enemies with a zeal far beyond anything any religion has ever been able to inspire. Marxists are even fond of cheap imitations of the Resurrection—the moldering, waxed-over corpses of Lenin, Ho Chi Minh, Kim Il Sung, Mao, and other dead communists lie in state here and there as sullen testimony to what eternal life looks like to a socialist bureaucrat. A rather sad religion, this, but a religion all the same.

And yet, while this truism is undoubtedly true, do any of us really understand exactly how far it holds? It is one thing to say that Marxism is a false creed, but do we comprehend the extent to which Marxism is a perversion of the One True Faith? In his new book, Vanguard of the Revolution, Notre Dame history and political science professor A. James McAdams gives us a glimpse of this twisted creed by presenting Marxism as the creator and creature of world communism. While we tend to associate communists with various places today—Vietnam, Russia, North Korea, the Bronx—communism began as a universal idea. Reading McAdams’ global history of the Communist Party—which, to be sure, is not framed religiously, and is instead a straight and scholarly account of a party and an age—allows us to recover the original scope of the ideology, and thereby to come to a fuller understanding of communism as a substitute for religion.

First, it must be remarked that communism has been parasitical on Christianity from the beginning. When Marx called on the workers of the world to unite in his bombastic manifesto of 1848, he was appealing to a chaos that was engendered by the slow breakdown of Christendom and its replacement with so-called “Enlightenment” ideas. The revolutions that swept across Europe (and also gnawed at North America) in that year were part of the long train of anti-religious political uprisings that had first stirred in the late Middle Ages and early Renaissance. The goal of revolution was always the overthrow of the Christian order, and Marx was merely one more societal vandal along the line. As Christendom broke down, revolutionaries took over—this is not a coincidence, and is crucial to understanding communism as it really is.

In addition to the structural symmetry—as Christianity was trampled the communists rose rampant—the parallels between communism and Christianity are eerie. A stepchild of millenarianism, communism was always breathlessly announcing the imminent end of the world as everyone knew it and the rebirth into a better world to come. As cultural critic Terry Eagleton lays out in his latest book on Christianity and Marxism, the communists can be seen as iterations of the Biblical anawim, the downtrodden of the earth out of whose sufferings the new day will be born.

Likewise, communism was also first captured in a particular linguistic and cultural matrix before being universalized. The New Testament was written in Greek and then translated and disseminated to all the people of the world. For communism, the original language was German, and then Russian—everything else followed from there. It was the Russians under Lenin who established proprietary control over Marx and Engels with the rise of the Bolsheviks and the beginning of their revolution in 1917, and after that aspiring communists from around the world would have to learn the language of the Muscovites if they were to make any real progress as a soviet worthy.

Communism also had to contend with a host of pretenders in the early days, just as the first (and indeed later) Christians fended off challenges to orthodoxy from all manner of oddballs and cult-like sects. The Bolsheviks, for example, were so named by Lenin to emphasize their majority status among the various parties. In fact, the Bolsheviks were the minority, and their rivals, the Mensheviks—which means “minority”—were the real majority. (This brings up a feature of communism which is not shared with Christianity: namely, that the former is a tissue of lies.) 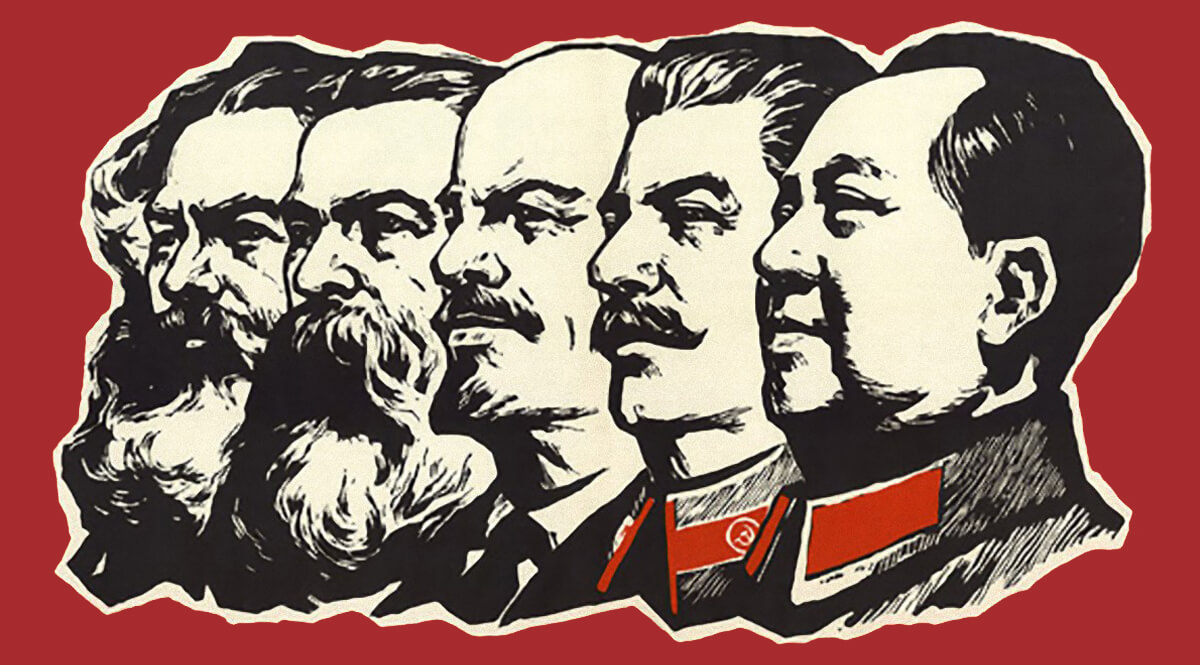 McAdams’ extraordinarily well-researched and balanced volume is bedecked with language that calls forth the essentially religious nature of the subject at hand. This is not because McAdams is forcing the comparison, but is, rather, an unavoidable product of any historical consideration of communism as a world phenomenon. The communists themselves spoke in religious terminology, and they conceived of their project as a kind of great global awakening. McAdams is simply repeating what his subjects have said.

For example, when Fidel Castro won the prize of Cuban dictatorship he claimed that he was merely “carrying out the will of the ‘Master,’” José Martí—a trade-off that McAdams characterizes as a “holy succession”. (Like most communist tyrants, Castro was a rich kid. But I digress.) Soviet dictator Nikita Khrushchev was criticized by his rivals as acting like a “priest,” although Khrushchev all along maintained that he was simply acting on “our holy Leninist principles”. Stalin, whom Khrushchev famously denounced after Stalin had been safely dead for three years (I would have waited longer just to be sure), himself “denounce[ed] opponents like Bukharin for their supposed crimes against the faith” of, well, Stalinism. Stalin’s Yugoslavian enemy, Tito, was “excommunicate[ed]” for defying the will of Moscow. The Kremlin has spoken, etc. Indeed, Stalin’s Short Course on the history of the Russian communist party was a “reliable catechism” that other communists were bound to follow, or else.

Chinese communists eventually broke with the Stalinist line, and yet even in China “some died for their beliefs”. The Chinese communists’ forefather, Sun Yatsen, dispensed with the inconvenience of swearing oaths to lesser gods by having his followers swear oaths directly to himself. And when Lenin finally croaked, his cold, dead body was hailed with shouts from the public (those who survived Lenin’s Cheka, anyway) of, “Lenin lived, Lenin lives, Lenin will live!”

Communists (or socialists or Leninists or Marxists, what have you—the distinction matters little to the dead) have killed hundreds of millions of people, the vast majority of them poor. As a manqué of Christianity, it is obscene—it got Golgotha right time and again, but could never quite get the hang of Easter. And yet, as a religion, it thrives. Communists are filling up the halls of the US Congress and have long held American universities in their sway. (Your humble correspondent was “educated” by a gaggle of them.) Communism did not die with the collapse of the Soviet Union and the fall of the Berlin Wall. Long before the global crack-up of the various communist parties, communism had metastasized into Cultural Marxism—the thing that fell apart in the late 1980s and early 1990s was just the cicada shell of the old communism, a trifle. If you think communism is dead, think again. The old beliefs die hard, and McAdams’ fine new volume gives a very good idea of just how fanatically those beliefs were held by adherents worldwide. Catholics, and anyone who cares about the safety and happiness of their loved ones and fellow human beings, should stop whatever else they are doing and learn what communism was, what it became, and what it is stalking next.

[Comment Guidelines - Click to view]
The Remnant values the comments and input of our visitors. It’s no secret, however, that trolls exist, and trolls can do a lot of damage to a brand. Therefore, our comments are heavily monitored 24/7 by Remnant moderators around the country.  They have been instructed to remove demeaning, hostile, needlessly combative, racist, Christophobic comments, and streams not related to the storyline. Multiple comments from one person under a story are also discouraged. Capitalized sentences or comments will be removed (Internet shouting).
The Remnant comments sections are not designed for frequent personal blogging, on-going debates or theological or other disputes between commenters. Please understand that we pay our writers to defend The Remnant’s editorial positions. We thus acknowledge no moral obligation whatsoever to allow anyone and everyone to try to undermine our editorial policy and create a general nuisance on our website.  Therefore, Remnant moderators reserve the right to edit or remove comments, and comments do not necessarily represent the views of The Remnant.
back to top
Read 2431 times Last modified on Friday, January 3, 2020
Tweet

More in this category: « THE BAPTIST: Did He Doubt Christ? Andreas Hofer: Hero of the Sacred Heart of Jesus »