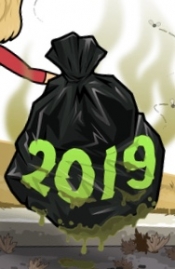 Puppet of the year:  Sixteen-year-old Swedish eco-warrior Greta Thunberg who declared her generation will decide the future. Her generation can’t even figure out if it’s a boy or a girl.

Best Clinton meme: Hillary and Chelsea patiently holding out their dinner plates at Thanksgiving. While Bill Clinton carves the turkey, he assures Chelsea, “We didn’t kill the turkey, sweetheart. It committed suicide.”

Phoniest political moment:  Kamala Harris who nearly came to tears disparaging Joe Biden about her experience of being bussed to school – leaving viewers to believe she grew up destitute and struggled, which is as far from the truth as you can get.  Kamala’s mother was a scientist and her father a Stanford University professor.

Favorite Christmas cartoon:  Hillary Clinton standing next to a Christmas tree. The caption reads: “Decorating a Christmas tree takes a lot of hard work. Ornaments are like Jeffrey Epstein. They don’t just hang themselves you know.”

Signage of the year: A sign outside a Schuylkill County tavern alerting patrons: “All Democrats Must Be Accompanied by An Adult.”

The Left’s favorite Christmas Toy:  A “Greta on the Shelf” doll that observes every carbon sin you commit and reports you to the U.N.’s Intergovernmental Panel on Climate Change, who in turn, raises your taxes and force-feeds you tofu.

Best Chuck Stroupism:  “Any president who is impeached and then acquitted should be allowed to serve a third term.”

Toy of the decade:  Mattel’s “Talking Muslim Doll” nobody knows what it says, because no one’s got the nerve to pull the string.

Religion of the decade: “Climatism.” Like any faith, Climatism has its own creed and eschatology.  According to Climatism’s prophets Greta Thunberg and Alexandria Ocasio-Cortez, society is on the clock and we only have 11 years to save civilization as we know it. 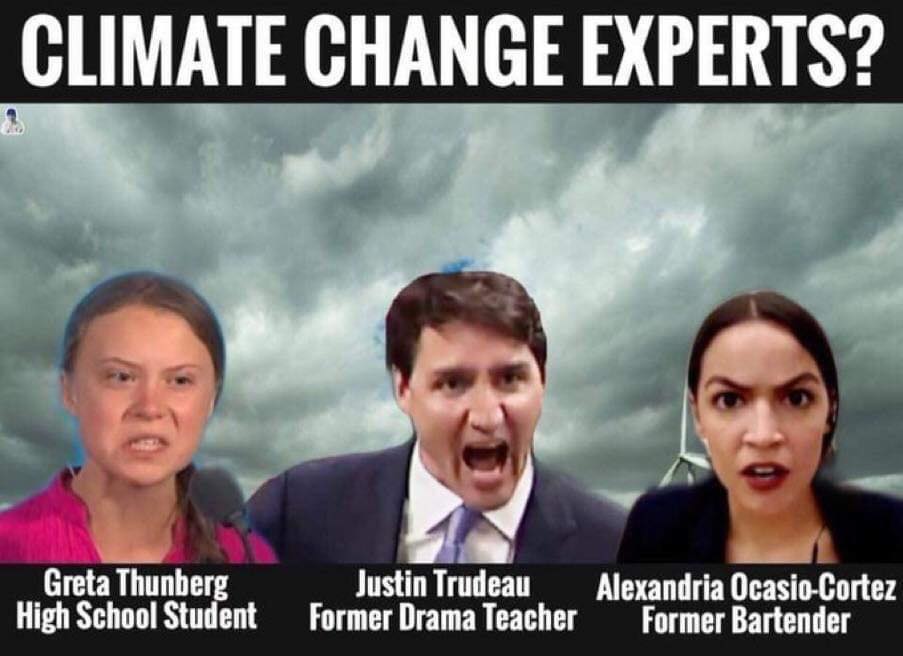 Dud of the year:  The Wall Street Journal who has limited online comments on their articles by refusing to allow readers to comment all published material that has always promoted thoughtful dialogue and in some instances was better than the original published piece.

Worst Book: “Anonymous.” Whoever wrote it is a self-admitted chicken who apparently still toils within the Trump administration.  A true patriot would resign and go public so their accusations could be verified.

Word of the Year: “They.” America’s oldest dictionary, Merriam-Webster, announced it is now acceptable English to use the plural pronoun “they” as a gender-neutral singular pronoun: as in, “Laurence told me they doesn’t identify as male or female.” If you think changes to our collective language is no big deal, you need to re-read George Orwell’s “1984.”

Ended with a Smack: Pope kicks off the New Year by slapping a marginalized woman from the peripheries. 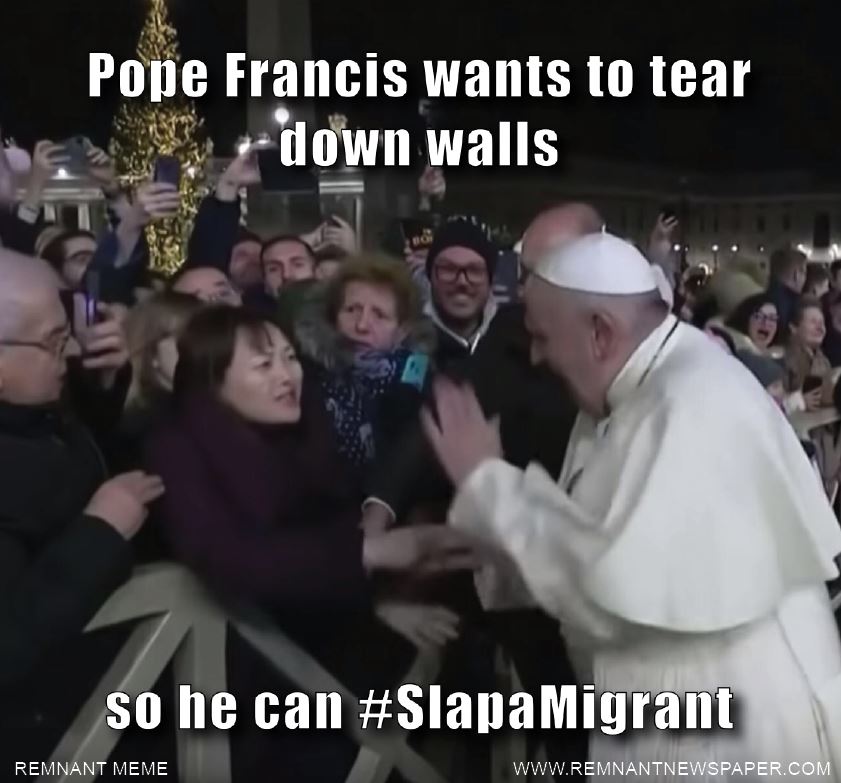 Since it was such an interesting year, I will welcome 2020 further with part two next week.

[Comment Guidelines - Click to view]
The Remnant values the comments and input of our visitors. It’s no secret, however, that trolls exist, and trolls can do a lot of damage to a brand. Therefore, our comments are heavily monitored 24/7 by Remnant moderators around the country.  They have been instructed to remove demeaning, hostile, needlessly combative, racist, Christophobic comments, and streams not related to the storyline. Multiple comments from one person under a story are also discouraged. Capitalized sentences or comments will be removed (Internet shouting).
The Remnant comments sections are not designed for frequent personal blogging, on-going debates or theological or other disputes between commenters. Please understand that we pay our writers to defend The Remnant’s editorial positions. We thus acknowledge no moral obligation whatsoever to allow anyone and everyone to try to undermine our editorial policy and create a general nuisance on our website.  Therefore, Remnant moderators reserve the right to edit or remove comments, and comments do not necessarily represent the views of The Remnant.
back to top
Last modified on Wednesday, January 1, 2020
Tweet

More in this category: « THE TWO POPES: Two Enthusiastic Thumbs Down THE BAPTIST: Did He Doubt Christ? »